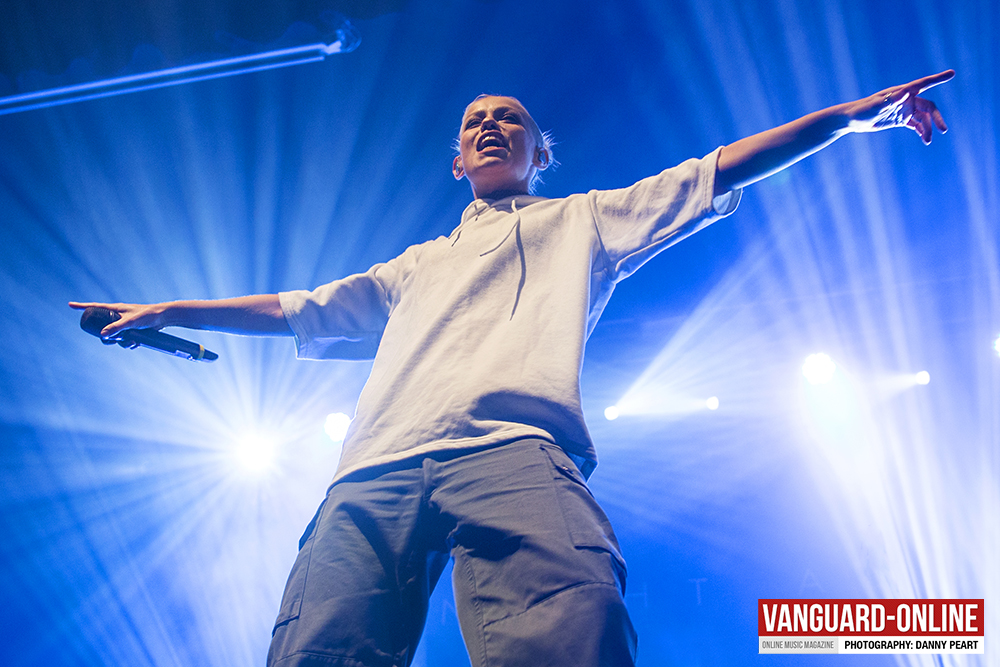 With an early curfew at the Manchester ritz tonight, we have the unusual kick off time of 6.30pm. But the line still runs all the way down to Oxford road far into the distance, proving the dedication of the Tonight Alive fans eager to capture a glimpse ofthe new album ‘Limitless’ live for the first time.

Waiting to greet the early turn out is Milk Teeth (6) with their set of grungy rock music. There is plenty of energy and head banging throughout the set from the four piece, but tonight’s crowd are a tough crowd to please. They hang in with their almighty stage presence right through until the end, when they manage to break through to the crowd which gets the Manchester ritz a little more loose. 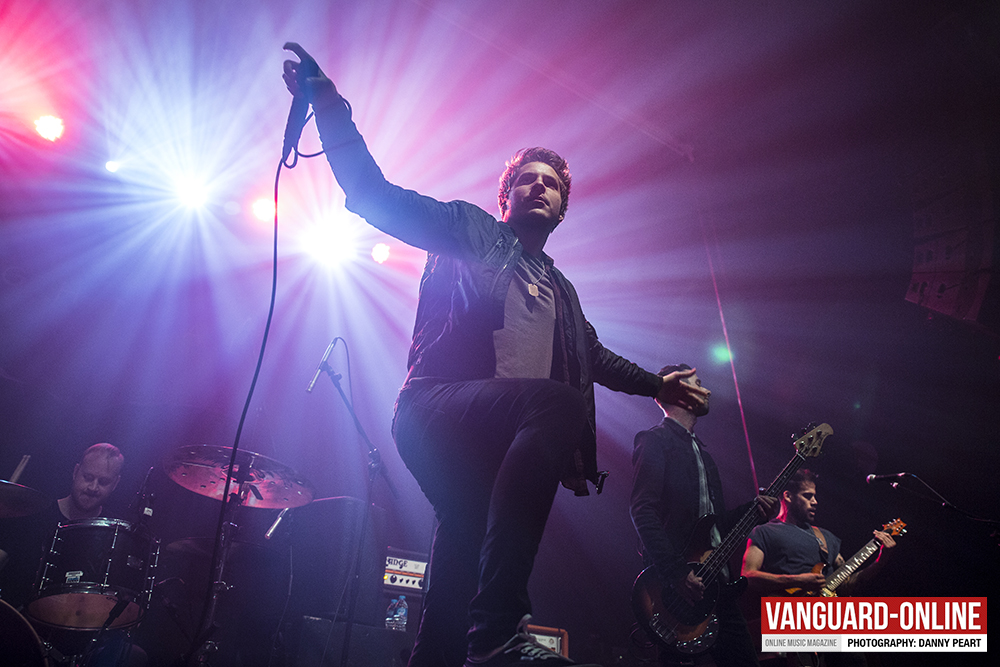 Following Milk Teeth is Our Last Night (7) who have the challenge of breaking the tough crowd, and they manage just that with their forceful blistering rock as they take to the stage with an almighty bang with the fantastic ‘Prisoners’.

Ironically vocalist Trevor Wentworth Is taking no prisoners, as he makes damn sure that everyone in the room is singing or moshing along to their full throttle set. The frontman pulls out the acoustic guitar for ‘white Tiger’ which sounds fantastic, and has the crowd singing back loudly with ease.  His vocals tonight are on point, and the band sound tight together as a unit throughout for an overly impressive performance.

“Manchester it’s time every fucking one of you wakes up, let’s fucking go!” Nobody is going to refuse to take orders from the demanding front man, and as ordered the Manchester crowd step it up for the final few songs.

‘Home’ and ‘Sunrise’ close the set perfectly, leaving the crowd waving and moshing along. The beautiful intro to ‘Sunrise’ has lighters and phone lights making the Ritz glow from front to back, before it explodes into its full throttle chorus, which has everyone on their feet.

Although you wouldn’t have expected Our Last Night to provide the perfect set to warm up the tonight Alive fans, they prove everyone wrong. They brought diversity to the show with their hard rock and certainly did the job of getting everyone ready for Tonight Alive. 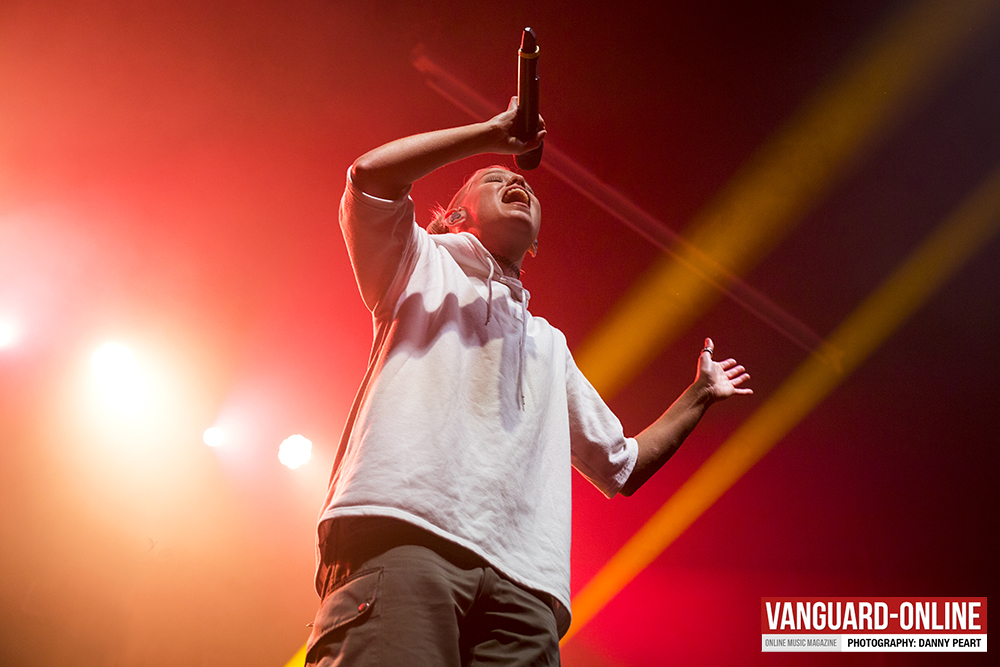 It’s been quite some time since Tonight Alive (8) were her in the UK finishing off touring the album cycle for ‘The Other Side’, so it’s predictable how excitable tonight’s crowd would be as they anxiously wait for Jenna and Co. to take to the stage.

Luckily they don’t have to wait too long, as the Australian rockers appear to the opening riff off new track ‘To Be Free’ giving us an instant insight into the bands new material. ‘The Fire’ follows with a more than enthusiastic performance, which rubs off straight onto the crowd and has everyone on the floor singing and jumping along.

The show powers on with ‘The Ocean’ and ‘Hell and Back’ to it’s full potential and the energy glows from both the stage and the crowd as Jenna dances across the risers at the front of the stage, whilst guitarist Whakaio, and bassist Cameron Alder make full use of the space available diving around the stage enthusiastically. 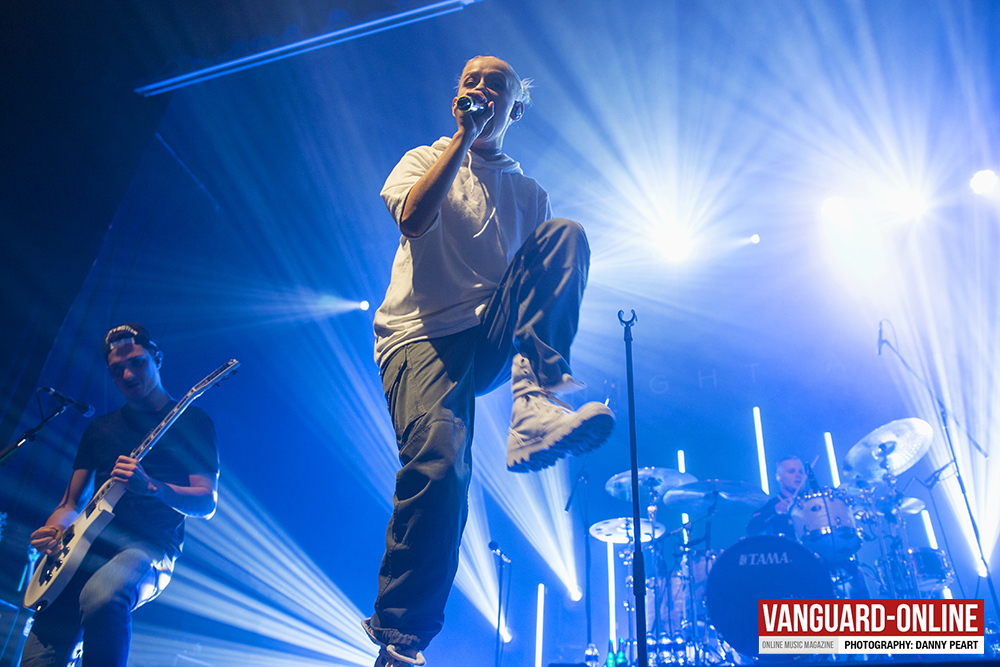 An emotional performance of ‘Emilia’ soon follows which provides a heart-warming moment, as Jenna’s sings her way through the track beautifully for her lost but not forgotten friend who it was written for.

Another special moment follows soon after with the band leaving Whakaio and Jenna alone, sat on the risers with legs crossed like well-behaved school children with an acoustic guitar. Jenna requests the crowd put away their mobile phones for a couple of songs so she can “See everyone’s beautiful faces”, as they play through a stripped back mini set of ‘Complexes’, the fan requested ‘Safe & Sound’ and ‘The Other Side’. It creates a real memorable and unique moment that we don’t often see at a Tonight Alive show, and we’re left wondering why not? With Jenna’s beautiful vocals over the raw acoustic guitar surely it’s something that should always feature?

The peaceful and magnificent ‘Human Interaction’ introduces the band back to the stage, and it sounds brilliant when it kicks in, with Matt Best’s drums and Cam’s Bass line over Whakaio’s acoustic guitar. The new tracks so far tonight are surprisingly just as strong live as the usual’s, proving the fans and band alike have been rehearsing the new tracks heavily ready for tonight’s show.

An emotionally charged speech from Jenna leaves the crowd chanting, “I always have a fucking say”, before she states “This next song is about not letting other people control our happiness “. As ever, ‘Wasting Away’ is pulled from the older material which goes down a treat and picks up the pace perfectly, especially after Jenna’s passionate speech which left a tear or two in our eye. 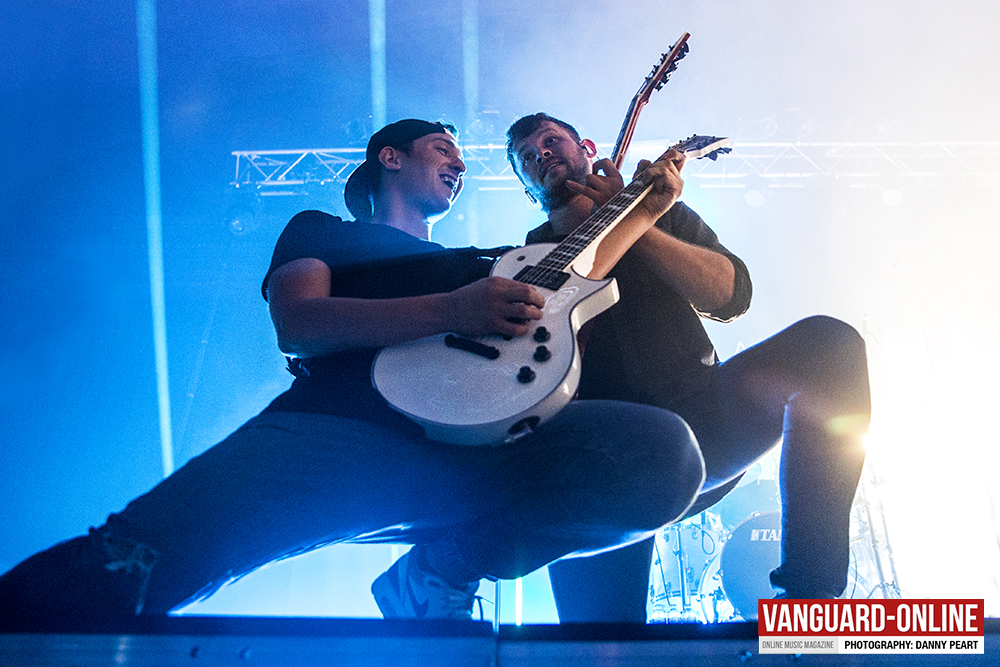 Tonight Alive are well rehearsed and stick to formation on stage throughout the show for a perfect display both visually and vocally. The explosive ‘Listening’ displays just this, and provides the highlight of the show which has everyone moshing along kicking and screaming.

When we first heard the new track ‘Drive’, we have to admit we had mixed feelings on the chorus, we thought it was a great song, but the chorus felt a little simple. But tonight we find out exactly why it is how it is. With it’s “Yeah yeah yeah yeah, no no no no” chorus, the crowd can’t help but sing along, proving the track is written perfectly for the bands live shows, and if we’re honest it sounds much better live than recorded!

‘Lonely Girl’ closes the set with the floor beneath us shaking as the room goes wild for the contagious chorus, leaving the band completely overwhelmed with the response from the crowd tonight. It’s likely to be one of Tonight Alive’s strongest performances in the UK, and they are only just getting started.

As soon as they finish off in the UK they head off to concur the world, and if they can put in a shift like they did tonight, they will certainly stand a good chance of proving they are limitless. 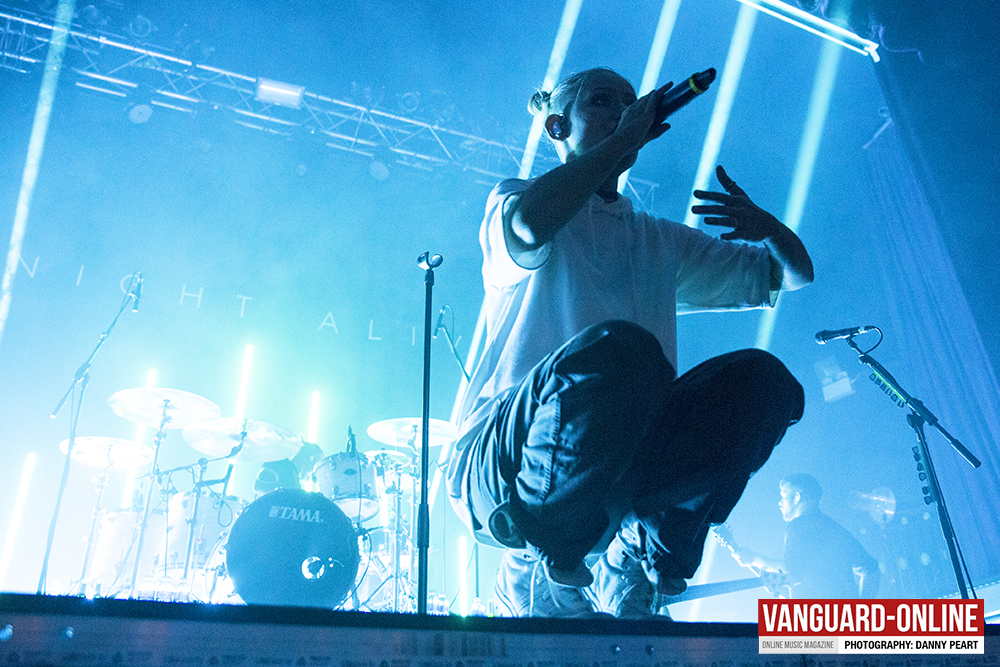