Tom Odell opens his sold out set at The Cambridge Corn Exchange with title track from his new album Jubilee Road. 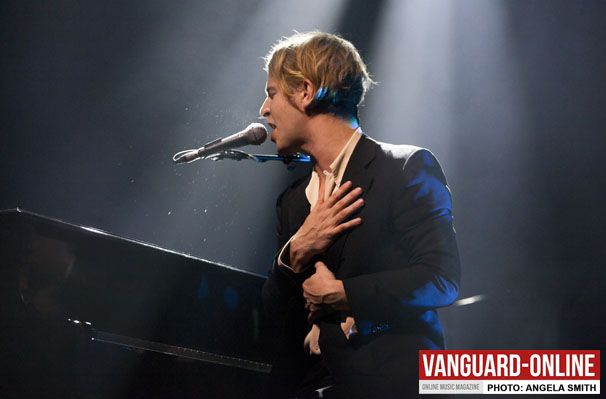 The single spotlight frames Tom Odell and his Grand Piano perfectly as the set starts with title track from his new album Jubilee Road. One by one, Bassist Max Goff, Guitarist Max Clilverd and Drummer Andy Burrows take their places surrounding Tom and the piano, standing in the dark until ‘I Know’ starts and the band are illuminated, raising the energy of the room. 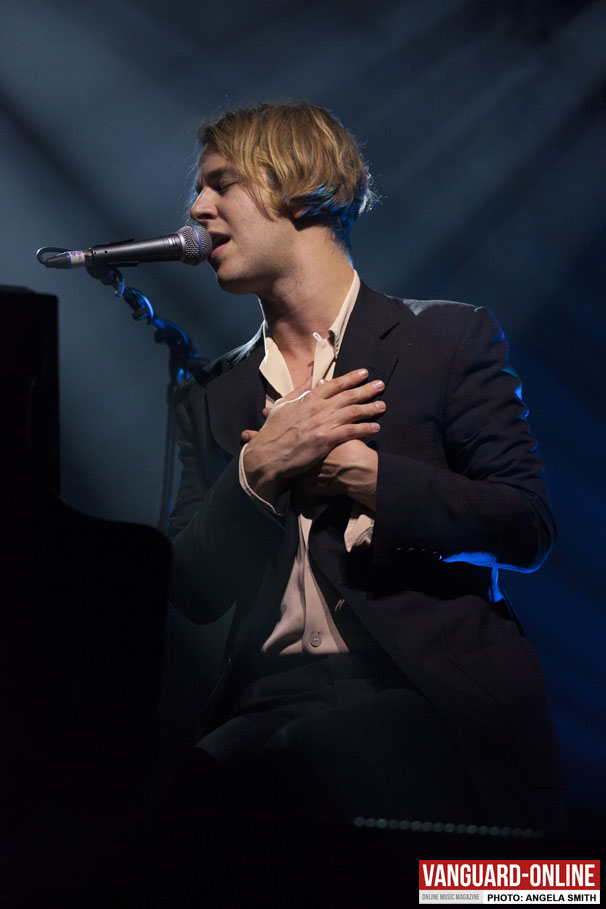 From the minute Odell walked on stage I was mesmerised. His cheeky chappy personality and bright smile also lie easy with the audience- who hang on his every word. The crowd clearly love him, shouts from women old and young declaring their love for him and you can see why. The boy next door with the floppy blonde hair takes you on his tales of heart break making you feel the passion he protrudes with every stroke of the keys. You can tell the piano is an extension of his body, learning to play and writing his first songs at the tender age of 13, the ivories are in his veins. Watching his hands glide over the keys sometimes so quickly, you couldn’t follow his fingers.

Odell has been slammed in the past for lack of involvement with the audience but this evening that’s clearly not the case. He gives us the back story behind the songs on the set list introducing You’re Gonna Break My Heart Tonight. Odell sometimes gets lost in the tale he’s telling and openly admits to the audience that he ‘has no idea what I’m talking about anymore’.

Failing miserably to whistle during of ‘Wrong Crowd’ he enlists the help of the audience, in which they duly oblige, only to be told it now sounds like a scene form snow white and the seven dwarfs. 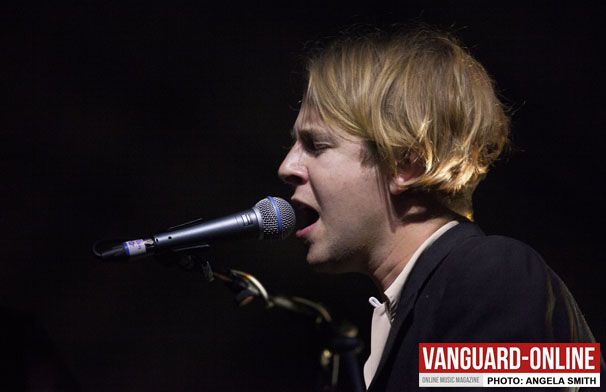 He’s not behind the piano for long, if he’s not in front of it, he’s behind it- but mostly, climbing about on top of it. There’s a little bit of a Rock star in Odell and it’s dying to break out. Directing the band in a fast-paced crescendo Odell drops to his knees on the piano then quickly disappears for an instrumental break. We find out shortly after he returns to the stage that his trousers had split, and he’d headed off for a quick change into a more flexible pair!

Odell switches effortlessly between power ballads and energetic numbers with a brief interlude of Fur Elise followed by John Lennon’s Imagine an unexpected song choice to say the least.Hits from his debut album, Long Way Down released in 2013 and second album Wrong Crowd from June 2016, fill this two-hour long performance. Wrapping up with Entertainment and everyone’s favourite Another Love,Tom and band leave the stage, trousers firmly intact. 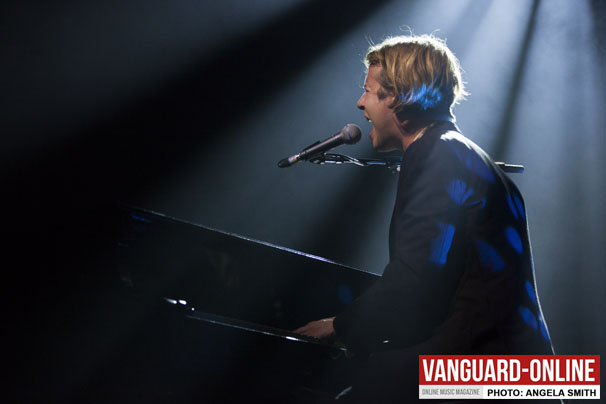 People started to leave after the second song of the encore expecting the gig to soon finish- desperate to beat the car park queues, they missed a treat of a further four songs. The ever popular Concrete, and new single with ‘unlikely’ newcomer Alice Merton Half as Good as You before blasting into Magnetised to finish the evening off leaving everyone in awe of the of the enigma that is Tom Odell. 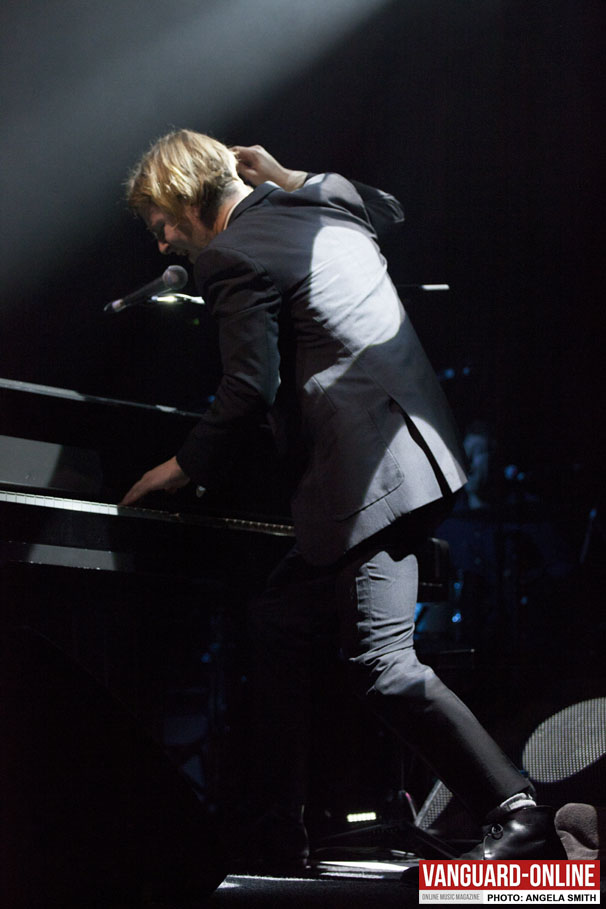 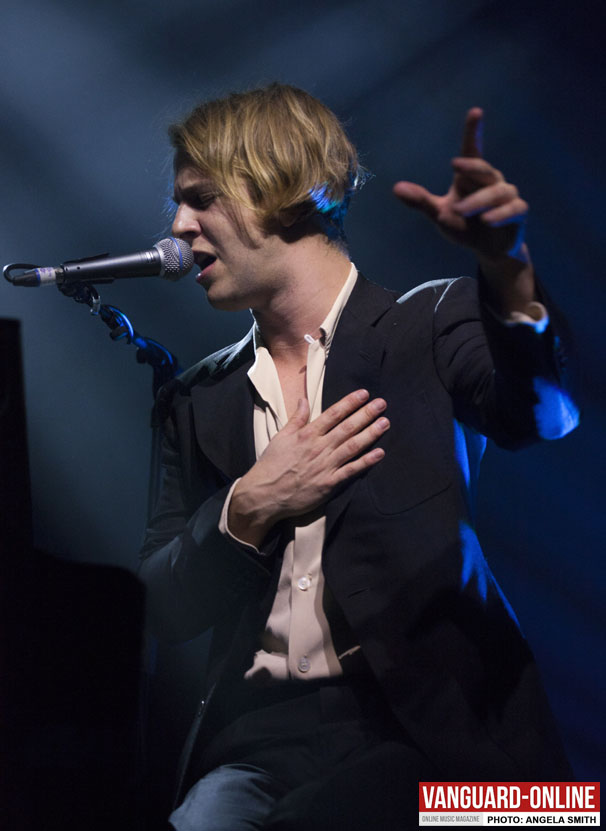 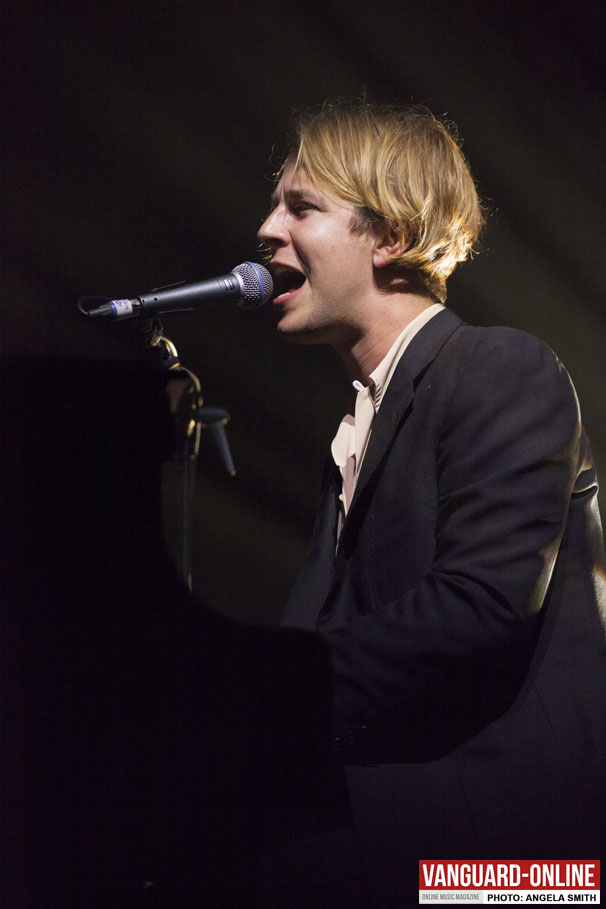