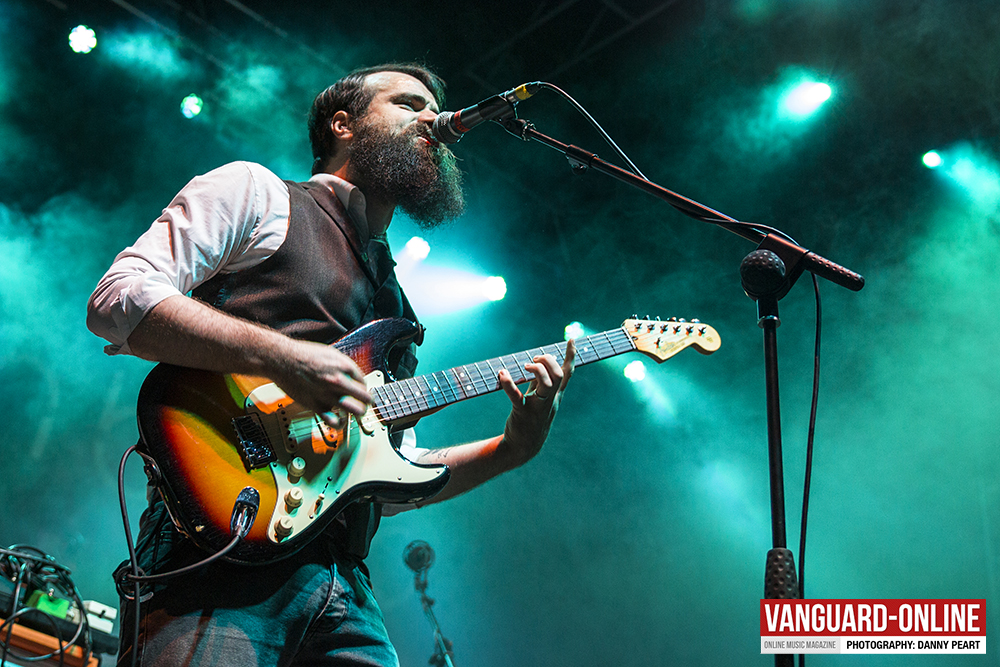 The early birds at Leeds Academy tonight are treated to Arcane Roots (7) who get the crowd warmed up nicely with the trios heavy rock riffs, with Andrew Groves furious riffs and screaming vocals, ‘Over and Over’ opens a small set and grabs everyone’s attention with it’s stripped back verse progressing into a Biffy Clyro like riff filled chorus. ‘If Nothing Breaks, Nothing Moves’ is another smashing song which closes the set perfectly. A quick tease of what Arcane Roots have to offer tonight, and we’re bound to hear a lot more from these guys soon! 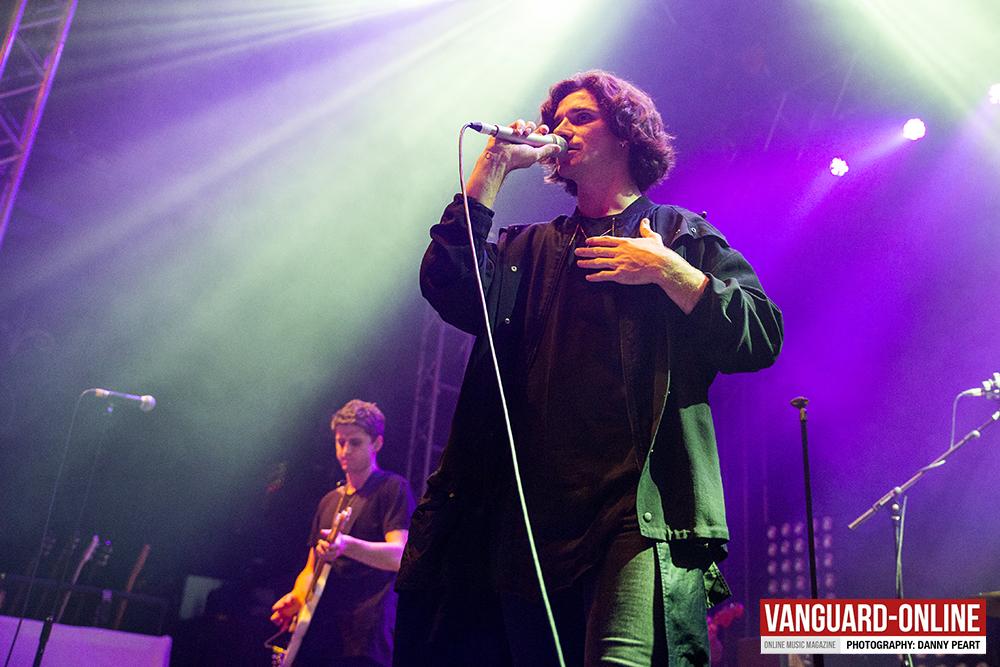 Bristol’s own Coasts (7) follow and take the stage carrying some hype from the recent months. They manage to win over a few new fans tonight with a short and sweet set of indie rock, which kicks off when ‘Modern Love’ has the crowd involved after a slow star to the set. They sound fantastic live and have a great stage presence centred around the frontman Chris Caines, who sounds brilliant vocally and looks comfortable on a large stage.

You can’t help but think of The 1975 when you see these guys perform, they have that swagger and confidence about them onstage. ‘A Rush Of Blood’ has everyone clapping along and ‘Oceans’ closes the set in some style with its powerful chorus leaving late comers wondering what they have just missed out on as the lads leave the stage to great applause. 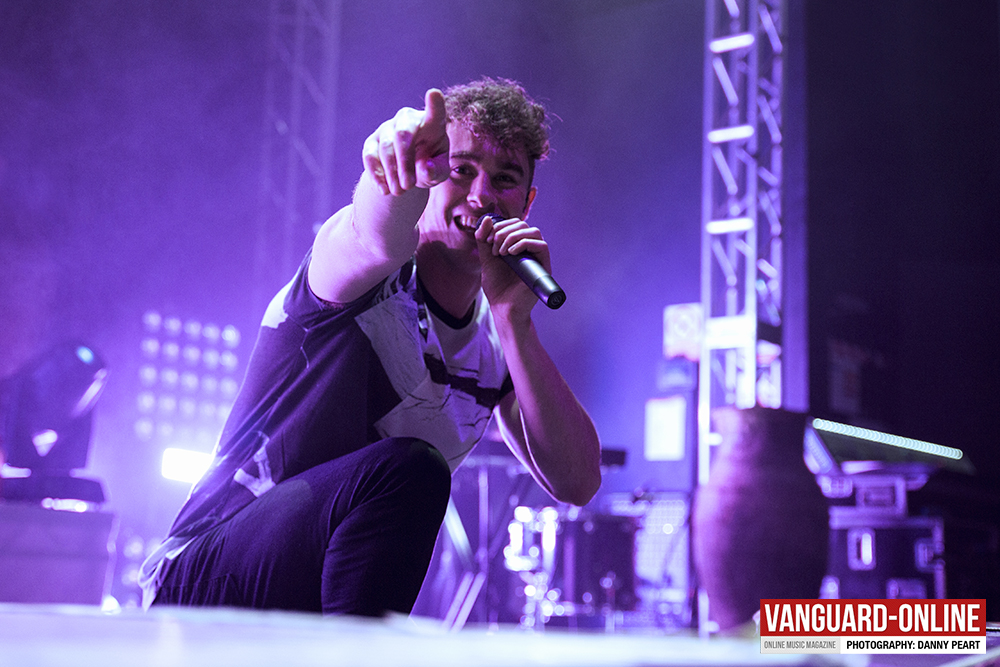 Being Don Broco’s (9) fourth visit to Leeds this year, it’s no huge surprise to see the venue hasn’t completely sold out, however the main floor soon fills up just before the band take to a blue dark gloomy stage with the opening riff of ‘I Got Sick’ suitably throwing us straight into the newer material from the lads hit album ‘Automatic’. The album cover backdrop appears as the lights wake up for the bouncy contagious chorus leaving the room jumping from front to back. Crowd favourites ‘You Wanna Know’ and ‘Automatic’ follow to keep the pace of the show high from the start, but ‘whole Truth’ seems to gear things up even more leaving everyone on their toes for the chorus.

‘Keep On Pushing’ sounds seamless as the band sound and look as tight as ever only a few dates into the tour, frontman Rob Damiani is on top form full of swagger and energy, and as ever lead and bass guitarists Si Delaney and Tom Doyle are bouncing off their ‘ego riser’ platforms front stage in sync looking rather well rehearsed. It’s safe to say the new material goes down great as the tracks from ‘Automatic’ get a huge response from the crowd who sing back every word without fail throughout the set. 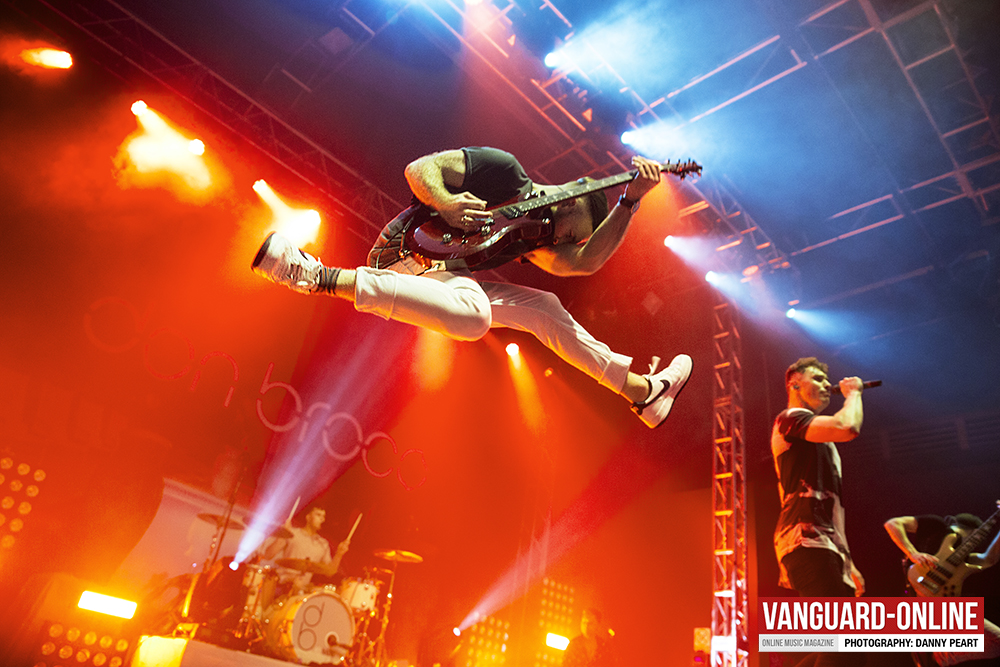 Older material doesn’t go to waste though, as the eighteen song set is built up solidly with a mix of hits from ‘Priorities’ amongst the new material, which produce moments of madness as the Leeds crowd can’t help but get moving to the likes of ‘Hold On’ and ‘Fancy Dress’, which finds the frontman soaring over the crowd at the front barrier with his camera, filming the crazy crowd on “Bobby Cam” during a Rage Against The Machine’s ‘Killing In The Name’ inspired outro.

The guys also keep the crowd well involved throughout the show having them participate in a Mexican wave, having the crowd drop low before bouncing up high into a chaotic chorus of ‘Automatic’, and of course the “Push Up Squad” dropping to the floor in the breakdown of ‘Thug Workout’ once again proving Don Broco are doing their part to keep the lads across the UK in tip top shape! 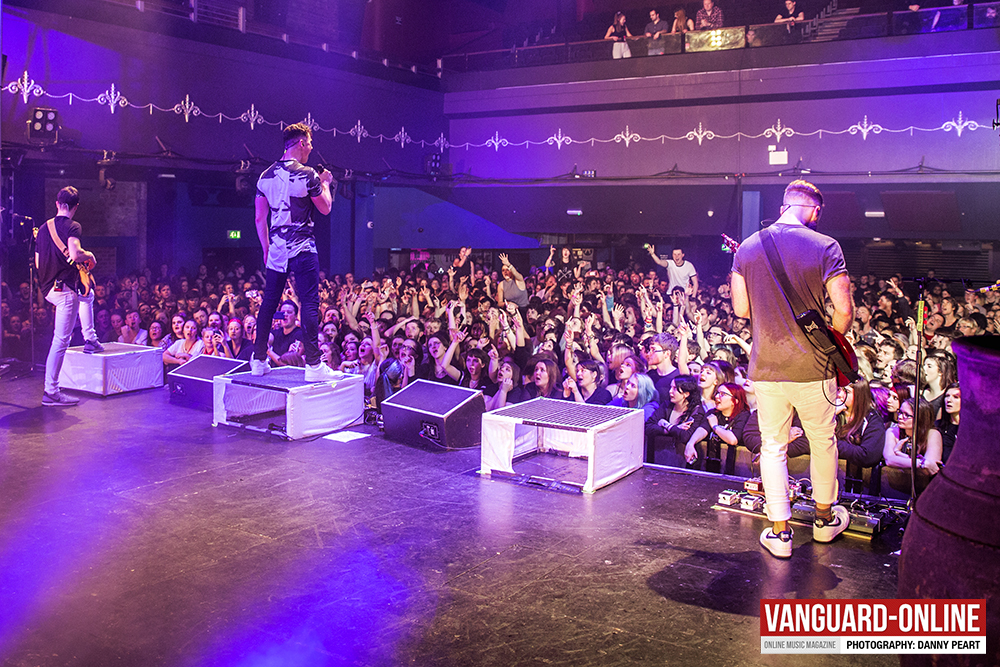 ‘Money Power Fame’ provides a set highlight as the room explodes with energy, reflective of the band who also tear across the stage flying through the air off their stage risers, before ‘Superlove’ creates another infectious sing along moment.

The Encore couldn’t start more furiously than with ‘Actors’ which sees the band hit the stage bouncing exactly where they left off, which then drives us into a solid performance of the crowd favourite ‘Priorities’, which starts with the trademark Broco walk, but this time with a rather confused looking Rob Damiani at to which guitarist Si Delaney wasn’t involved, but later managed to pull it off in sync at the end of the song to the delight of the crowd! 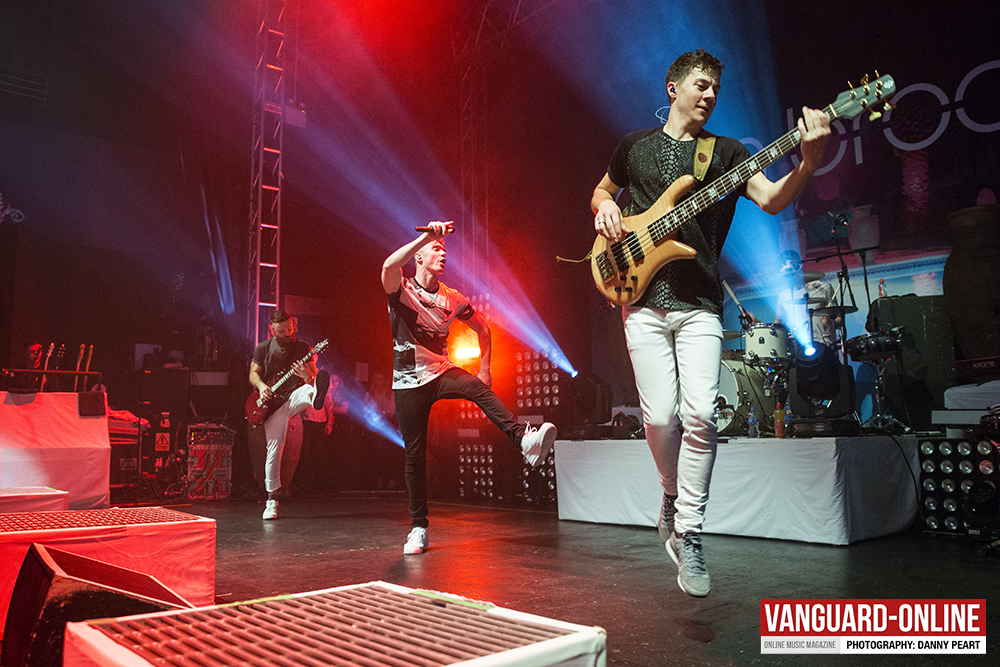 The brand new single ‘Nerve’ closes the night in a slightly less energetic style, but all the more powerful still with a strong vocal performance from Rob, who is grinning from ear to ear like a Cheshire cat, and deservedly so. A solid performance all around by the Bedford boys who are having the time of their lives on this tour, working their way across the UK to their biggest sold out show ever at London’s Brixton Academy! Onwards and upwards for Don Broco, and we can’t wait to see what’s next! 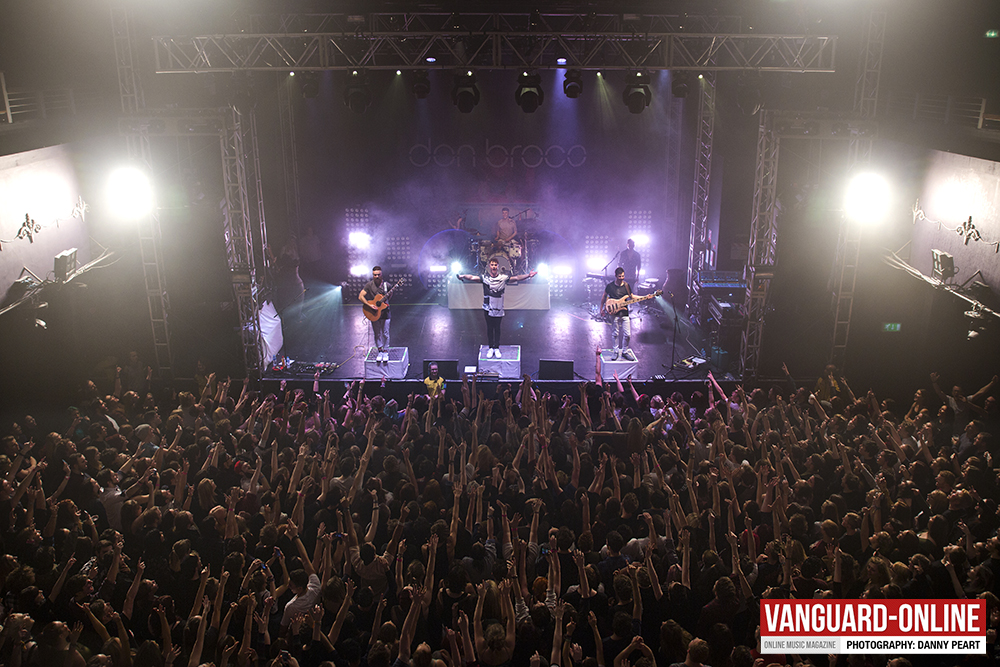