Not an easy band to be critical of, The Undertones seem so guileless and fun. There was nothing to criticise – if anything this performance was stronger than the last time I saw them, in 2011. And as much fun as the few times I saw them in their brief early career from ‘79 to ‘83. They moved fast in their recording career and shot through pop-punk to pop-punk anthems to purer pop to soul-pop before self-destructing. Tonight focusses on the first three albums and pure hedonistic fun. 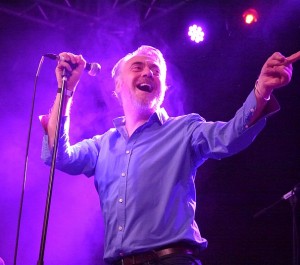 I loved a song title from second album, Hypnotised, ‘More Songs About Chocolate And Girls’. Talking Heads had recently released More Songs About Buildings And Food. Here was the alternative. Reforming at the turn of the millennium, without Feargal Sharley, the band brought in Paul McLoone. Six years ago he seemed a good replacement and fine front man. Now he’s the star of the show. Camping it up furiously, he leaps and poses, wiggles and grins, quipping as he goes. His foil is bassist Michael Bradley, and the pair keep the banter going.

“Is that a balcony?”

“I thought that was Simon Cowell and that woman up there.” 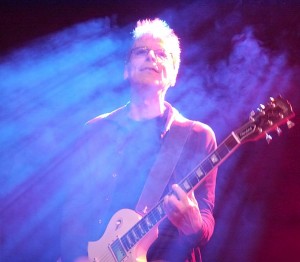 The set is a mix of old and, err, ‘new’. “Here’s one from our album before last”, says Paul, introducing ‘Oh Please’ from the fourteen year old album. “We don’t like to rush”. The newer songs are as good as the old and the mix carries us through an hour and a half of great song after great song. They don’t hang around. “Thirty-one songs. That’s more than you get with Coldplay. They’d play eight and they’d all be shite” says Paul McLoone. “Many of ours all have the same chords but they have a charm”, counters Michael Bradley. The O’Neill brothers keep to the sides and play guitar. Damien grins and solos, while John keeps it serious and moving along. 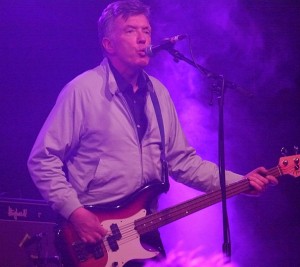 Obviously the first two albums are the canon but a good number from Positive Touch are featured, some hardened up a bit. Of the fourth, we only get ‘Love Parade’. The crowd laps it up and everyone is all smiles, from the middle-aged blokes reminding themselves of their teens to the younger folks who just like a slice of quality pop. I could quibble about the odd omission – no ‘Let’s Talk About Women’ (though its flip-side, ‘You’ve Got My Number’, is a stand-out of the evening), no ‘Mars Bar’ (though Damien is thoroughly sick of it).

So many good songs. Such a good vibe. Such fun. 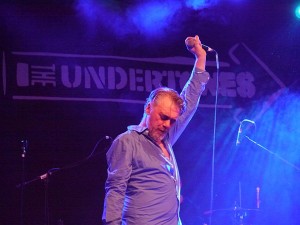 See what Damien had to say to us.