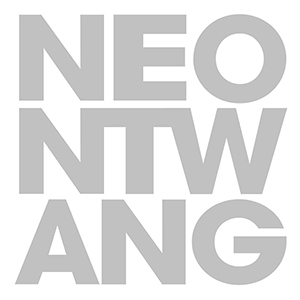 The Twang are back with new album, ‘NEONTWANG’, which sees the band continue producing the alternative sound that trances listeners into every little note. An important moment for the band as they release their fourth album, deciding to go back to the core values that have kept them together as a writing unit for over a decade.

The album opens with track ‘City Lights’, an atmospheric industrial essence with the poetic vocals from Phil Etheridge smoothly carrying the tune. This is followed by the brilliantly titled ‘Larry Lizard’, which ups the beat with some interesting lyrical storytelling of the adventures of Larry Lizard.

Completed with delicate melodies accompanied by overdriven industrial noise, ‘Neontwang’ paints a beautiful vision in their sound. Previously leaked single ‘The Wobble’ points the way in which direction the album takes, with some great experimental use of vocals.

There is an interesting ending with obscurely titled ‘Bywyd Da’, which will not throw the Welsh listeners among their fans. Translated as the ‘Good Life’ it is a suitable end to a genuine album.

The album may not live up to the expectations of the popular singles ‘Either Way’ and ‘Barney Rubble’, but still has momentum with the raw catchiness of ‘Larry Lizard’. Definitely worth a listen regardless to whether you’re a Twang fan.