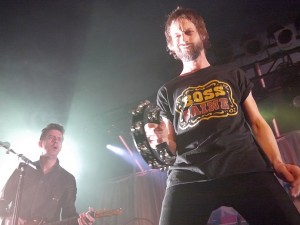 At the newly re-opened Beckett Students Union, The Temperance Movement drew a capacity crowd of classic rock fans. Amid the crowd of thirty to sixty-somethings, the sense of devotion to an art-form of the early seventies was obvious. Arms were raised, fingers and fists prodded and punched the air. Choruses were sung and smiles shared. It was another world to this inhabitant of Vanguard Towers, who had blithely overlooked their work before and made a point of hearing no more than a couple of thirty-second bursts before going to the gig. It’s nice to be surprised. 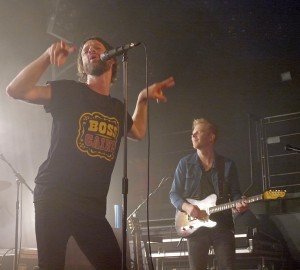 When Phil Campbell took the stage, I was even more surprised. A manic streak of lightning, he sped up and down the stage, leaving photographers agape and searching for the focus control. He leapt up and down, he jerked side to side, he engaged the guitarists and he ran laps. I may wake up in a cold sweat one night, shuddering at him grabbing his crotch and shoving it in front of my camera faster than the shutter could close. An atypical cock-rock front man, Glaswegian Phil is skinny and bearded, face screwed up with excitement. Imagine, if you will, a singing Bez on speed. On either side are guitarists – the Telecaster pulling off most solos – providing hard riffs and workman-like bottom of the fretboard blues solos. 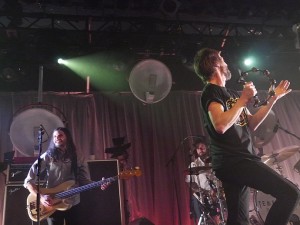 This is classic blues rock of the sort universities were full of in 1973. If you took the solos out of Lynard Skynard, this is what would be left. It happily fills an hour and a half with riffing and exciting rock, despite leaving me with no choruses to remember, though lessons could be learnt from bands of yore; inserting the semi-acoustic numbers from the encore in the middle would revitalise the audience. The set speeds up towards the end as the best-loved songs feature and the tempo becomes more rock-a-boogie. Get Yourself Free is followed by Only Friend as a spotlight hits the Telecaster hammering hard riffs with fills from his colleague and, after some moments to savour the sound, it evolves into an anthem. 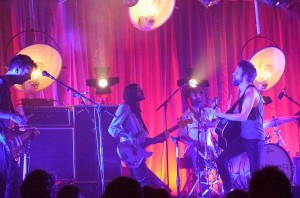 The four-song encore sees different flavours as, at the start, they drop back on the bass for a scat session which dances nicely, then Phil works an acoustic guitar. They drop into a Crazy Horse-type plod and approximate Neil Young’s Down By The River riff. The closer has space to breathe and a successful, chiming jam, the first good one of the set, thanks to the involvement of the bass. 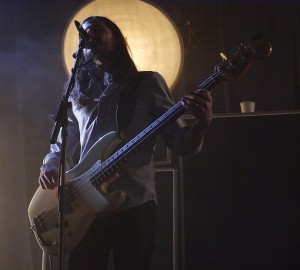 It’s a full evening and both surprising and pleasing to hear a band interpret and carry the spirit of an era to a new audience. If they had two guitarists more able to jam and carry lengthy solos, they’d be an even better bet. 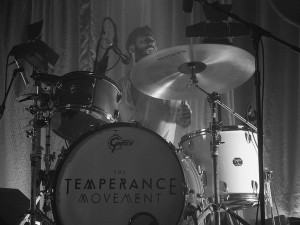 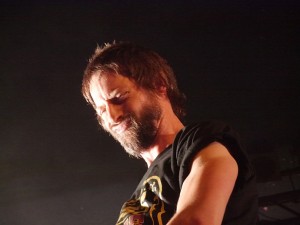