With those words, The Struts open their set, leaping up and down, Luke Spiller working himself into a frenzy before working the crowd into a similar one. It’s an amazing thing to see the sort of energy they pump into the crowd and the whole floor of Leeds Stylus is moving, all the way to the back. The Struts work very hard at entertaining and are blessed with a frontman who appears to be having the time of his life. Luke Spiller arrives on stage bouffanted, frilly-shirted, eyes made up for emphasis. Within two songs, he’s a dripping ball of strutting sweat. 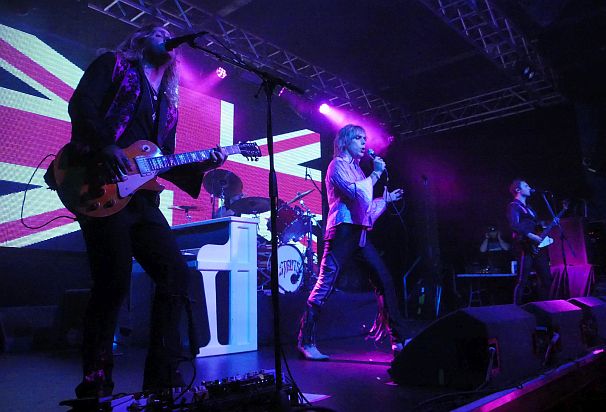 The sound is an updated version of Glam Rock and the band have covered Sweet, Bowie, Queen, etc previously. They have a magpie eye and borrow the best of riffs from the best of places to support the magnificent instrument that is Luke’s voice. In the late Seventies the NME revelled in working out which bits of the Beatles that ELO had nicked for their latest single. Tonight I’m exchanging glances with a friend every time we spot borrowed bits from Seventies acts and it’s a big smile for the cheek and chutzpah. I hear a bit of Ballroom Blitz, then a snippet of Black Betty, then some Bowie; like I said – the best. Nothing outrageous, just enough to bump up the pressure, to give a smile, to catch the ear. But the bounce, the drive, the buzz, all belong to The Struts. 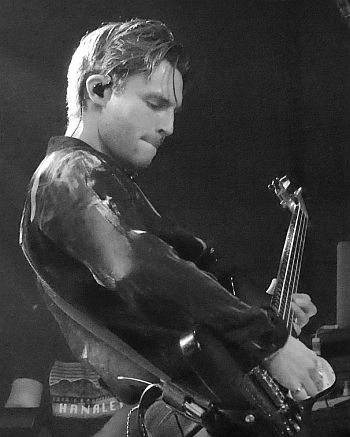 There’s a myth that Luke was approached to front the new Queen, and he has the voice and cheekbones for it but the big thing about him is the showmanship. Utterly in your face and charismatic, he tell the crowd how much they love him – he woos, seduces and shags the crowd. Moving on from ‘Primadonna’, it’s non-stop much of the time, with ‘Body Talk’ and ‘Kiss This’. The odd ballad allows pause and another stand-out arrives in the piano-led ‘One Night Only’, which sounds like six different Seventies riffs stuck together to create a confection of fun as Luke’s vocal gets very Freddie Mercury and Jed goes Brian May-ish. If you could condense the gig into two songs, it would be this and the next, ‘Dirty Sexy Money’ – “she’s got what she got, ‘cos she’s so shit hot”. Luke shouts “scream it like you mean it! Anyone feeling dirty?” 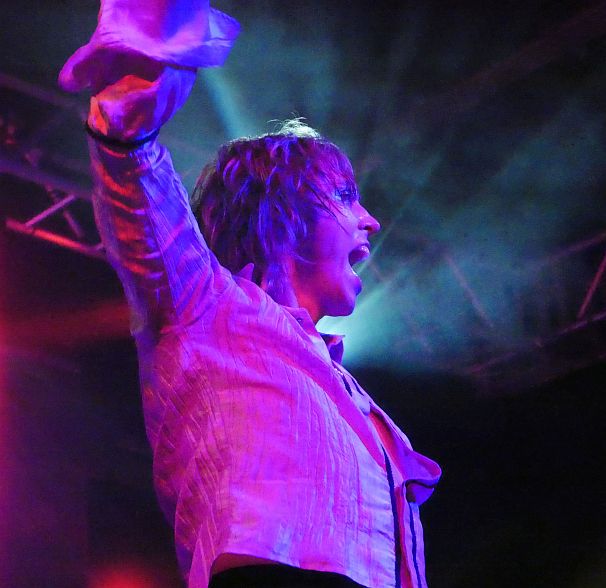 Adam Slack works hard on bass, posing appropriately and Gethin Davies provides an excellently forward-moving drum backline, both in camp-ish stage uniform of black stretch with seam piping. Jed Elliott’s guitar is nowhere polished and his moves out of kilter with the rest but what we really need is a bit of guitar mangling and a set of squally riffs, and he nails it. At times the squawk box sound touches on Brian May’s style and no-one is going to complain about that. A new song (‘Falling’) dampens things slightly but some audience participation keeps us sufficiently on track. Paired with the slower ‘Low Key In Love’, breath is regained and the slightly dull ‘Mary Go Round’ is acoustic. Ever the showman, Spiller keeps up the connection by demanding people wave their phone lights power-ballad style. That’s something special they do – they tell the crowd what to do and it works. No-one stands there with their hands in their pockets – Luke has told them to clap, wave, sing or jump and the sweaty crowd is grateful to oblige. If he wasn’t fronting a rock band, Luke could be ringmaster in a circus. 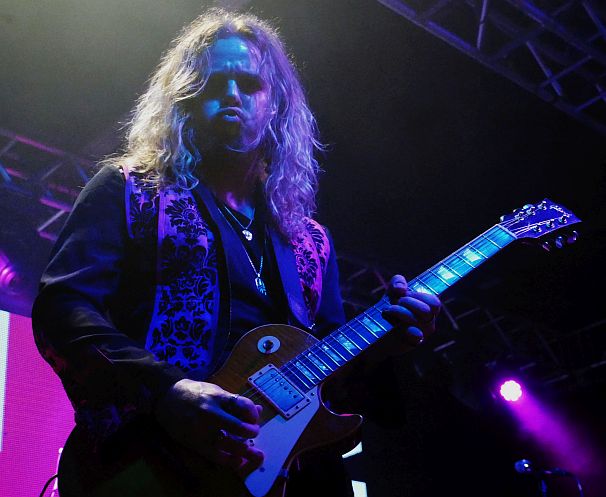 ‘Put Your Money On Me’ instantly sets fire to proceedings again, some old favourites are acknowledged in a medley, Chris Isaak’s ‘Wicked Game’ is turned into a stadium-rocker, complete with a chance for Jed to shine on fretboard mangling and ‘I Do It So Well’ delves into Queen territory as it goes into the sort of break-down that ‘Now I’m Here’ used to get. ‘Strange Days’ shows they can do slower ballads in a huge arena style and win, while ‘Could Have Been Me’, on record a storming rock number with some of Spiller’s most Mercurial vocals, sounds tonight  like an Indie anthem, something Shed Seven might be doing on the revival circuit. Not that anyone in the crowd cares – they are exhilarated / knackered from bopping, shouting and grinning. This is a band with a limited number of truly memorable songs that sustain themselves on pure energy, emotional commitment and the sort of charisma that puts dictators in charge of empires. Thanks God The Struts only want to rule the stage. 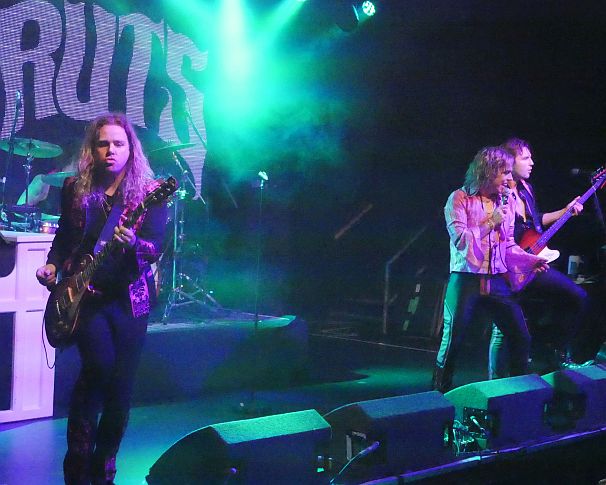 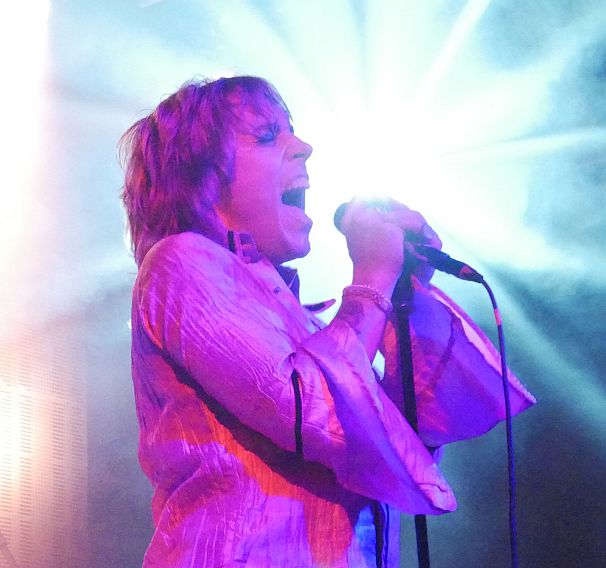