A good audience makes for a good gig, and a lot of that is about the expectations of that audience. Have they gone out to “see” a band or are they there for a night out. And how are they expected to behave? Do they need to be cool, friendly, fighty or what?

The Skints have two things in their favour here: 1) They’ve worked really hard at gigging frequently to build their crowd. 2) The crowd have brought a whole lot of cultural expectations. Some of those cultural assumptions are ludicrous but they do make for a top night out. The crowd is there to dance and there isn’t one person, from the front to the back that isn’t moving – and that feels great. 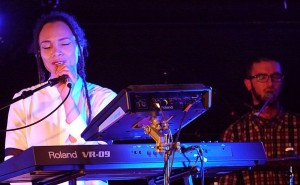 There’s a deal of silly socially-constructed reggae culture clichés here tonight: Drinking Red Stripe, the lad sharing weed in the loos, the other guy trying to buy some Blues or valium, the white dreadies, the ska hat crew and a lot of waving hands in the air and trying to walk like Jimmy Cliff. None of it spoils the party atmosphere and the packed-out venue is dripping with sweat from early on. 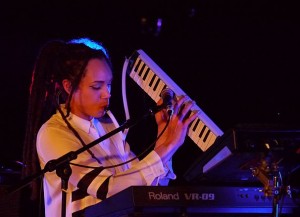 The band themselves work it very hard, keen to show off their variety. In the first 4 songs they play Dancehall, Ska, Reggae and something Dubby. Then they move on to soul influences and bits of garage. It’s quite a range and keeps the energy up. Even more interesting is that they don’t play straight versions of anything, each is done their own way, largely thanks to Jamie Kyriakides on drums, who plays against expectations. So reggae sounds like reggae but there is a dubstep twist. Ska sounds like Ska on the surface, thanks to the rhythm guitar but has a reggae bass. 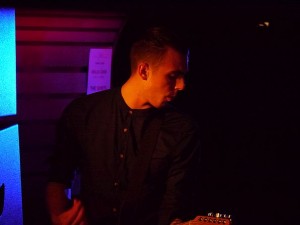 The band share vocal duties and Joshua Waters Rudge on guitar plays the lead role in raising the energy, bigging up the audience between songs and doing the chat. His patois is a spot puzzling in an East London boy but seems a pre-requisite for the music. Marcia Richards is the musical star, providing essential keyboard rhythm, sweet syndrum “pow”s and occasional melodian intros (more please….). Her vocals fall nicely outside what you’d expect, making for more of the “doesn’t fit the pigeonhole” twist. 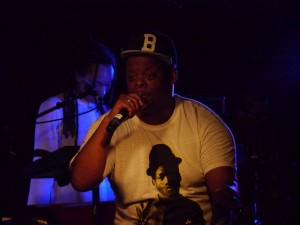 Creating a huge surge of energy, the band has Tipper Irie (“Hello Darling”) with them on tour, who guests on a number of tracks and causes a huge sea of arm waving. The energy and vibe is sky-high tonight. 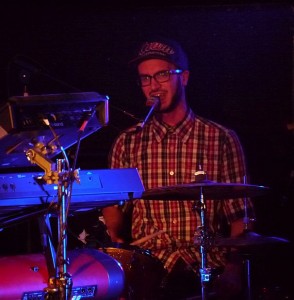 One thing I’d like to have heard from the band was cover versions but they did drop one in – from Black Flag, just to confuse and confound. After a weaker song to close the main set, they bounced back with a double encore of two of their most popular songs – Up Against The Wall and Culture Vulture – the heavy bass reggae of which started an unforeseen moshpit.

In all, this was a great and unusual night – it was fantastic to see an audience who were into it and dancing instead of fiddling with their phones. I’ll be there next time, too.