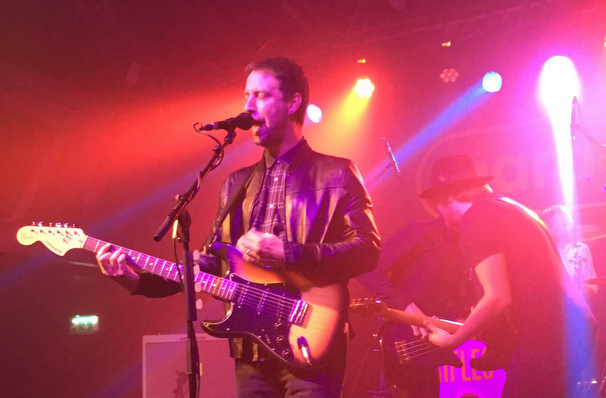 Whilst music played through the speakers, fans for The Rifles were crowded around the front of the stage and the venue was almost full. The Foundations song ‘Build Me Up Buttercup’ came on. The crowd, all excited and buzzed up, sang along.

The Rifles released their fifth studio album ‘Big Life’ on the 19th August.

The Rifles craft catchy and effortless pop songs with strong melodies and instant hooks. ‘Big Life’ was produced by Charles Rees at Black Barn Studios thanks to the band’s long-term mentor and collaborator Paul Weller.

The Rifles came on to whistles, screams and roars. Joel, together with band members, saluted the crowd. Joel was suave with his checked shirt and leather jacket. Lucas sported a black hat, black T shirt and skinny ripped jeans. Rob had a black shirt and skinny jeans and shiny smooth hairstyle. Grant had a light long sleeved shirt and a rose sitting on top of his drum kit.

The band launched into ‘Minute Mile’. The crowd loved this opening song, joining in with the chorus. The band moved straight into ‘Heebie Jeebies’. They really zoned into each other and hit off each other producing a superb guitar tune.

‘Numero Uno’ was next up. I loved this song. Lucas kept going back to the speaker to check that his amazing riffs were ‘on spec’.

‘Great Escape’ came next, a track with flavours reminiscent of The Charlatans.

Joel performed his songs with his eyes shut – he loved to feel the vibe. The guitar riffs were off the hook.  Grant banged away with Rob jumping up and down.

Even though ‘woah woah woaaaah’ kept being chanted they didn’t perform ‘Romeo and Julie’ till way later.

The audience was three quarters men with the odd girlfriend here and there.

Lucas shouted “Hello Daniel” telling us that his cousin was in the crowd. He then asked “Has anyone got the new album?” Most of the crowd responded “Yeaaaaaah!”. “Course you have. Legends”

‘Peace & Quiet’ was next with the crowd in full swing jumping around. The band were looking at each other and smiling. What a lovely bunch!

Joel said “Ok so this one here is from the first album.” It was ‘Turtle Dove’. The crowd sung along, Grant dried his sweat off with a towel.

Joel couldn’t stop laughing at the crowds chants of “Here we fucking go!” 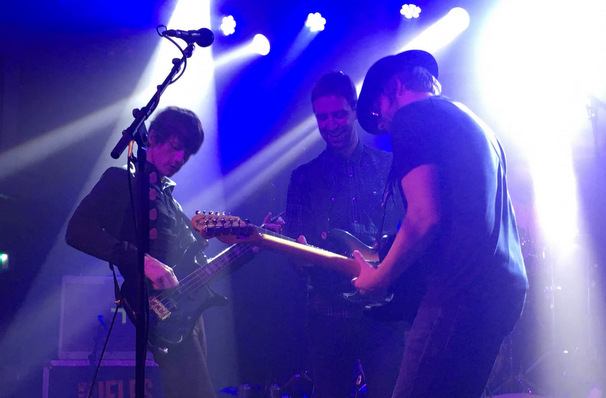 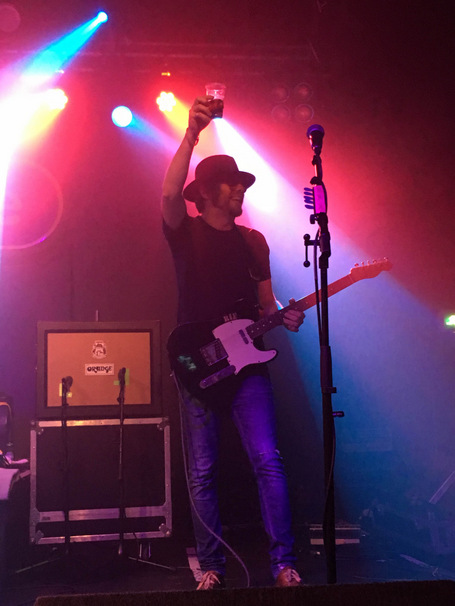 Joel and Lucas both changed to acoustic guitars and the rest of the band took a step into the wings. Joel sang ‘Victoria’, with the crowd joining in on the chorus. There was now a lovely slow pace to the set after the first half of madness.

Lucas played the second acoustic track by himself, Joel moving to the back of the stage. The crowd joined in, he even let them take over, I could feel vibes of Simon and Garfunkel coming off this tune. ‘Spend a Lifetime’ had the fans recording the moment on their phones, a keepsake forever of their favourite band.

The band then made a return to the electrics, played a few more songs, and then went off stage. The “Here we fucking go!” chants begin again.

At the end of the gig ‘The Rifles’ were queued out with fans wanting to meet them. The boys were amazing, giving big smiles even to the most drunken of fans who were difficult to move on. One fan recounted to the band that he had seen them four years ago supporting Paul Weller, and that they were better than Weller. Lucas replied “You got the gold man.  Bless you”. They signed the night away….. on merchandise, clothes and even on one guy’s chest. One fan even had a tattoo of the lyrics from one of their songs on his upper arm.

The Rifles desperately want to play The Barrowlands in Glasgow. I wish to see that soon as I truly think they deserve to be there, as do most of their fans. 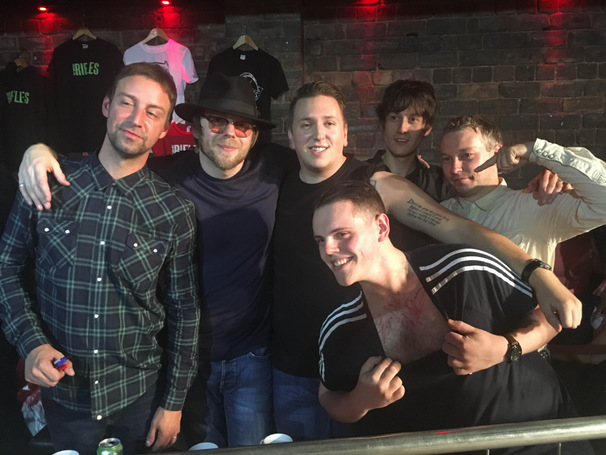 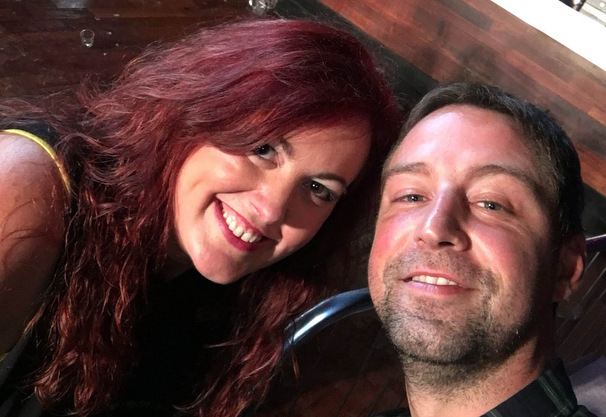