It’s a great little venue, The Wardrobe and walking down the steps into this cellar venue was made even better by the sound of the support band, who had just started. This sounds too loud for interval music, I thought, out loud – but too tight to be live. It was live and it was real; it was Samuel S Parkes, a local band recreating a Northern Soul sound on a set of originals. Drums hit a Motown pattern, the organ was all over it and a redhead with a tambourine and huge flares did Wigan-style high kicks and moves. Lyrically it was all about a girl turning up the heartbeat, running after someone, a girl coming crawling back  – you know the themes; timeless as the beat. A great band. 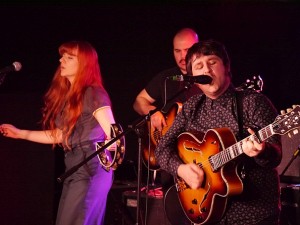 The Rifles were keenly anticipated. It was Friday night in Leeds and a mostly middle-aged audience was dressed to impress in Casuals. The men had brought their wives and a top night out was expected, with queues many-deep at the bar. It was a good-natured crowd with the many shoves needed to get back and forth for more beer being friendly rather than tense. 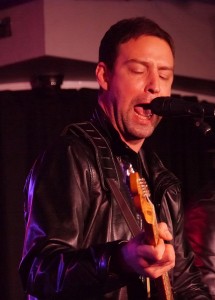 Rock music has been around for an awful long time now and it’s rare to create something that doesn’t owe a debt to something else. The Rifles, of course, come in for a lot of comparison to Britpop and others of that tradition. They do it well and they fuse different elements to make something very accessible and sing-along-able. They manage to fuse drums reminiscent of late-period The Jam with sweet and tuneful chord patterns and vocal melodies. Nearly every song has a big chorus and an opportunity to sing and point a finger in the air. It’s laddish. Of course. It’s an opportunity to bounce about with other lads / middle-aged men and indulge your emotions. Why not? 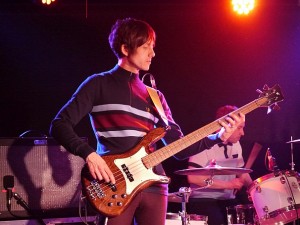 Visually we have a skinny bassist who has absorbed Paul Weller’s dress sense and haircut on a molecular level, a singer who shuts his eyes to sing heartfelt sentiments and a guitarist who channels the “Fedora and a beard” look to give the comforting soft festival vibe of easy tunes. There is laddish banter, a bit of piss-taking and some words for the audience, all good stuff for a night out with the lads (and the wife). The set, a little too long, despite five albums worth of material to draw on, has a refreshing acoustic pause, where the melodic heart is exposed – two guitars and piano. Somewhere it loses me, where a fifty minute set would have left me enthused. You can have too much of a good thing; even when men as old as me look for value for money, better to shine bright and brief than temper your flame to last longer. 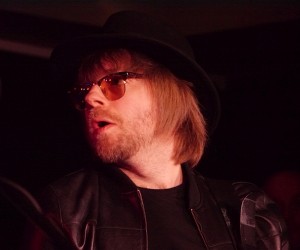 I’m delighted to say I saw the oldest, beer-belliest, Fred Perryest, Harrington jacketest, male pattern baldest, good-naturedest moshpit this Friday. Keeping it real and keeping on keeping on, loving the music and having a good time. The Rifles are very good; nothing new, but inspiring warmth and love in a devoted following that can’t fail to be picked up on, even by a neophyte. 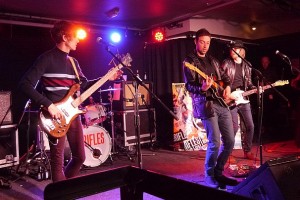