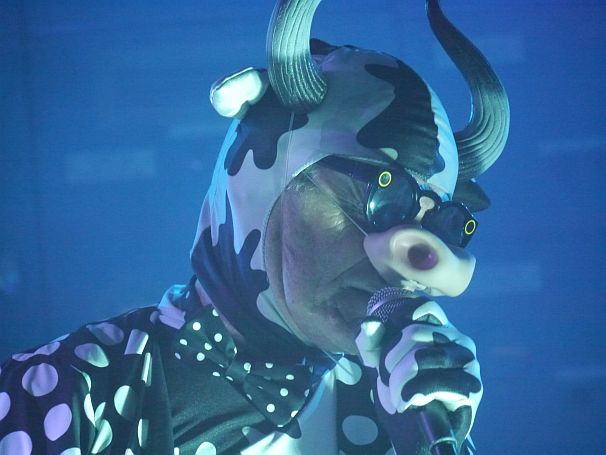 There is nothing not to love about a band as wilful and individual as The Residents. Their idiosyncratic approach to material, composition and performance means many great records and a good number of barely listenable ones. Doing whatever they want and following no trends, made this concert unmissable. Good or bad wouldn’t enter into it; it would be memorable, musically and visually. 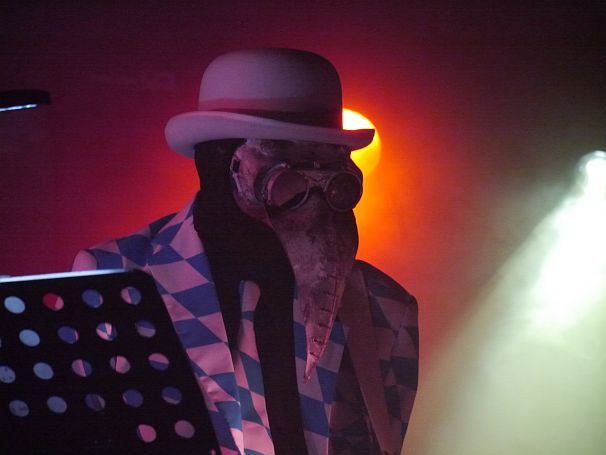 Sold out and absolutely packed with people who mostly loved the early material of Duck Stab, Third Reich and Roll, George & James, etc; the thought of doing a lot of crowd pleasers was furthest from their minds. Instead of what we wanted, we got what was good for us – the tracks most immersed in dreams from across the back catalogue, old and new. 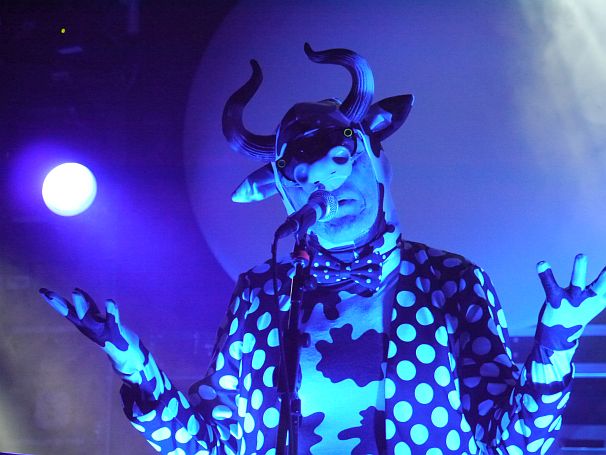 It’s been a long time since the iconic eyeball heads and top hats. Today the band are decked out in harlequin suits and plague-doctor beaky masks, fronted by Tyrone in a cow costume. Bullshit or art. Bluffing buffers or ageing artists? Only history will be able to judge The Residents. As with their Icky Flix DVD, they re-invent some of the older tracks and breathe life into the new stuff. Poised sometimes on the uncomfortable rim of concept album prog rock, like the Bible Tales tour or The Mole Trilogy, it only loses its self-indulgent edge when you see the band taking it seriously. And what a band. 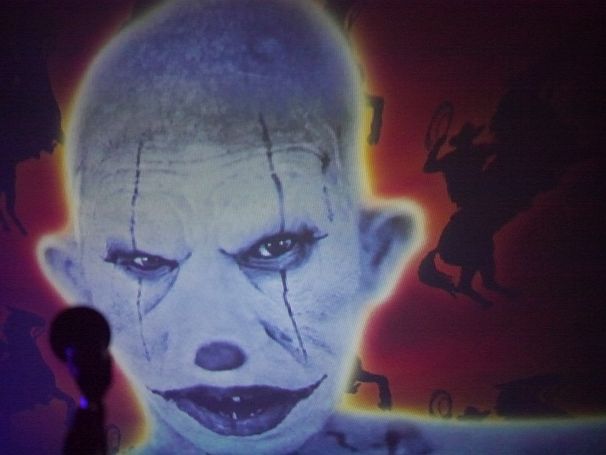 None of their melodies are traditional and they are generally hard to hum. Aside from the heartfelt vocals, the drums are ever changing and, as a light electronic set, feature percussive but unusual sounds. The Mellotron and Nord keyboards carry the weight with sometime cacophonic electronic sound but the shining light is the guitar. A virtuoso display of enormous range. Heavy metal shredding, prog rock finger knotting stuff, shoegazey haze, arty effects, bluesy invention, everything is there and fingers are in constant motion. 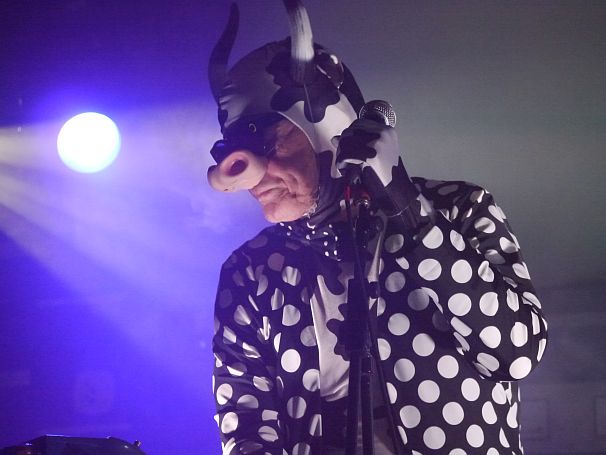 The crowd is mostly still, in awe, as the set becomes a series of strange dreams. There’s the overall weirdness of all The Residents’ songs, then there are the four vignettes, as video interludes introduce Richard Nixon recounting being a blues singer, Mother Teresa feeling sorry for skinned beavers amidst a train wreck, John Wayne dreaming about a ballerina and a scary clown who wants to be a cowboy. It sets the whole into an unearthly frame, with Tyrone as host and witness, bawling, crooning, rasping, grunting. We get three covers – their inimitable unfunkable It’s A Man’s World, Elvis’ unhip-shaking Teddy Bear and the grimly grim Hank Williams’ Six More Miles To The Graveyard closing proceedings – perhaps with the band in their fiftieth year and founding member, Hardy Fox, dying last year, the touch of mortality is present tonight; acknowledged with a final picture as the band leaves the stage: “The Godfather of Odd. Hardy Fox 1945 – 2018”.

The undimming creativity of The Residents gives the lie to any ideas of ending or closure. 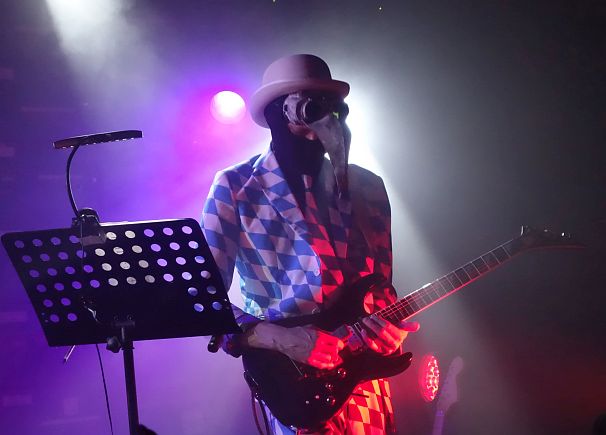 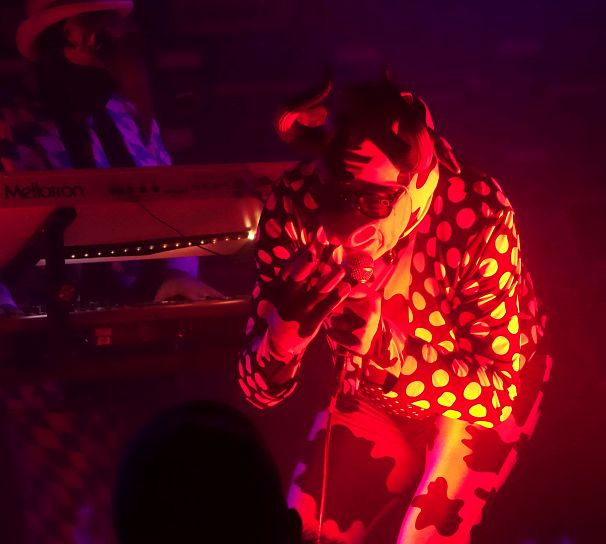 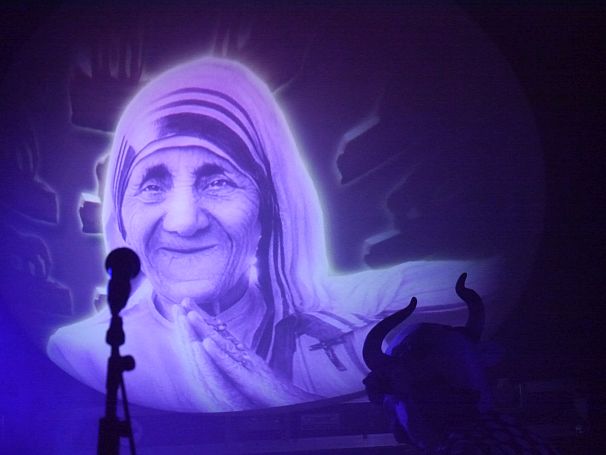 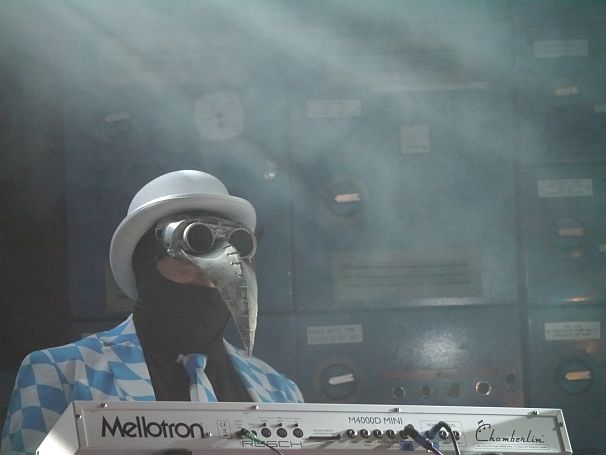 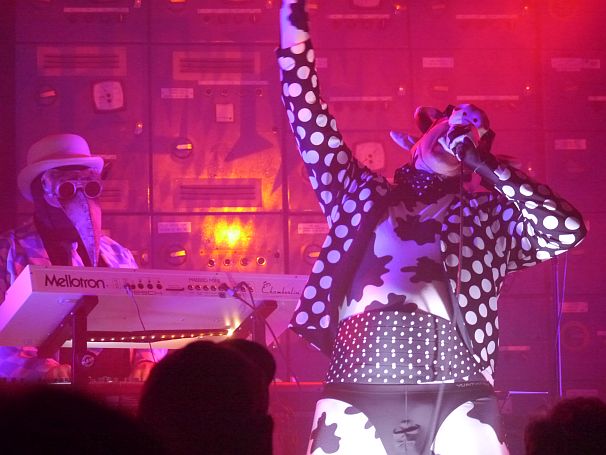 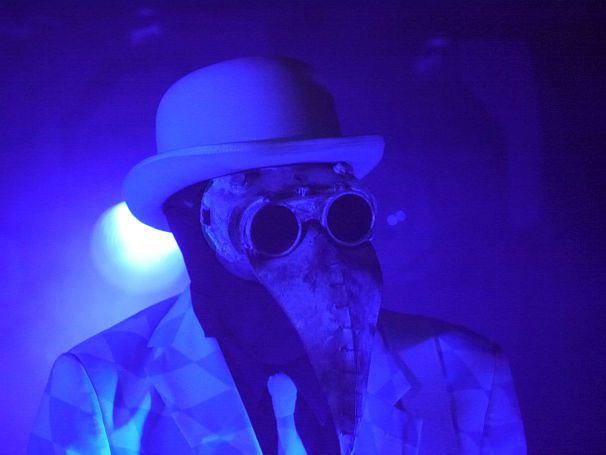 2 thoughts on “The Residents – live in Manchester – bluffing buffers or ageing artists?”