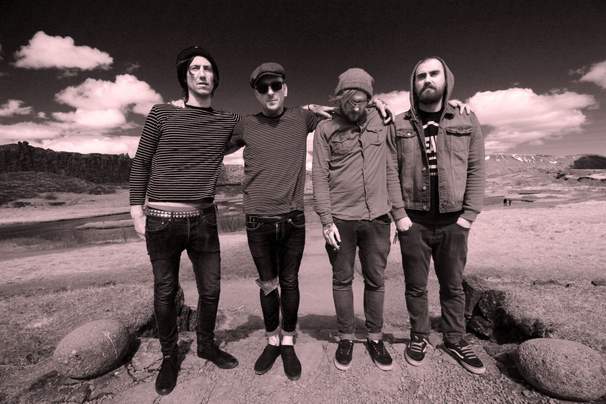 And I feel this way because six months ago I heared (and reviewed) Adore’s Empty Orchestra LP, a great progressive rock album. It is a rich blend of soaring riffs and melancholy motifs, that remind you of the past, ten years ago, or some kind of era that you never lived through, which you think about with fondness. Like classical music the aim is to repeat, modify, repeat, modify, come back full circle, and do it all over again. And when it works, as it works here, it works beautifully.

Progressive rock should be like an instrumental ride through the rapids, which is what Adore mostly provide. Furthermore Adore have a definite direction, or journey that they’re going in. Its a rollocking, buzzing rise over the rapids, like I said, with melancholy and euphoric bits inbetween. Its like a life story retold. Adore//Repel draw on the Seattle guitar sound, which formed the platform for a new wave of progressive rock from the 1990s forwards, most of which, sadly has been lost in the mists of time.

Fact is though their up and coming tour is not quite what I had in mind (see venues and dates below), though it is possibly an advance on standing up on top of houses (they’ve at least been let inside). They’re not coming down to the Big Smoke unfortunately, so I wont be able to see them, but I would have otherwise. I’d highly recommend.