The Pretty Reckless release single “House On A Hill” 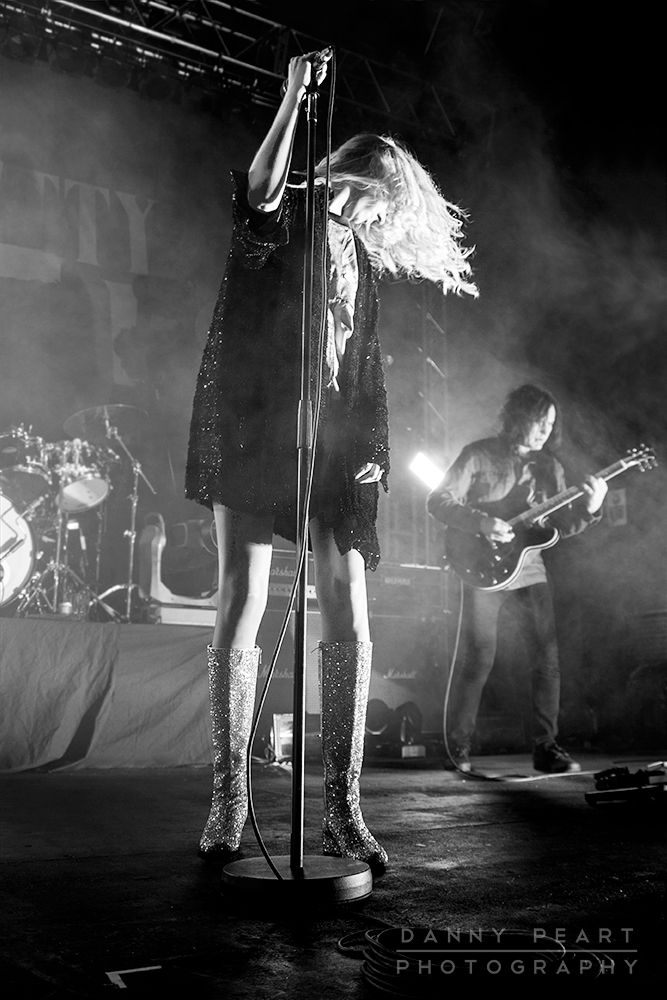 Taylor Momsen’s The Pretty Reckless are set to release new single ‘House On A Hill’ taken from the critically acclaimed album ‘Going To Hell’ on 24th November 2014. The track is available digitally & you can view the new, haunting video here;

They have just made radio history with previous single “Messed Up World,” as they became the second female-fronted group ever to have two #1 hits in a row at US rock radio (the last group to achieve this was The Pretenders, led by Chrissie Hynde).  This follows The Pretty Reckless’ first single, “Heaven Knows,” which has spent 14 weeks at #1 at rock radio and is the top US rock song of the year.

The Pretty Reckless recently played the popular iheart Radio Festival in Las Vegas alongside such artists as Iggy Azalea, Coldplay, Taylor Swift, Ariana Grande, Kacey Musgraves, Usher, Neon Trees, 5 Seconds of Summer. They are now on their UK tour in support of the top 10 charting album Going To Hell.

Full remaining dates are below.

The Pretty Reckless with support from Heaven’s Basement & Nothing More.

Going To Hell debuted at #5 on the Billboard Top 200 Album Chart and #8 on the Official UK chart.  The release has garnered praise from press and fans alike.  Rolling Stone raves, “This New York band’s brash second album rages with the upbeat, beat-wise humor that hard rock has suppressed ever since grunge. ‘Heaven Knows’ and ‘Why’d You Bring a Shotgun to the Party’ are full-on glam stomps.”

The Pretty Reckless formed in 2009 and released their debut album Light Me Up in 2010 and a follow-up EP HIT Me Like A Man in 2012. After two years on the road supporting Light Me Up, the band has risen through rock ‘n’ roll’s ranks to become a polarizing presence. Over the course of their debut and EP, the quartet has sold over 1 million combined albums and digital singles.  The Pretty Reckless has supported Evanescence, Guns N’ Roses and Marilyn Manson on tour in addition to headline runs in both the U.S. and abroad. The band recently performed Revolver Golden Gods Awards in April where Taylor joined Joan Jett on stage for a performance of the hit song “I Hate Myself For Loving  You.”  The band is managed by David Sonenberg, William Derella, and Erica Ramon of DAS Communications.