What’s not to love about a band who walk on to The Shangri-Las’ Give Him A Great Big Kiss and walk off to the same band’s Out In The Streets? 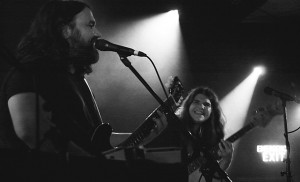 The Magic Numbers are the sort of band who make live music worthwhile. The show pleases people who don’t know all the songs and people who do, by changing and bending them, adding more colour. In fact Romeo Stodart tells us this is like their early days, as they have so many new songs from the new album and people are listening to them for the first time. 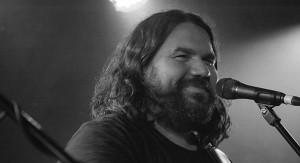 They play stronger and louder than on the studio recordings, which is a good thing because the studio recordings can become invisible after a lot of radio play. Rebel Songs, from the new album is played with a solid guitar solo, as is Shot In The Dark, which is extended with a great slow Neil Young-ish guitar solos and interplay. Every time the jamming solos come back to the front line, the harmonies remind me of Fleetwood Mac. Speaking of harmony; that’s a great front line: two female vocalists and one male. They work Loves A Game nicely into Curtis Mayfield’s People Get Ready. 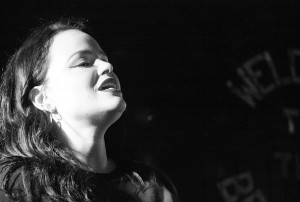 This is a nice band and I don’t mean that as an insult. Every so often I see one of them point and smile at the sound man, asking for a monitor tweak. Most bands pull a sour face and gesticulate wildly. The band smile at each other; even after many years, they seem to vibe off each other’s ideas 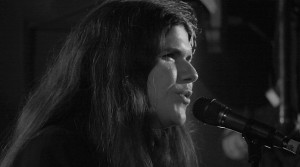 During the gig I try to construct in my head a Venn diagram where the meeting point is fans of The Magic Numbers, grunge and metal. I don’t succeed. In one of Romeo’s chat breaks we get stories  about how he and Michele’s first band was named after Kurt Cobain’s imaginary friend then, later,  a name the riff competition where the answer is Dead Skin Mask by Slayer. All In black, with black hair, this band are goths. Radio friendly goths.

Songs are divided between the four previous albums and a very healthy number from the new album. Some have mammothly catchy choruses, others just snappy beats. All of them please those new to the songs as well as those more familiar. The guitar solos, when they come, are pleasing and are nicely slow and moody. They set off bass guitar posing and pulling shapes from Michele who grins at her brother. Angela Gannon plays a key part (on keys….) and is one of the few people outside reggae to play a melodica without irony. Her brother, Sean, is regularly name-checked but invisible, as drummer, at the back.

This is a relaxed and friendly evening in a packed venue with a relaxed band genuinely seeming to enjoy the gig and each other’s company.