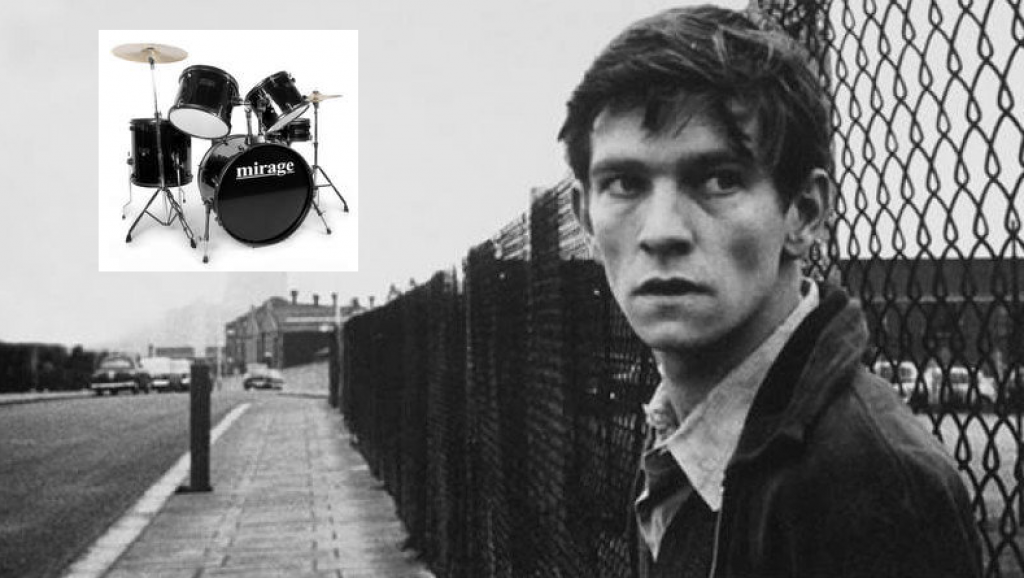 I once saw advertised for sale a DVD for an old film with the intriguing title of the Loneliness of Long Distance Runner which I have yet to see. Pondering the title did get me thinking. I recalled a guy who I once knew, who through new fault of his own, was very solitary. He was a nice guy but was also very quiet and somehow didn’t bond with other people. He did a lot of long distance running and I couldn’t help but think it was a way for him to get out of the house and have some interaction with the world, but in a way that he could cope with. It made me think about how people who find it hard to bond with others, whether that’s because they have a distressed mind or have a metaphorical hole in the part of the brain where the facility for socialising is supposed to be, can be drawn to isolating activity. It made me reflect on myself too, as a writer and someone who has done a bit of cycling and jogging in my time.

But until recently I had never paid too much attention to music and the way in which people with mental health problems, who feel isolated, could be drawn to music. Having said that it had crossed my mind. I could not help but feel sorry for Michael Jackson for example, who whilst being an undoubted talent, was from an early age, whether he liked it or not, made to perform. Was it any surprise then that with a childhood like this, his only friend came to be his audience? Recently I came across a documentary, called ’27 Gone Too Soon’ which offered a very brief analysis that takes place of the lives of six extraordinary musicians who died at the age of 27. Those musicians were Brian Jones, Jimmy Hendrix, Janis Joplin, Jim Morrison, Kurt Cobain and Amy Winehouse. All of them it would seem were united by a childhood experience of some combination of parental divorce, abandonment, neglect, bullying and sadistic abuse. Taking on board what the various commentators in the documentary had to offer, and adding it all up, you realised that rather than looking at extraordinary adult musicians, you were looking at children whose sense of fear, loneliness and suffering, was only exacerbated by the consequences of the musical success they had experienced. The documentary seemed to suggest that the musical success, which was in some part fuelled by a need to express trauma, served only to cut them off from finding a way out of their private hell. The music industry functioned as a modern day Fagan, knowingly using smoke and mirrors, taking advantage of the desperation for acceptance and love, to groom and cajole these children into walking down the glittering hallway of the music business, to what to these young adults were being sold as redemption but to what those in the music industry knew would be their inevitable demise. Whilst the kids looked around them wondering about when and where they would finally find peace, the industry picked up the dollars that fell from their pockets. These kids needed help, but all they were helped towards was a life of empty hotel rooms and easy access to drugs to numb the pain.

And in The Quietus recently Catherine Loveday and Sally-Anne Gross of the University of Westminster looked at recent research into the psychological issues affecting musicians. They said that a 2016 survey carried out by University of Westminster found 70% of musicians reported suffering from anxiety and/or depression. This prompted the question: does the music business attract people with a tendency to mental health problems, or could there be something inherently damaging about being a musician or working in the music industry? The authors hypothesised that people sensitive to psychological distress are more drawn to making music – music they said was a powerful natural emotion regulator. However in practice uncertainties around income and employment, the pressure to harness creativity on demand, the tensions around ideas of authenticity versus commercial success can make the work distressing, even if initially alluring. The authors also warned not to underestimate the effects of irregular routines bought about by touring on physical and mental well-being and they identified that being a musician was essentially a lonely business. Finally the authors pointed out that musicians’ self-esteem could be heavily affected by audience and press reaction, which of course can be fickle and brutal at times. For an isolated musician, this could be devastating.

In sum then it would seem that whilst music can have immense benefits for people who suffer from mental distress and find it difficult to form relationships, being a musician can in certain cases end up as a prison, as the very thing that will stop them from overcoming the challenges they need to, to form the relationships they need, that will sustain them and allow them to cherish life, people and being together.