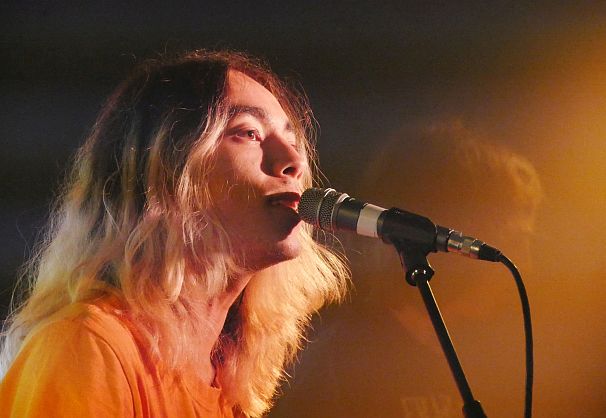 Of all the bands I’ve seen that are in love with guitar waving and thrusting, The Lazy Eyes are one of the least macho bands I’ve seen. Absolutely in love with the potentiality of the electric guitar and often delivering a double punch, with lengthy instrumental sections, each musician has an array of effects pedals and uses them. Yet the band is all about summery tunes and amidst the guitar show-boating, the high, soft lead vocal sets the tone. 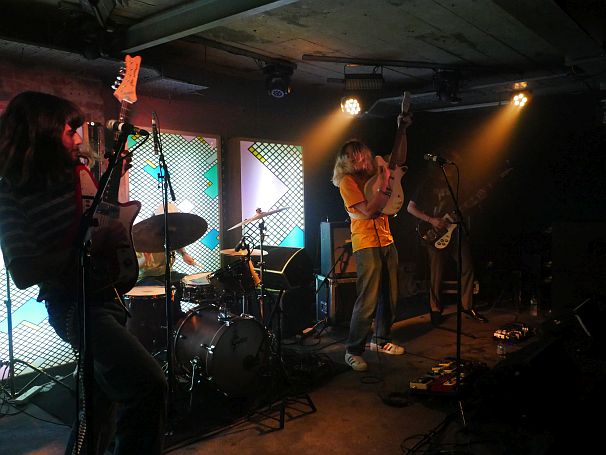 Headrow House in Leeds is nicely full and receptive to the band’s gentle approach, smiling and, when asked to, doing some gentle jumping. The band decided to open on ‘Seaside’, like the album and show us some extended passages of twin-guitar. ‘Island’ followed, sweet and gentle with a jazzy backbeat but shifting into some heavier wailing guitar solos. Lead vocals are from the stage-centre nominal leader, Itay Shachar, but next up, vocals are passed to the other guitarist, Harvey Geraghty, for the zippy ‘Tangerine’. The band makes a real effort to have fun and we are invited to mosh for thirty seconds as Itay leaps off-stage and charges up and down the front. Before long an audience member has Itay’s Mum on Facetime, passed onstage and saying ‘hi’ via mobile – the crowd is charmed. It is the band’s first UK date and a Mum has got to be proud – the band are all the way from Sydney, Australia. Itay brings a keyboard out and we are onto a couple of love songs – the aforementioned ‘Imaginary Girl’ and the band’s first single, ‘Cheesy Love Song’ 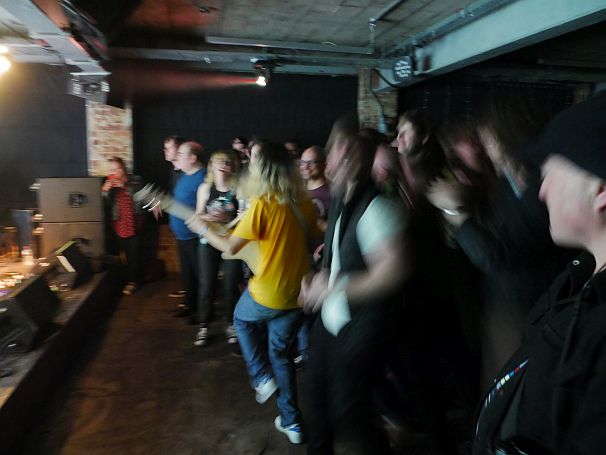 Calling the band psych-pop, as most do, is off-putting, painting a picture of retro-fetishists, but it really describes a band using some retro sounds to make a timeless warm-weather pop. There are times when the tools cast me back in time but only Imaginary Girls puts me in mind of a sixties band, through its Beatle-y piano chord progression. Songs are full of variety, through multiple sections, bringing Brian Wilson’s symphonic creations to mind but vibe on a hazy smiley relaxed groove. 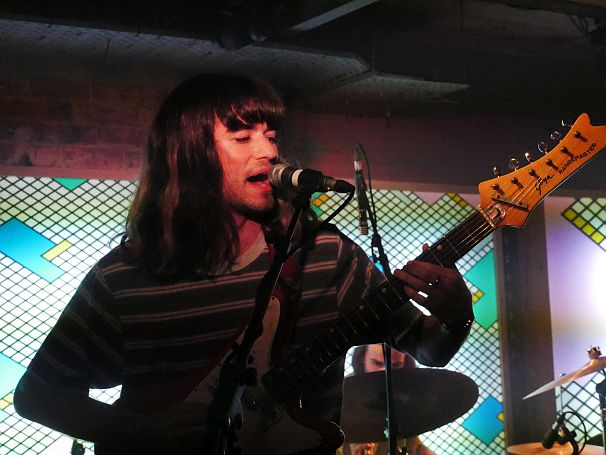 Having played most of the album, the band closed on Fuzz Jam, a favourite on YouTube before being dragged out for the two remaining songs from their repertoire. The final kiss-off is ‘Where’s My Brain’ with a set piece of guitar duelling and much joyful showboating. The overall set is warming and life-affirming, with much musicianship but used thoughtfully, sidestepping rock aggression and going straight to happy excitement. 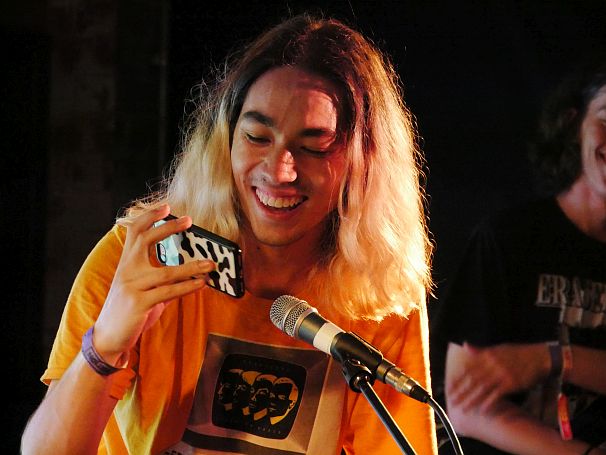 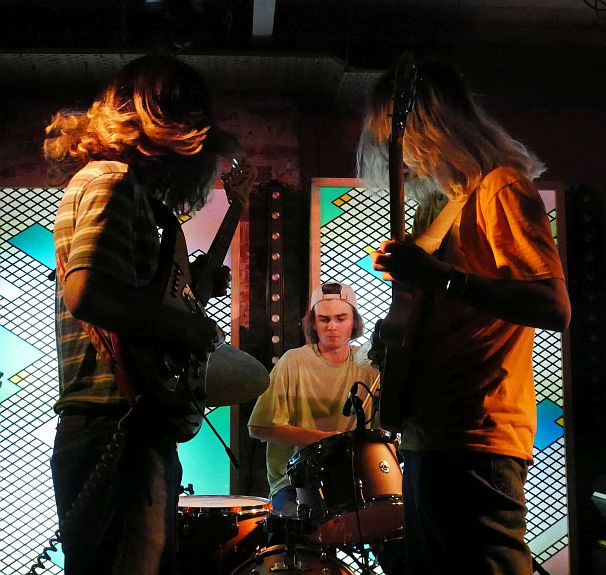 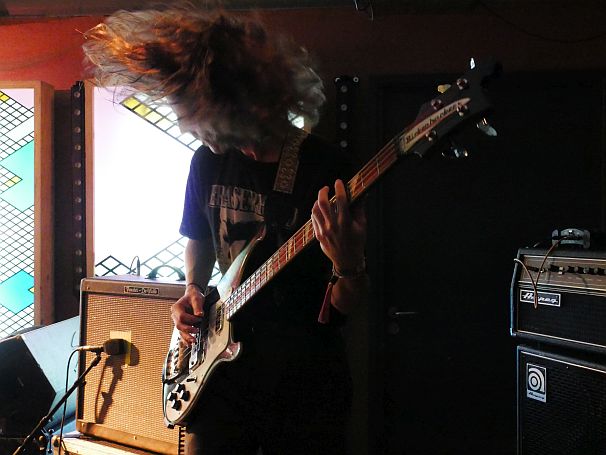 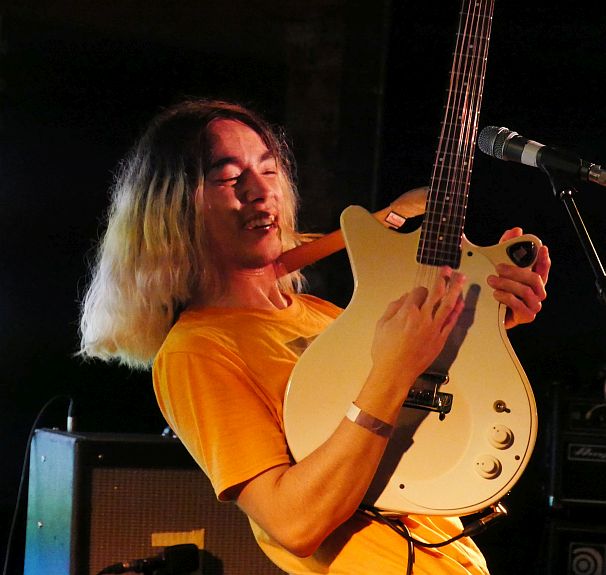 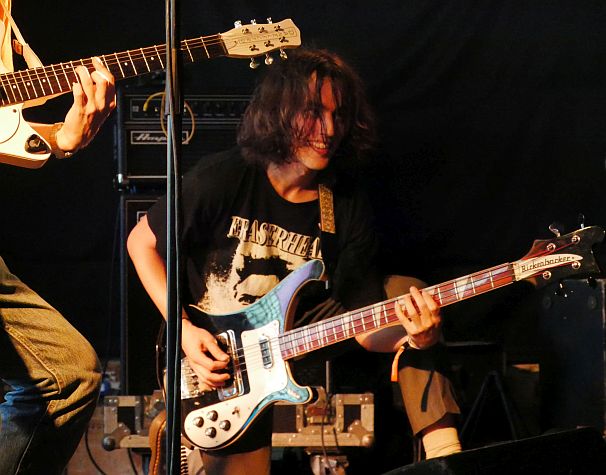 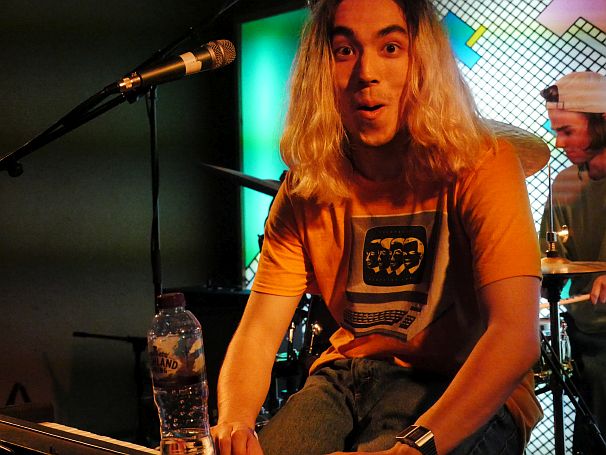 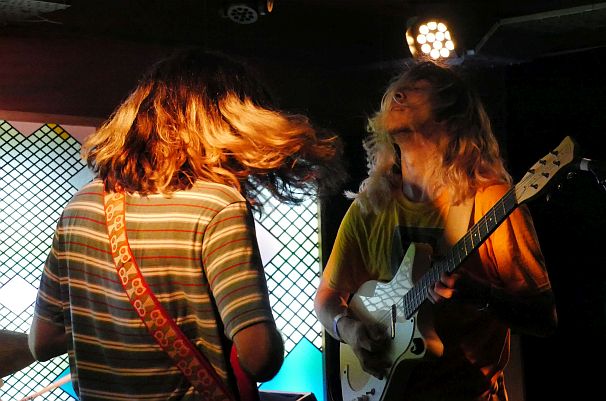