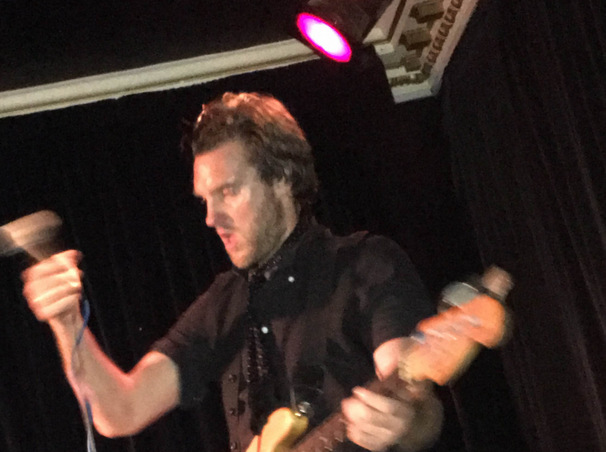 King Harvest and The Weight have just released Maps their debut album. KH&TW are Ben Adey (Vocals/Bass and also booking agent) Justin Edley (Drums) and Oliver Smith (Guitar/Vocals). I had the pleasure of hearing them in the intimate setting of the The Voodoo Rooms in Glasgow, with a capacity of 80.

They had the crowd involved from start to finish, bringing them closer to the stage, and getting them involved with clapping out the beats.  Ben describes Maps as as the greatest lost mix tape ever and I couldn’t agree more. These guys take you into the worlds of both 60s pop and 70s Rock with riffs that drive you into a frenzy.  This band are a breath of fresh air!

As the band appeared on stage it was apparent that they didn’t share the same fashion sense. Ben was dressed to impress like Ricky from the Kaiser Chiefs. Justin looked like a member from Linkin Park with the beard and piercings and Oliver was clean shaven wearing casual gear. They didn’t seem a match for each other, but this all changed on hearing them rock out their tunes. These guys couldn’t have been any more perfect together!

Justin blasted out on the drums like he was born attached to his drum kit. Oliver played tremendous guitar riffs, moving his shoulders up and down to the beat, his shirt did not have a dry area left. Ben played quality riffs on his powerful bass. He was continually wiping the sweat from his brow, while throwing the top half of his body back when his bass was on point. Then when both Ben and Oliver sung together it was even more magical.

When their set was finished The Voodoo Rooms were buzzing for KH&TW, the band were happy to stay and converse with their fans. After the gig Ben told me he felt restricted on stage. Well that certainly didn’t show while they played. I also managed to speak to Ben’s dad, who had made a surprise appearance to see his son play. He told me how Ben successfully pestered him for a bass guitar at the age of twelve, went on to play in a ‘Queen’ tribute band, and was now in a band writing its own songs.

King Harvest and The Weight will be touring again in October so keep a look out for their dates. Fans will also be delighted to hear the boys working on a new album which they are hoping to have released next summer. 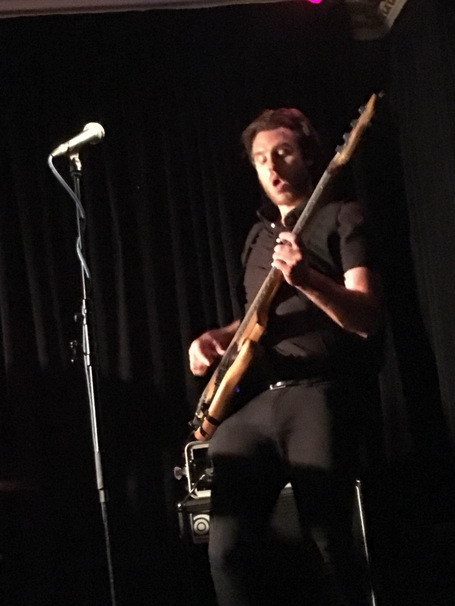 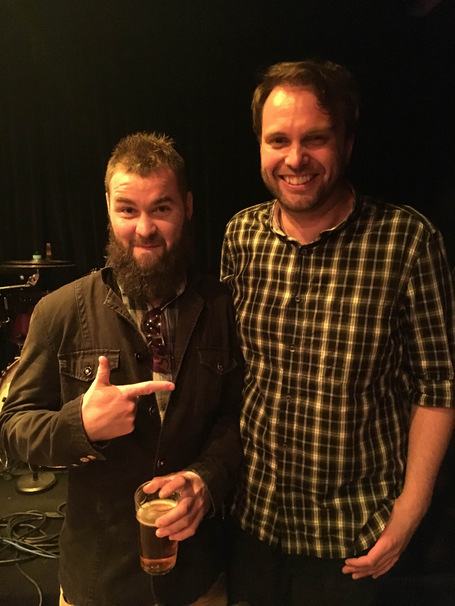 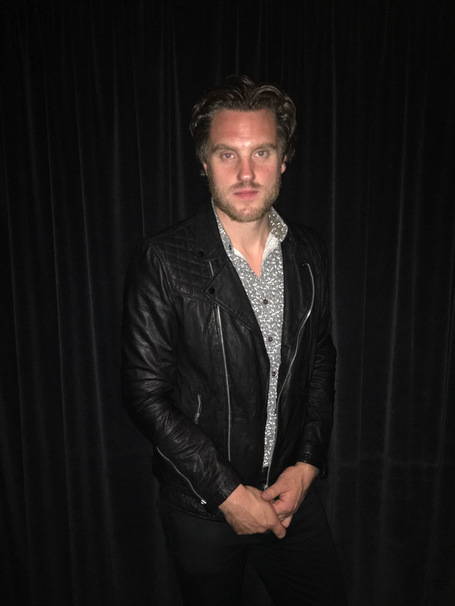