The Blackout get the party started in Manchester for the very last time! 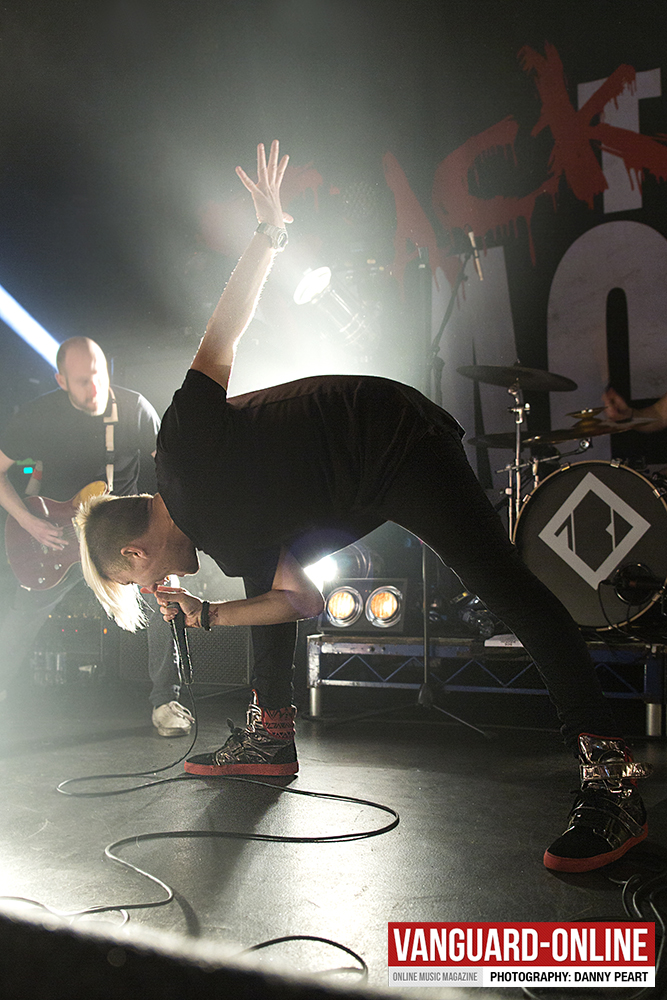 After touring, partying, and pleasing our ears for the past fourteen years The Blackout are finally calling it a day, however they won’t go quietly. A five-date tour across the UK to give the fans a final chance to celebrate with The Blackout is the perfect way to put things to an end. Tonight in Manchester marks the third show and even though it’s a sad affair, it’s also the last time The Blackout bring the party to Manchester so needless to say nobody is going to be moping around.

The Welsh sextet take the stage to an almighty warm welcome from the sold out crowd with cheers and applause, as frontman Sean Smith takes to the platform centre stage screaming along with the crowd “We are the dynamite!” before an explosive start with lead single ‘Wolves’ from the recent E.P to get things kicked off perfectly. Sean Smith stands flexing his muscles and pointing in a circle indicating to the crowd to get the first circle pit of the night going as they fly into the furious ‘Were Going to Hell so Bring the Sunblock’ which gets the night in full swing from the off. Circle pits, crowd surfers, and mosh pits break out, Sean Smith throws the microphone to a crowd surfer for a little crowd participation, whilst frontman Gavin Butler decides the cramped stage isn’t big enough for him and jumps up onto the barrier, and walks on top of the crowd standing tall singing above everyone in the centre of the room singing his way through the end of ‘This is Why We Can’t Have Nice Things.’ 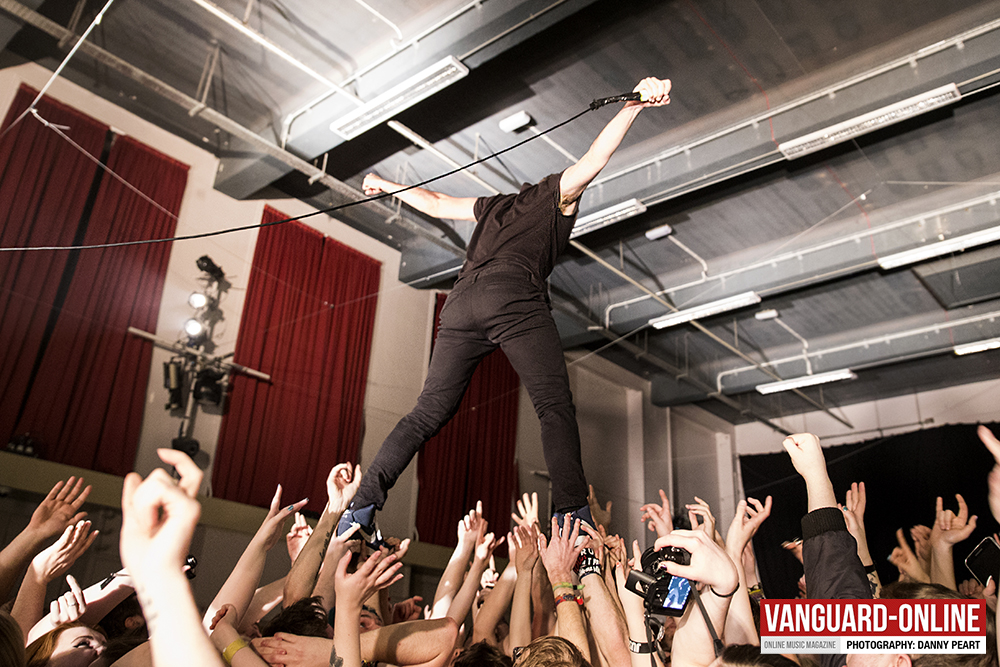 “Now your all here… were not breaking up” Jokes Sean Smith before ‘Said and Done’ gets the room clapping along. ‘The Storm’ also gets a fantastic response with the room bouncing from front to back, and featured a blackout leaving the crowd singing the chorus out loud alone before the lights come back on to bring the song to a close. It’s clear that The Blackout won’t be feeling sorry for themselves tonight and they are only here to throw a party full of madness, big songs and a sprinkle of comical value between songs in the typical Blackout style.

Sean thanks Manchester for their support since 2006 and gives a push to get more local bands together and create music; “We’re all here for rock music, if your starting a band carry on, if us six fucking idiots can do it anyone can!” He then dedicates an outstanding performance of ‘Children Of The Night’ to everyone who has ever been called a Goth or a Grebo; “This songs for you lets have a laugh!” Sean’s screaming vocals aside Gavin’s strong lyrics work fantastic together in ‘Children of the Night’ to create one of the best performances of the show, before ‘Beijing cocktail’ has the crowd split into two down the middle for a game of wall to wall crowd tennis.

“The last time we played here Gavin had a stroke, so we need you to turn it up to 11 so we can kill gav!” Chants across the crowd shout out “Let’s kill gav!” while grins and giggles across the stage break out between the band as they joke lightly on a serious incident that happened only a few songs into the set which saw Gavin collapse on stage in front of the Manchester crowd on the last tour.

“This songs for those who said your not good enough… your fat, and stupid… and your never gonna make it Sean, you’ll be stuck working in McDonalds and Argos for the rest of your life… uhm yeh this is for you.” Jokes Sean Smith before a fantastic performance of ‘Hope,’ with guitarist Bob getting involved in the screaming towards the end of the song. A jump in time back to ‘Life & Death in Space” from 2007’s album ‘We Are the Dynamite” slows things down temporarily and the crowd suddenly calms down for the first time tonight, which is something Sean Smith decides he doesn’t want to see too much of. “Right the sad bits over, everybody get the fuck up. Your doing something I’ve never seen a Manc crowd do, that’s being lazy! Don’t boo me, It’s a celebration bitches lets go mad!”
‘Start the party’ does exactly what it says on the tin, and gets the night bouncing again with its catchy riffs and irresistible sing along chorus to get the crowd singing out loud. “That’s more like it! If you keep that up, Gavin will die!” 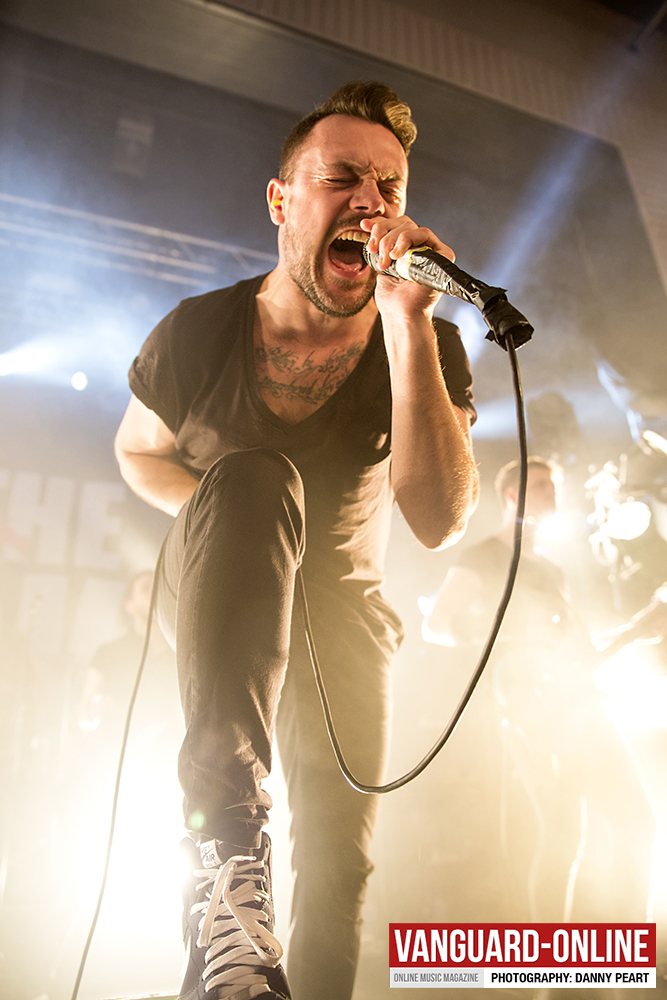 The set list tonight is jam packed with hits from all albums and even with twenty plus songs, corkers such as ‘Never By Your Side’ and ‘The Devil Inside’ don’t feature to our disappointment, but it can’t have been an easy decision by the band to pick a sets worth of songs to play to die-hard Blackout fans for the last time ever. So a trip down memory lane is something a little more special than just playing a full throttle set.

The majority are delighted to hear some old school Blackout tracks and they get a fantastic reaction from everyone, and you wouldn’t be mistaken for expecting split reaction down the room as these tracks are from the very beginning of The Blackout’s long run, but the Manchester crowd prove any doubters wrong and sing along to every old song on the set list tonight. “It’s amazing to see everyone smiling, it’s what you want to see when you’re up here! Everyone force a smile!” Sean shouts out before counting down to a room full of cheesy grins. “Fuck! You lot are scary, you’ve got teeth like a JCB bucket!”

As the night comes to a close the final few songs of the set help the gig kick off into complete chaos, with crowd surfers and the room bouncing so high it feels like the floor of the academy is going to fall through. Drinks fly across the crowd to ‘I’m a Riot? You’re a Fucking Riot!’ which features the biggest circle pit of the night from wall to wall of the Academy. The madness continues throughout ‘Shutthefuckuppercut’ and ‘Higher and Higher’ and a moment of realisation from everyone that the last song they will ever see The Blackout play is about to occur. 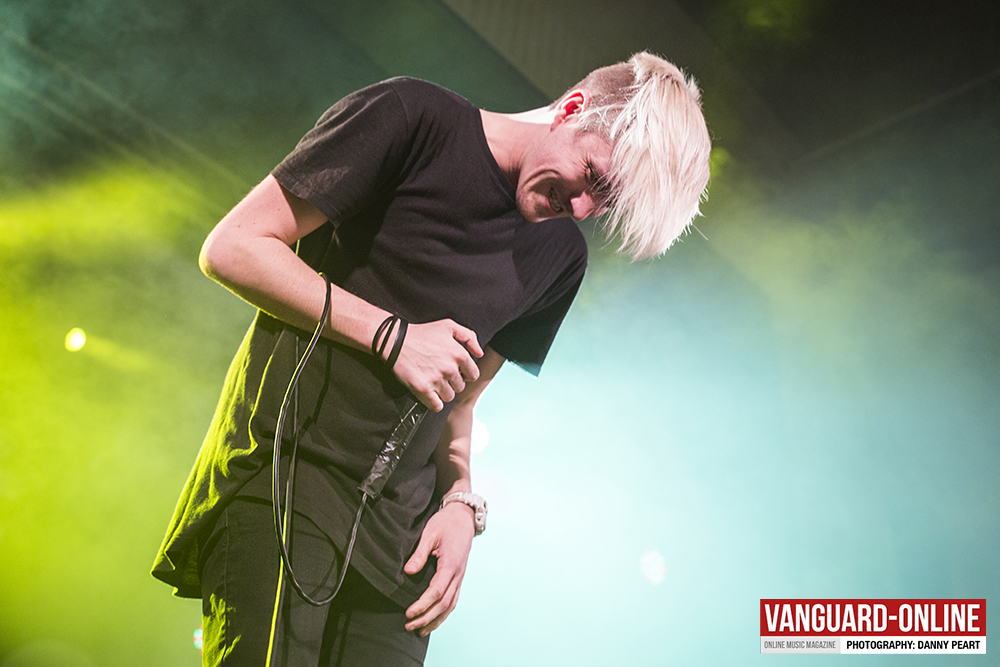 “From the bottom of our hearts, thank you so much… One more favour, everyone get one hand and one finger in the air!” An emotional performance of ‘Save our Selves’ closes the night with the crowd singing their hearts out before the breakdown creates a moment for everyone to crouch down and launch up into the air for the final chorus as everyone waves along to the song and goodbye to The Blackout.

Tonight has really been an incredible show and it’s a real shame it’s not in the larger venue across the road. However tonight is sold out and it’s that extra special for everyone involved in the intimate venue, knowing they were a part of a final fantastic show to wave goodbye to a fantastic live band over the past decade. Well done The Blackout, you absolutely nailed it!

See more shots from this show in out Live in Photos Section here!