Live at the Lending Room Leeds 5th of August 2018

It says something that I want to see this band only five months after the last time. There’s something about the polish in the arrangements and the excellence of each of the parts that makes them a rewarding gig. Every element is audible and you can hear how it all ties together. It’s clear they are enjoying themselves, too and the material has a love of the tradition of American rootsy rock and roll. 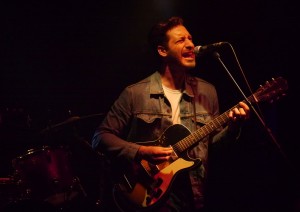 Naturally, they kick off with the very strong Nevada. It has a flavour of Creedence Clearwater Revival that shows off Patrick Ferris’ classic rock and roll roots voice with a bit of grit. His abashed yet confident persona as the front-man keeps the audience engaged as he makes apologies for dropping a new song into the set. 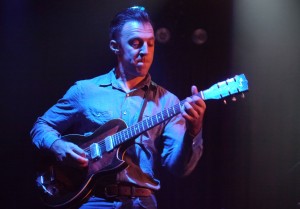 We have no decent pictures of the bassist. He stayed in the dark and didn’t stay still – instead he bopped and danced around. You have to trust a member of the rhythm section who just can’t stay still. The drummer played with jazz aspects. Often as much illustrative as propulsive, particularly in the slow numbers; he played with the band rather than simply providing a beat behind the band. 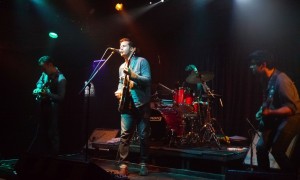 Zac Sokolow had a wonderful selection of vintage guitars – a beautiful red National and something quite funky looking with 3 pickups. His mind was frequently in his fingers, leaving his face to pull amazing shapes as he bent strings, pulled at the neck, finessed notes. He and Ferris made a very good combo – Ferris often picked up the rhythm and the riffs while Sokolow picked out solos. However it was never as simple as that – the pair took turns and worked together in close arrangements. 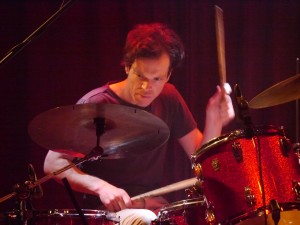 We had a good mix of songs from the recent album and songs from the older EPs (as well as a couple of new ones). Fast songs, mid-tempo and slower songs blended nicely into a balanced set and they proved you can play a sad song on a banjo, as Sokolow picked out a wistful accompaniment to I’ll Be Yours. I was chatting with the bass player beforehand and he talked about wanting the songs to be tight and not stretched out with jamming. He was right – although part of me longed for the twin guitars to take off on a jam, it wouldn’t have done any favours to this well-sculpted set of songs. 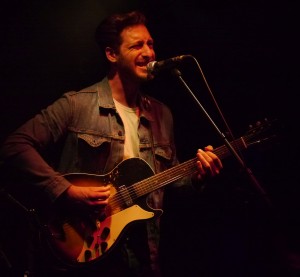 There was a five song encore. Sometimes you should leave your audience wanting more and the closer, a memorial to Roosevelt, whilst showing the love of the band for American roots, sadly goes on a few verses too long but since their last appearance in Leeds they have sped the song up and dolled it up with extra slide guitar and bluesy notes, removing some of last time’s longeurs. 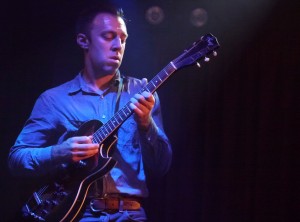 If you like this sort of thing and you live in Leeds you should look out for the occasional events put together by the ever-reliable Hee Haw Sessions. 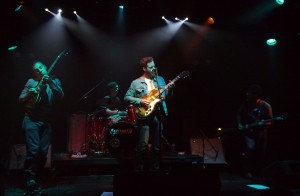