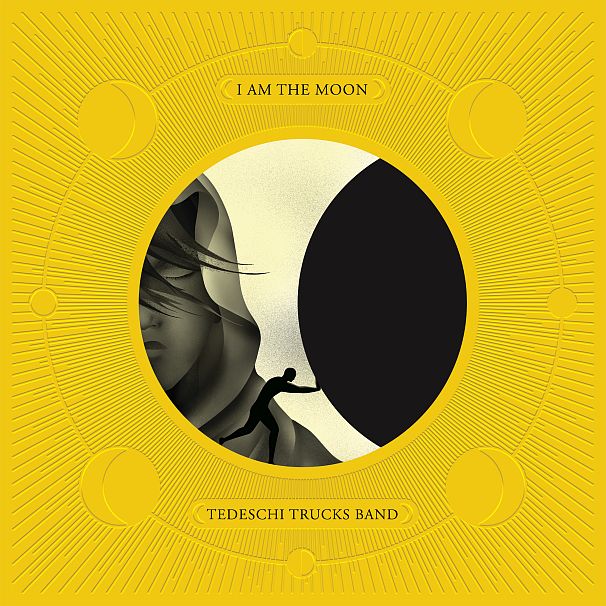 What could be proggier than 4 concept albums in a row? And Derek Truck has superb jam / prog kudos – twenty-five years in the Allman Brothers Band, many years with his own band and work with Trey Anastasio, Eric Clapton, Phil Lesh from The Grateful Dead, and so on. But the Tedeschi Trucks Band is not all about Trucks; his wife, Susan Tedeschi, is a superb guitar player, fabulous singer and the band is a partnership of superlatives. There is certainly some excellent guitar interplay here and the level of musicianship is stellar but the key to the band is heart. The band is full of soul and the concept here is based around a thousand-year old love poem from Persia. The huge warm bluesy sound of the twelve piece band makes it a wallow in sound and you can choose how much of the story you want to follow. The fact that Eric Clapton’s / Derek & The Dominos’ Layla album draws on the same story and that the TTB relatively recently released a live cover version of the album just adds to the resonance.

Here, the band have chosen to look at the story from a different angle and there is a lot more focus on Layla. The tale is Layla and Majnun by the 12th-century Persian poet Nizami Ganjavi and was brought to the band’s attention by Mike Mattison, one of the vocalists, as something to read. It is a Romeo and Juliet for the twelth century and the idea for the project came together. Sung by Tedeschi, the songs are full and yearning as the band fuses blues, jazz, soul and even gospel alongside the grit-edged honey tones.

Trucks mentions Jimi Hendrix’s Axis: Bold As Love as being a great length for an album, 36 minutes, and so here we have a relatively short album, one short enough for full attention. There are three more to follow over the year, along with accompanying films, to tell the story. Trucks says that songs came together quickly, perhaps because the sense of being hemmed in by circumstance resonated so well with COVID lockdown. Basic tracks were quickly recorded live on the floor too, with horns and extra vocals added afterwards. I know the band through their fabulous live albums but you’d hardly know these studio albums were recorded differently, particularly on bluesy stompers like ‘Fall In’.

You’ll notice there are only five pieces (four songs and an instrumental) because the band really like to get in the groove and stay there. Songs will typically indulge themselves for six minutes of so and the closer gets twelve minutes, giving lots of time for soaring guitar solos and duets from both the band leaders. The band consists of two drummers, four vocalists, three horn players, three guitarists, keyboards and you might imagine the warm sound they make; it’s like a huge blanket but the amazing guitar tones bite through, massaging and emoting in a thrilling, yet familiar way. Recommended for lovers of extended guitar jams and the blues.