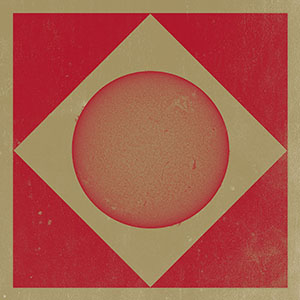 Best known for ridiculously loud gigs, SUNN O))) make the odd record, too and lately they have started to experiment with bits of acoustic sound. Ulver’s journey has been one from extreme noise to acoustic instruments, so this pairing was full of potential for something out of the ordinary for both.

Starting with ideas born in 2008 in an all-night improvisation session, the bands made a set of three songs. It’s a bare thirty-five minutes and could easily carry much more. Then again, you can set it on repeat…….. The bands recorded these briefly then Ulver worked them over for polish. They added string and horns and tweaked and fiddled. For years, And years. And years. Before dispatching them here after someone prised them out of their perfectionist hands. Speaking of the work, Stephen O’Malley said; “I remember the vibe in the room back then was more raga than it was rock. And despite the fact that the walls were literally shaking from volume, it was actually quite a blissed out, psychedelic session. I wanted to preserve that vibe in the final mix.”

In the opener, the twelve minute Let There Be Light, they build layers on a semi-static landscape of desolation recalling, somehow, the outer space of the live improv of Pink Floyd playing something like Set The Controls For The Heart Of The Sun as well as the lonely cornet of Throbbing Gristle’s Heathen Earth. Naturally, things broaden and deepen as the drums roil and coil and the horns start to break repeatedly, like a cold, dead sea.

Eternal Return is terribly sad as distant distorted instruments carry an ancient melody behind a more modern conventional one. Bell-like keyboards offer replies to broken but lingering guitar figures and cracked lines of understanding. A Phillip Glass ostinato arrives and brings some vocals before disappearing again to leave rumbling, squeaky wheels, low aspects of what might have once been chant, before finding its way back through the door it came in.

It’s a short journey but a world of experience. Recommended to psychonauts who visit the outer edges of the sonic world.