This evening we have a date at the iconic O2 Shepherd’s Bush Empire with the Spanish pop-rock band Amaral, coming to London without supporters to introduce us their new album called Nocturnal Solar Sessions released less than a month ago, on the 27th January to be exact. This album is a kind of Side B of their previous studio album called Nocturnal released on October 2015, what I mean by that is what we can find on this recent album is basically new versions of their predecessor, they talk about these new remixes as “The dawn light of a new day, completing an entire cycle of life”, this might sound interesting for some ofyou guys there, quite risky though, or it might give you the impression there’s not enough inspiration left in themselves to create new music.  To settle any doubts about this matter we decided to move our asses and go check them out. 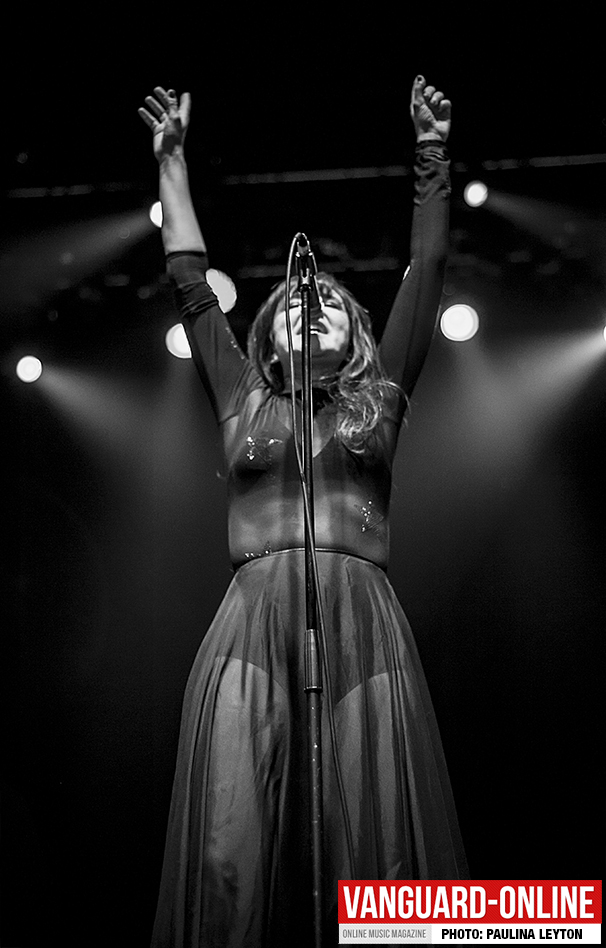 First thing to do, find their setlist, happily I find out most of it are old hits of the band, actually it was more like a kind of review of their entire career (seven studio albums so far since 1998) great! “Sin ti no soy nada” or “Como hablar” of their first albums Estrella de mar and Una pequeña parte de mi respectively, very emotional songs, in which we can feel Eva sings them with an incredible passion, hitting straight to our hearts, I am sure more than one person in the audience couldn’t help to shed a tear with these songs, totally understandable. With “Salir  corriendo” and “Moriria por vos” from the same Estrella de mar or “El universo sobre mi” from their fourth album Pajaros en la cabeza, what can I say about them? I heard the entire venue singing along like a massive choir, Wow! That audience was hundred per cent given in mind and soul to the band, and I am not surprised, Eva Amaral is an artist from top to toe, there’s no doubt about it, with a very strong and powerful voice and an incredible presence and attitude on stage, I am sure Adele would love to have a bit of what Eva has when she’s on the platform, I could also notice a great connection with the audience. With “Kamikaze” and “Revolucion” she showed us her most rocker side of her, “…because the future doesn’t matter, they believed in Rock n Roll…” (translated lyrics from song Kamikaze), so true, because all together with her inseparable Juan Aguirre playing the strings, they made the whole venue a dance floor. 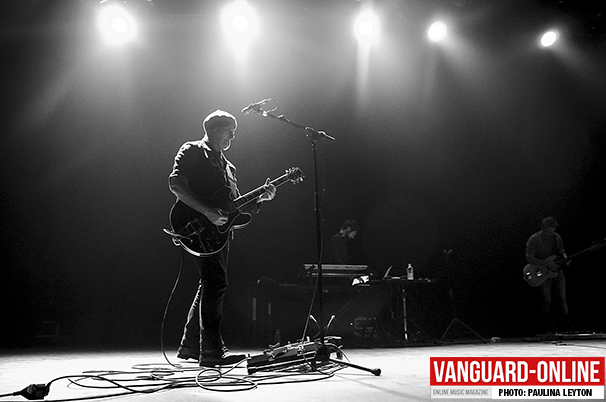 I must emphasise the version they made of “Marta, Sebas, Guille y los demas”, to be honest, I was expecting the original song, I personally like this one a lot, and wanted so badly to hear it live, so it was kind of disappointing, the song was played basically more like “a capella” and didn’t last more than two minutes (I could say even less), nothing is perfect in this life some say, they made a comeback to nice mood with “Dias de verano” fresh melody for such a heart-breaking lyrics. I need to mention of a song I discovered that night called “Llevame muy lejos” from Nocturnal, a perfect blend of the “Spanish Pop” sound and Indie style in the chorus reminding me the band Interpol, with riffs that get easily stuck in your brain, same feeling in “Lo que nos mantiene unidos”, slower melodies but same style and alternative riffs, with “Cazador” they took us to their electronic side, always with a touch if this Indie approach, both songs taken from their seventh studio album Nocturnal 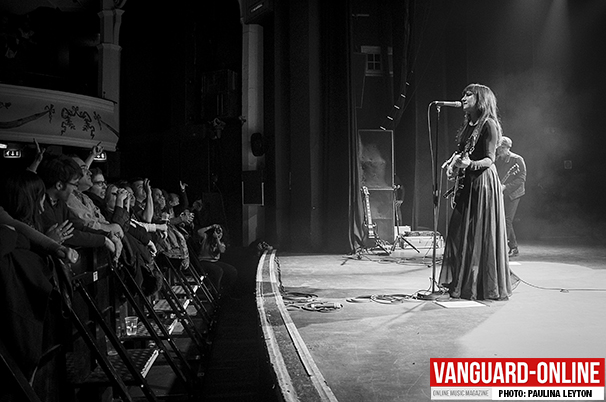 Before finishing the show we could see Eva and the guys very grateful and flattered to be part of the numerous and historical shows offered in this iconic venue (The Rolling Stones, The Who, Johnny Cash, Sex Pistols, The Cure, David Bowie, Bjork, to name few) and not only in music, Charlie Chaplin was one of the first artist to act in this ground in 1906 long before becoming a live music venue.

There’s no doubt the show offered this evening was memorable, highly recommended. 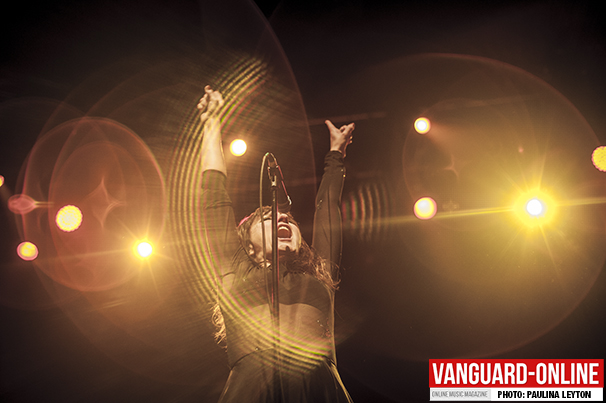 Photos and text by Paulina Leyton.

Click on any of the images above to see the full gallery of the show.

For the spanish version of this review go to En Castellano section.