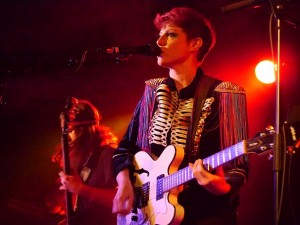 She Drew The Gun have a solid set of fully formed songs and powerful agit-prop lyrics. Tonight, opening for The Coral, they were slightly the victim of “don’t give the support band too good a sound” and songs that carry a message were ones better served on studio recordings. On further listening at home, songs like Poem hit hard, bringing the personal to the political – which is how it should be – it’s all about how we live. I’m inclined to trust a bassist who dances, though Jack Turner was barely present in the live mix. Fortunately the drumming was interesting and there were a healthy number of the crowd that seemed to know and respond to the band. 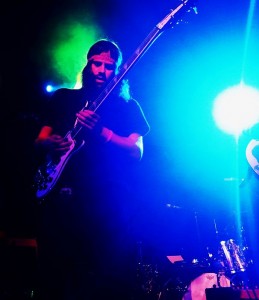 A striking front-woman, Louisa Roach showed her Merseyside roots with a psychedelic jacket harking back to Sergeant Pepper. Her confident presentation and distinctive voice were a significant feature – the voice somehow vulnerable and human, while strong. She bashed out a couple of decent and brief guitar solos too. These were for the louder and stronger songs, highlighting the couple of less exciting pieces. She Drew The Gun’s brand of psychey pop needs to be in your face and didn’t quite get the presentation it deserved tonight but definitely merits further investigation – hopefully we’ll get a headline tour before long. 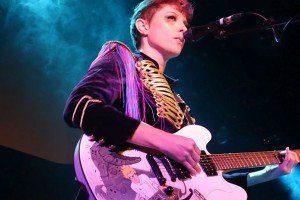