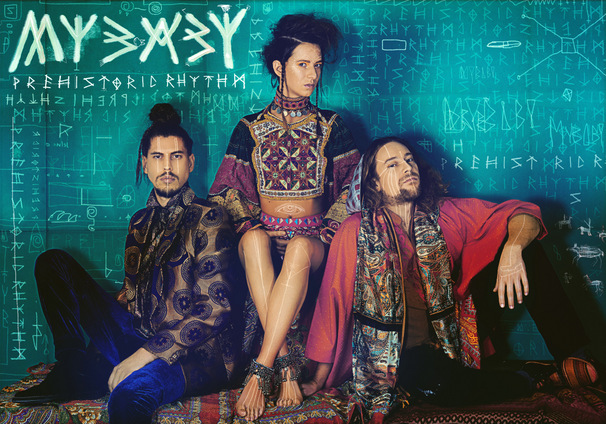 Its no surprise that My Baby have decided to call their new album Prehistoric Rhythm because its strength are its rhythms. The rhythms like the band members are are sexy, very sexy. They are cool and atmospheric and they are funky. My Baby will sometimes up the pace a little, sometimes just to increase the fire of the foreplay, sometimes to attempt climax, and on one occasion they completely loose control.  I’m intrigued that the band chose the qualifier Prehistoric, perhaps its an acknowledgement that rhythm is the only strength of this album. ‘Slave to the rhythm’ sang Grace Jones, but paradoxically, Jones personality shone through the track by the same name, in a way that the singing on this album does not. Here, the singing, riffs and various sound effects are only embellishments to the rhythm. Although the album contains one stonking Nut Bush City Limits dance track half-way through, in many ways this is music for the subconscious, for studying to, for drinking coffee to, for comatosed clubbers to grind and groove all night to.

Prehistoric Rhythm by My Baby is released on 7th April 2017.