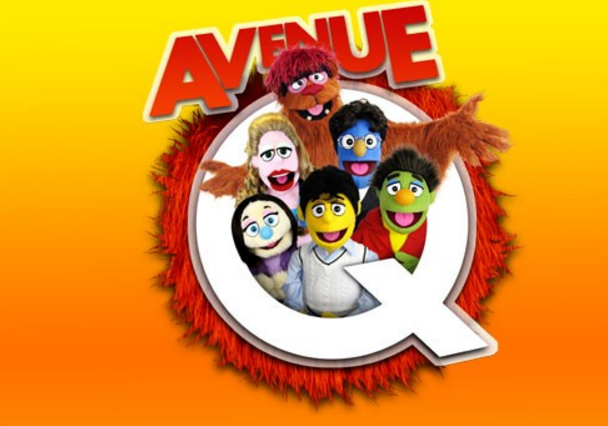 For those who don’t know, Avenue Q is a musical about puppets. Think Sesame Street, but rated 18.

It’s a series of silly songs connected by the thinnest and loosest of plots, even by musical standards.

That isn’t a problem though, I’d come to watch the show even if it had no plot at all.

The plot, in brief, follows the puppet Princeton after he moves to Avenue Q. He makes new friends, searches for and falls in love.

It’s a coming of age story except all the characters have left university and should (apparently) have already come of age.

The puppets were controlled by onstage puppeteers, and whilst the puppetry was OK, much of the content of the show was conveyed through the body language and dances of the fantastic puppeteers. A good example was the sultry sway of the hips from puppeteer Lucy the Slut.

The actors had an amazing range of voices, to the point where I thought there were more cast members than there actually were. Special mention must go to the voices of Kate Monster and Lucy.

The cast was energetic and larger than life even if they only paid attention to the stalls – perhaps they realised only people in the stalls would have enough money to donate during the Money Song? Either way it was an incredibly fun way to spend the evening.

Overall; I would say the first act is better, by far, than the second and the musical deserves a Four out of Five Stars.