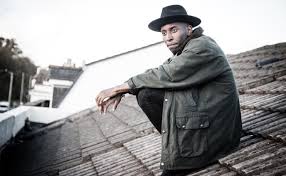 Opening a sold out show must be nerve wracking as it is, but when the crowd aren’t even there to see you it must be even worse. Samm Henshaw, 21, opened James Bay’s performance at the O2 Academy in Leeds on Tuesday the 13th October. The young Londoner ambled on to the stage bringing two of his friends/band members with him; he appeared completely at ease in front of the large audience introducing himself as ‘Samm with two m’s because he can’t spell.’ As he began his first song it was clear his velvety voice completely matched his smooth charming attitude. A mix of soulful music with a hint modern day pop exhibited Samm’s talent for writing as well as singing. The relaxed atmosphere on the stage made is seem as through the audience were merely witnessing an extended ‘jam session’ between Samm and his band.

Samm’s third song, redemption, brought some diversity to the set with a more melancholy vibe. Nevertheless it displayed Samm to be experimenting with different styles. This assortment of songs still fit together perfectly, and slot nicely under the title of Samm’s EP The Sound Experiment.

Perhaps the most surprising part of Samm’s performance came half way through when he brought out a completely reworked, magical, version of One Directions’ Best Song Ever. Samm re-crafted the song giving it a reggae vibe and it blended seamlessly with the rest of his own songs. He continued to mix up his set by bringing the audience in to help him finish off the lyrics and this resulted in another fabulously reworked cover of I Want it That Way by Boyzone.

Samm’s final song, Better, was one of his own and reminded the audience of his song writing abilities.  By the end Samm’s charm had completely won over the audience and everyone left knowing exactly who Samm (with two m’s!) Henshaw is.

So your EP, The Sound Experiment, came out last on the 25th of September. How has the reception been so far? Have you heard much about what people think?

It’s been… I haven’t had too much time recently to check my social network, but from what I’ve seen so far it’s been great and I feel so blessed. Everyone’s responded really well to it. But I think when I’m done touring we’re going to push it a bit more. So I’ll see how much more we can get done.

Were you nervous about releasing it? How did you feel?

Where did you go to uni and what did you study?

Did you have someone that you showed your music to before you released it and trusted to give you honest feedback?

You know, I showed it to everyone. I was bad, when I first made it I didn’t really even know how I was going to distribute it; I just thought if people like it I’ll put it on sound cloud and everyone can listen to it. So I had a load of songs done before hand. The guys I was making it with, they were hearing it, a lot of my friends have heard most of it, obviously management. But mainly a lot of friends and family who had heard the music. At the time and everyone liked it. And I think because as time progressed the songs changed and we came out with new songs it then came a bit more secretive. So although some people have heard a lot of the stuff on the EP it’s been changed and people think it’s different,  so it’s cool.

The process for each song is really different…to be fair a lot of the songs came through jamming. Only Want to be With You was from a jam; I remember my friend was sitting at my mates house and we were trying to work on some music, then he was like oh I’ve got this beat and I started playing with some chords and next thing I knew we had made the song. My manager was like ‘oh it’s okay’ so we went back and polished it up a bit. Then there are songs like Everything where I went to an actual session where I sat down and wrote it. I had the idea like the first verse and the chorus but then in the actual session we sat down and wrote it so yea, each process was extremely different. That is what helped it become The Sound Experiment because it was different ways of writing. Experimenting with writing and with lyrical content.

If you could collaborate with anyone at the moment, who would it be?

At the moment, it would be two people. Definitely James and a guy called Israel Howard who’s like a gospel musician. He’s insane. For me I would collaborate with him as it would be a learning experience, even if I wasn’t on the song but we worked together to make it would be worth it.

Did you do any festivals this year?

It was mad, I finished uni then had about a week and I was away at festivals. We did Parklife, we did so many I can’t even remember. I did Barn of the Farm which I loved. And Madness. We saw loads of people it was cool. Jaden Pinkett Smith, Will Smiths kids, and my whole band and met them but I was in press.

So you’ve been on tour and on the road for ages. What are the best and worst bits?

Best bits about it; going to different places and doing shows.

Worst bits are probably waking up early and trying to get to the hotel lobby for call time, he [his manager] hates me. Because call time is generally 5:30 pm but today it was 3:20 and I got there on time. But usually someone could say 4 o’clock and I’ll get there for 4:30. Call times are bad and travelling can be a bit of a pain…Well do you know what, I wouldn’t mind travelling if there wasn’t this really annoying lump in our seats that you sit on and it gives you the worst butt slash back pain ever.

So have you got any immediate plans for when you finish this tour?

When we finish this tour, the next day we go to Opening of a tour… in Koko in London. Then I’ve got a few days off then rehearsals for my own tour which starts on the 3rd of November in London, it’s really small but it’s going to be fun, an experience.

Thumper – a band on fire, damped down by tiny crowd in Leeds