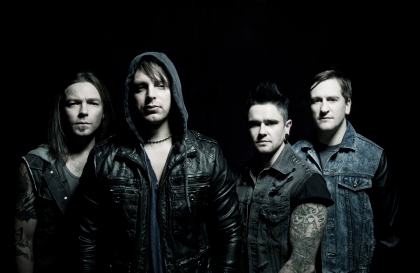 Bullet For My Valentine have announced details of their largest ever UK tour to date. The Welsh rock band, who released their fourth album Temper Temper in March, played a series of sold out UK shows in spring and have since played sold out tours in America and across Europe. Having appeared as second headliners on the Main Stage at this year’s Download festival, the band will play the following arena shows in December, playing to over 65,000 fans, including a massive hometown show in Cardiff, as part of their “Rule Britannia” UK tour:

Tickets for the shows cost £25 and are available online at www.ticketmaster.co.uk or www.livenation.co.uk

About the author: Harry Owen View all posts by Harry Owen