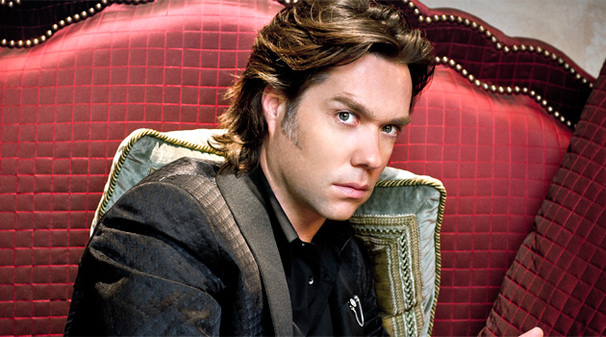 The American-Canadian singer-songwriter and composer Rufus Wainwright has played some of the world’s most iconic music venues, such as New York’s Carnegie Hall, the Hollywood Bowl in Los Angeles and the London Palladium, but a bitterly cold Saturday night finds him in Perth, on the second night of a small Scottish tour also taking in the tiny village of Strathpeffer and Aberdeen.

These are troubling times for Wainwright. ‘The Vice President-elect’s views on homosexuality should have been the end of it’ he says to applause from the crowd, presumably referring to Mike Pence’s advocating for using taxpayer money to fund so-called conversion therapy for homosexuals. The openly gay Wainwright married Artistic Director Jörn Weisbrodt in 2012, and has a five-year-old daughter Viva with Lorca Cohen, whose father Leonard, the legendary Canadian singer-songwriter, passed away the previous week.

The show opens with Wainwright’s own version of Ave Maria in tribute to Leonard Cohen, before launching into Beauty Mark, a song about Wainwright’s late mother, the Canadian folk singer-songwriter, Kate McGarrigle. Using just his piano and guitar, Wainwright captivates Perth Music Hall with his unique voice and irresistible charisma, despite the US election result and Cohen’s death casting a shadow. The 90 minute set includes some of Wainwright’s best-known songs from across his dazzling back catalogue of seven studio albums, his 2016 album of adaptations of Shakespeare’s sonnets and his 2009 opera, Prima Donna.

Wainwright calls for more ‘peaceful protests’ in response to the rise of extremist views in the US, and this show almost serves as a quiet protest in itself; he plays some of his gayest songs, including Gay Messiah, Going To A Town and The Maker Makes, which appears on the official soundtrack to the 2005 gay cowboy film Brokeback Mountain. The lyrics to Going To A Town, from Wainwright’s 2007 album Release the Stars, prove to be particularly prescient, and could almost be a rebuttal to Pence himself: ‘Tell me, do you really think you go to hell for having loved?/Tell me, enough of thinking everything that you’ve done is good’ and the weary refrain: ‘I’m so tired of you, America.’

A couple of months ago, Wainwright vowed to not sing his beloved cover of Leonard Cohen’s Hallelujah until Donald Trump was defeated in the US election; Cohen died the day after Trump’s victory. Wainwright says ‘Trump was trumped’ by Cohen’s passing, and he closes the show with Hallelujah in tribute to him, creating a powerfully serene, beautiful moment as the crowd falls completely silent to listen. Afterwards, the entire audience delivers a standing ovation in response to such transcendent talent.

There is much uncertainty and instability in the world at the moment, but performances like this remind us of the role artists can play in bringing comfort, joy and solidarity to the masses. Rufus Wainwright has crafted anthems for our turbulent times, and in the process, he has proven himself to be an artist for all time.