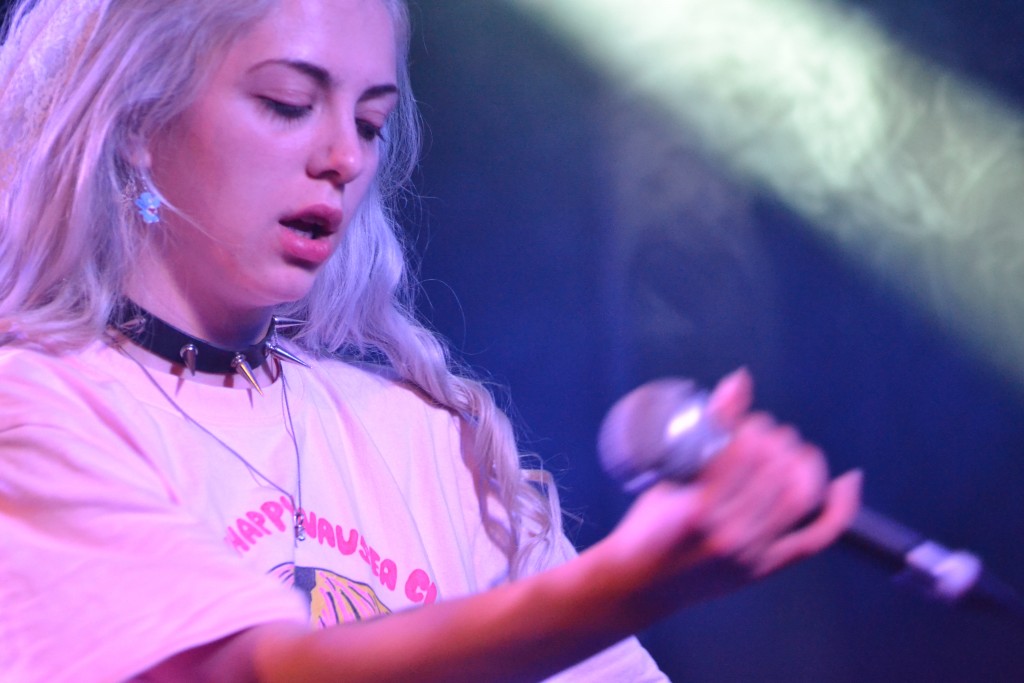 From the 20 or so bands performing, spread over 2 stages at the 3rd annual Loud Women Festival Pussy Liquor arrived as the most reckoning, pent up and in the mood with their decibel triggers ready to fire what turned out to be a startling barrage of fury and spite, spiking the minds of daydreamers in the crowd not quite paying attention, igniting a wild riot on the dance floor.

The allure of Brighton-based Pussy Liquor  (Vocalist Ari Black pictured) is in the mix of an uncompromising attack from Hannah Villanueva’s guitar and Tallulah Turner-Fray’s base, for a tight sound that dizzies, and the effect of Ari Black’s full bloodied lyrics, fitted out with dose after dose of anger, introspection, distain and spite for the resounding  gut-kickers Pretty Good, Apathy and Lady Wank.

Inventing their own rocket science Pussy Liquor are far from being the sum of a five-minute wonder with shallow affectations and the make-up of superficial nonsense, preferring instead to deal out tough attitudes, fuelling a neu-generation , a new wave of empowerment through My Body My Choice, once met, face on, the tracks and the band are impossible to ignore or resist.

Joining Pussy Liquor at the head of a fresh and feral female fronted, UK disposed punk scene, along with the likes of ‘Touch Me Again, and I’ll Fucking Kill You’, Petrol Girls, and ‘We Want a Revolution’, Menstrual Cramps, both awkwardly falling ill someplace else on the night, came Dream Nails whose happy-speed beat wooing spins out the crowd into a frenzy of can’t, won’t stop unrest from the off with Corporate Realness kicking off before Girl Gang and the very dangerous Deep Heat.

Everything about Dream Nails beguiles, from Anya Pearson’s twitchy she-bop, be-punky guitar sound to the irreverent sarcasm and say it as it is resilience of Janey Starling’s super candied and super sourer lyrics. 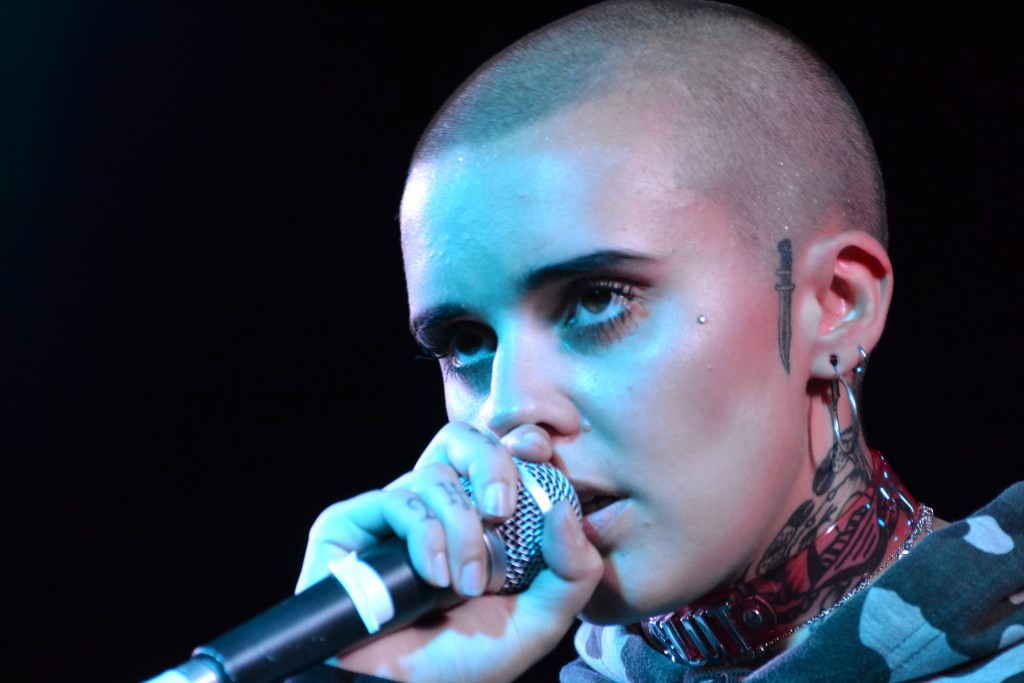 Elsewhere, the not so loud Zand (pictured) corralled attention elegantly, almost without a sound bringing on a gentle breeze of exquisite and touching vocals for the electro trip-sensitive and beautifully quietening You’ll Be Sorry and the especially soulful Fiends , coming after French trip-hipster Sam Amant had already laid out the spirited ground for the soloists with the sumptuous and joyful ‘Souvenir X’.

But when it came to chasing down musicians ranking up the ‘super incredible’ from their instruments it was the sound of Jo Darc’s immense and terribly mean Fender Mustang re-rendering the air space around The Twistettes into a maelstrom of rhythm and might for Raise the Fist and for the imperious The Line that answered the call, as did the million miles an hour ricochet of notes from Fanny Broberg’s Hofner Varithin ‘65 when The Frankleys switched off the pose and switched on the honesty.

4 thoughts on “Pussy Liquor and Zand at the Loud Women Festival, September 2018”