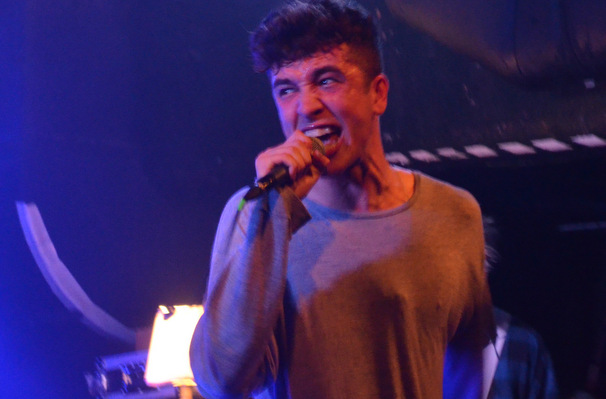 In the aftermath of the Reading and Leeds festivals Brit rockers Dead! are supporting Californian quartet SWMRS on their UK tour.

This stop of the tour is aboard the good ship Thekla, Bristol.

First up was the pop rock group from Leeds, Brawlers. The energetic four piece with their loudmouthed vocalist literally got the boat rocking – getting everyone to run from one side to the other. They also got the crowd to do a mini wall of death offering one guy twenty quid to jump into the crowd from the upper floor (which he did with little encouragement). Brawlers stirred the audience up into a slightly seasick but frenzied mass. They ensured the crowd was ready for punk poppers Dead!

Dead! bounced onto the stage and kicked into gear with a snappy intro and a quick spurt of their new single Something More Original. With guitar riffs aplenty it’s a groove and a sway before the band juddered into a second track, screaming at their mics. Next up was their Soho-inspired Phantom with its infectious millennial whoop, which really got the crowd going. By now everyone was singing and jumping along with the punk rockers.

All in all the set was a mix of angsty and anthemic, screaming and melodic, something to dance to, something to jump along to. The band’s youthful guitarry sound was bursting with energy. Alex Mountford’s vocals were nasal, speckled with rasping ‘honey’s’ and ‘darling’s’. Soaked in sweat, Mountford lept around in appreciation of the riffs and beats. Excess beads of sweat flew off him, his arms flailed in time to the music. The set peaked when the mic hit the floor. You couldn’t help but be consumed by their palpable vigour.

The band ended with their first Infectious signed single, the rock n roll You’re So Cheap, a catchy tune with some plucky spindly guitar. Mountford, slashing into the tune with his cutting vocals and quirky lyrics ensured we finished on a high. 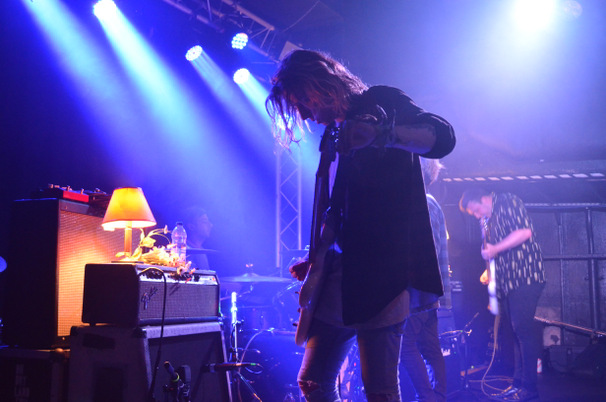 As they go the band turn off the bedside lamps they installed as part of their gig furniture.

Brimming with sweat and energy from start to finish, Dead! are very much alive and something to look out for. They got the crowd suitably readied for SWMRS . The Oakland four piece, three blondes and Billie Joe Armstrong’s son, gave a suitably tongue-in-cheek performance that had an even bigger crowd jumping along.

Dead! played the Thekla, Bristol on the 7th September, 2016