Tonight it’s nice not to be the oldest one in the crowd. The sold-out venue is full of black-clad Goths, celebrating 40 years of Bauhaus and the couple of people not in black stand out like flares set off in a coal mine. 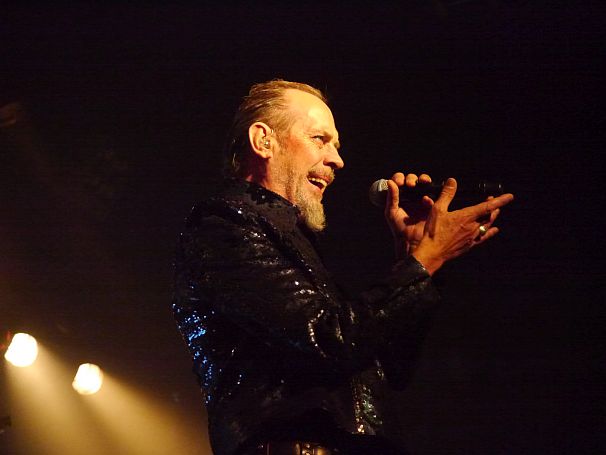 As a celebration, of course, the set is In The Flat Field followed by all the songs we know. It’s not Bauhaus but it may as well be and there’s no space for solo material from Peter or David tonight. The album is played straight, just like the sparse alien thing it is. It’s all about the drums, playing strict cyclical patterns, while slabs of noise issue from the guitar and Murphy’s disassociated voice carries foreboding. David J plays bass like he played it then, presumably inexperienced and experimental. Two songs are based on the simplest of plucked and silenced strings, more percussion than tune. The first is Spy In The Cab – simple and menacing still. Stigmata Martyr sees Murphy trying to crucify himself on his mike stand. 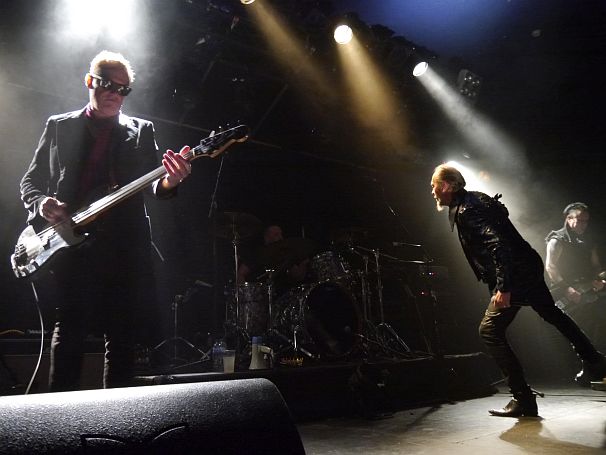 Murphy is a commanding presence. He strides the front of the stage, in front of the monitors imperiously, kicking at anything that displeases him (a camera lens, some monitor cable….). He swaggers and swings confidently, knowing he still cuts the figure. There’s just enough camping it up to keep all eyes on him. 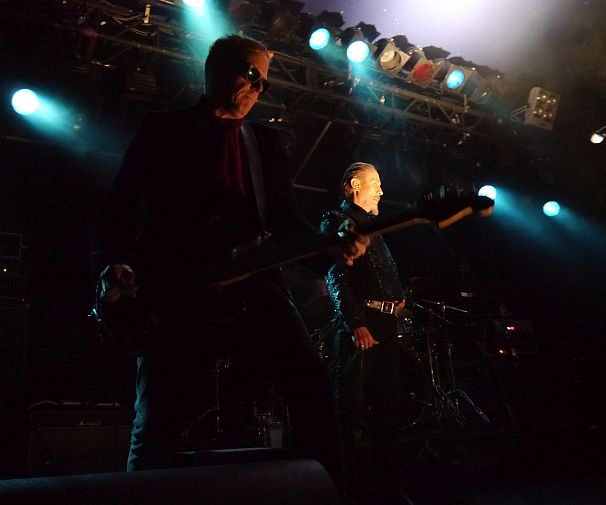 Once past the album, things get a bit more normal, a bit more rock, a bit more what we know as Goth. The album itself is sui generis and remote. The sound of a thousand teenage bedrooms in 1980 as alienated youth puzzled over its significance. The appearance of an acoustic guitar heralds the first ‘normal’ song. It’s definitely a rock song, unlike its predecessors and presages the rest of the set. The drums are more normal, though still insistent and martial and David J’s bass becomes definitely tuneful for the hits that follow. The guitarist poses and feels it and the drummer is thinking very hard. Peter struts and poses, doing that weird thing with his microphone, drawing it to and from his mouth, making for his strange vocal style. He wants to, and does, command the stage. Later he appears to lay into someone at the front with his mic stand. He’s definitely in charge. 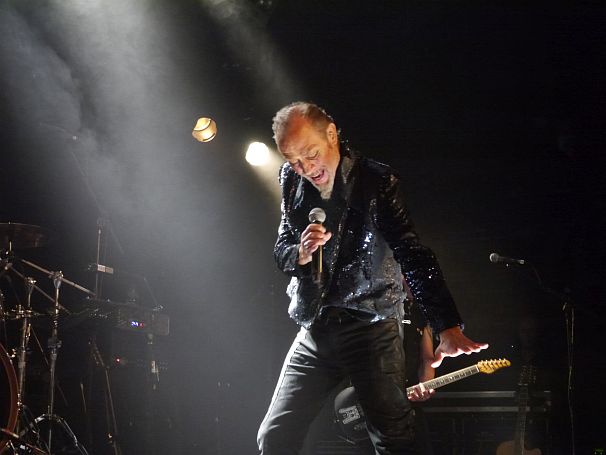 Bela Lugosi is milked, and drawn out, not that anyone complains. Its full ration of Goth is drawn from it and the upward lighting stresses Peter Murphy’s still-remarkable cheekbones. Kick In The Eye gets cut from the list, She’s In Parties and Adrenaline get the crowd moving, and we tick off the hits as they come up. What will be the encore? 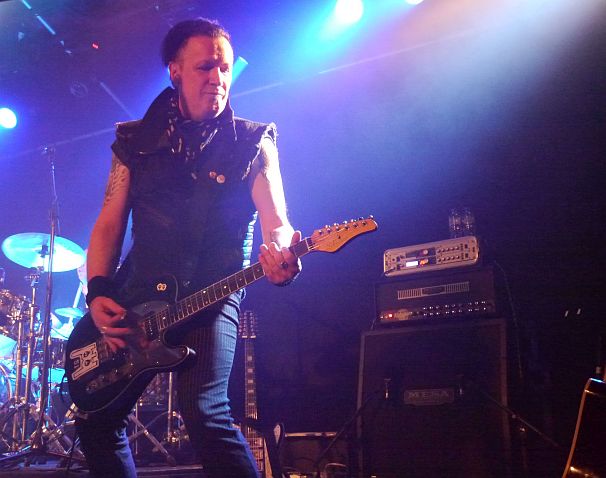 What was left matched a great old punk tradition – the novelty cover version encore. Telegram Sam and Ziggy Stardust. Murphy camped it up; pouting, pulling his collar up, showing off his absence of belly and, he’d like us to know, substantial trouser package. A second encore, a drawn out piece, full of dark and devoid of the excitement of the first encore, gave the clear message “you’ve heard enough, you don’t want any more, do you” and off they went. 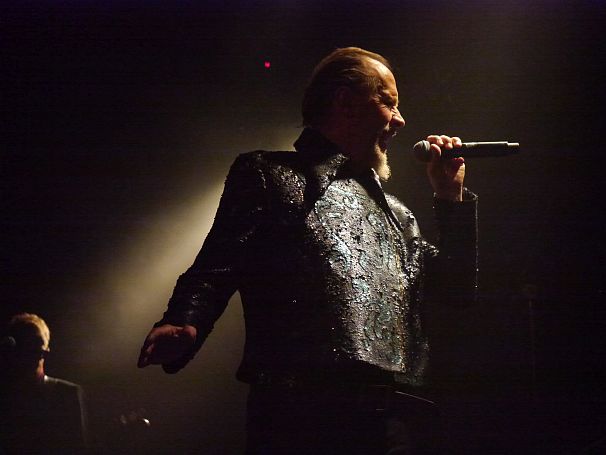 If an entrepreneur had re-opened the Phono or The Warehouse tonight, they’d probably have made a profit. Hundreds of happy middle-aged folk relived years past and it wasn’t an embarrassing mess. Dignity was retained by the band and, bless them, they didn’t call themselves Bauhaus; they had justified confidence that they could sell this venue out on David and Peter’s names. 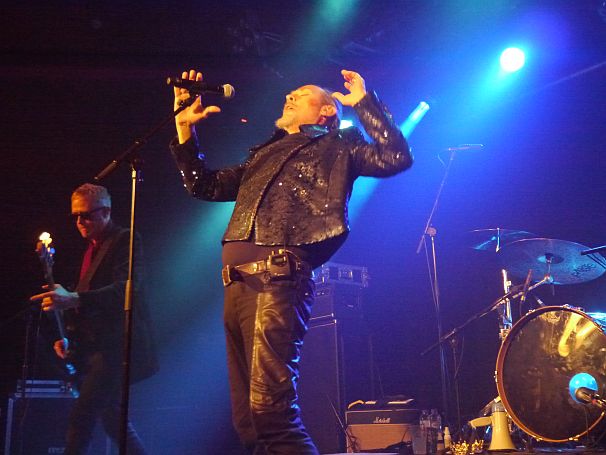