Being the exceptional poet that he is, it was no surprise that Peter Doherty’s new album Hamburg Demonstrations was going to be a good one.

This is Doherty’s third solo studio album, the last one being Grace/Wastelands released in 2009. Quite a wait, but worth it. It was only last year when his band the Libertines released their third studio album followed with a tour. The title of this album is rather fitting as it was recorded in Hamburg with producer Johann Sheerer.

Doherty’s past has been no secret with the media and the world, so as expected there is a running theme of addiction, especially in his touching tribute to Amy Winehouse ‘Flags From The Old Regime.’ The track has been floating around since 2015, a song that Doherty wrote soon after Amy passed away and one of his first releases post-rehab. It contains graphic lyrics such as: ‘You’re stuck behind the door, chewing off your jaw’ and ‘You have to stand up there in front of the whole world and you don’t feel them songs no more.’ This song is a great example of how talented Doherty really is when it comes to his lyrics.

It was only last month when the Libertines front man played at the reopening of the Bataclan in Paris. Just over a year after a terrorist attack that affected the world. An incident that without a doubt touched Doherty, so it is no surprise that he had something to say about it in his song ‘Hell To Pay At The Gates Of Heaven’, with lyrics that read: ‘Come on boys, you gotta choose your weapons – J-45 or AK-47’, as this was an attack in a place of music. One of great things about this album is that is covers so many different factors that have affected Doherty, from his friend Amy’s death, the terrorist attacks in Paris to his own battles with addiction and love.

In a time where songs with repetitive lyrics and melodies take the charts, it’s artists like Peter Doherty who remind us what music is all about. With at least one song that hits a chord with someone, whether it be addiction or heartbreak, this record gives an insight into his life and allows his fans to get to know him on a more personal level. 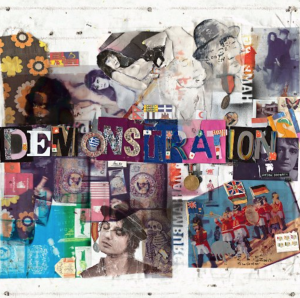