Paris is a sweaty earthy city from what I saw of it in late May 2017. I went on a three day tour of the city, all of it conducted by foot, and just drank it all up.

Macron had just been elected president and the residue of the presidential campaign was still plastered on to the walls, accompanied by new material for election to the forthcoming assembly.

There were some Macron posters around, Fillon the disgraced establishment candidate on the right seemed to have support only in the area around the Eiffel Tower, whilst the communist Jean-Luc Melenchon seemed to get most poster coverage. 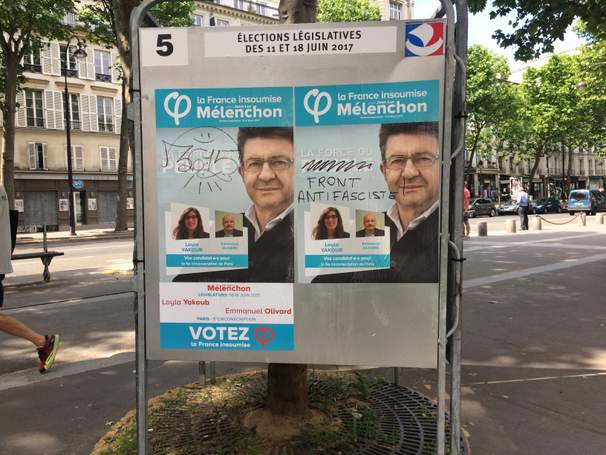 There was a really interesting set of posters though which showed a real worry in France, like in the rest of western Europe, for the influence that Putin was having on giving support to far right jingoistic parties, which support a policy of isolationism and general hostility towards liberalism and the rest of the world. It stated “51% of the vote is enough to elect a president in the first round of the presidential election – Le Pen, Trump, Putin and Wilders count on your abstention.” 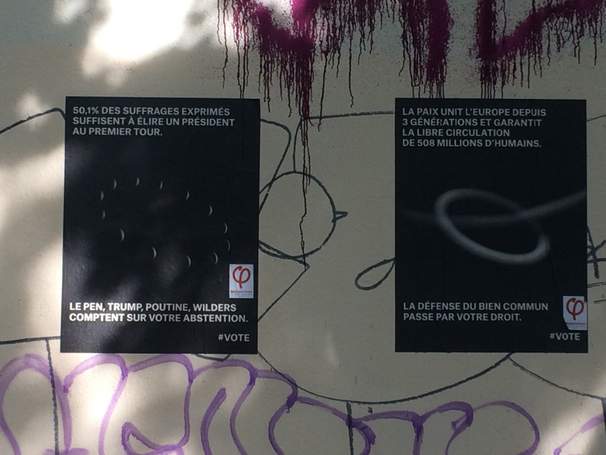 I also found a nice straight edge sticker. Straight edge is some kind of punk movement that listens to hardcore music but abstains completely from drugs, alcohol and if this sticker is anything to go by, meat. 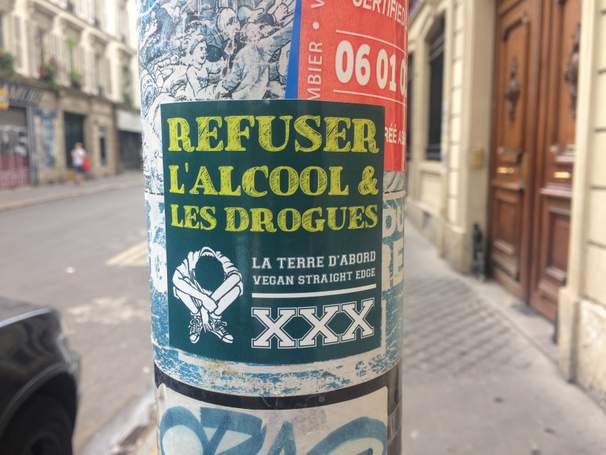 As someone with a keen interest in street art I was keen to see what Paris had to offer. There were a few interesting pieces. This one of basketball players and their shadows was probably the most impressive. 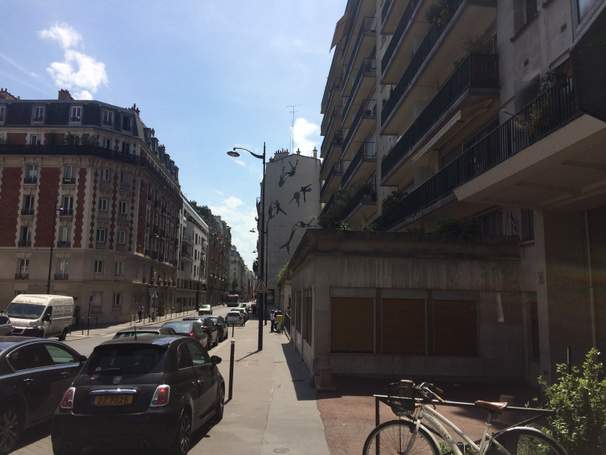 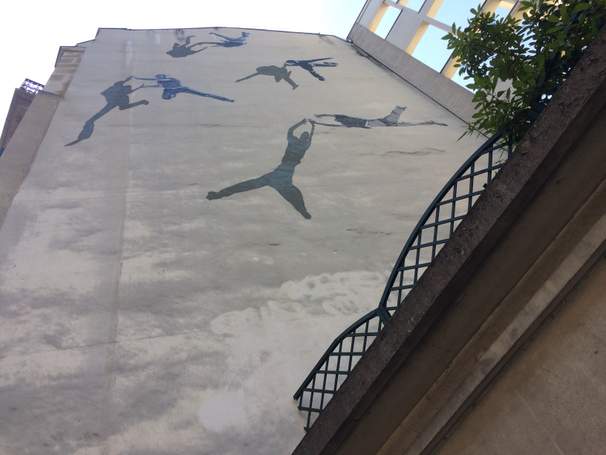 There were some other pieces worth showing. 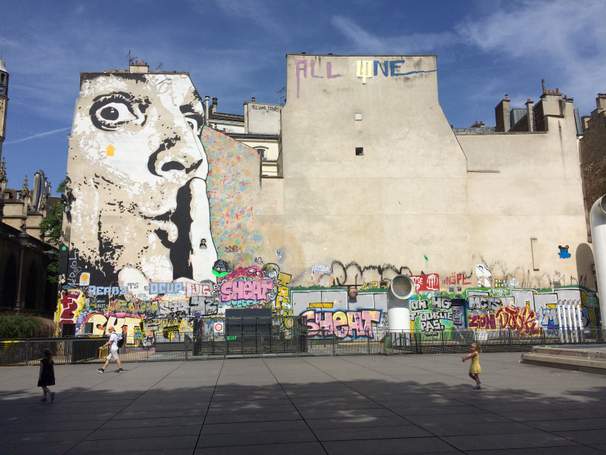 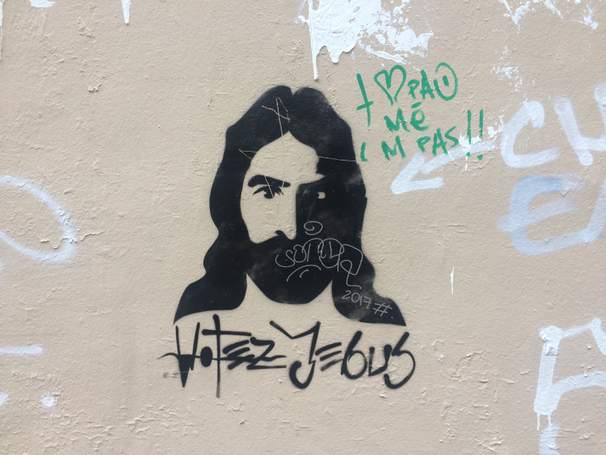 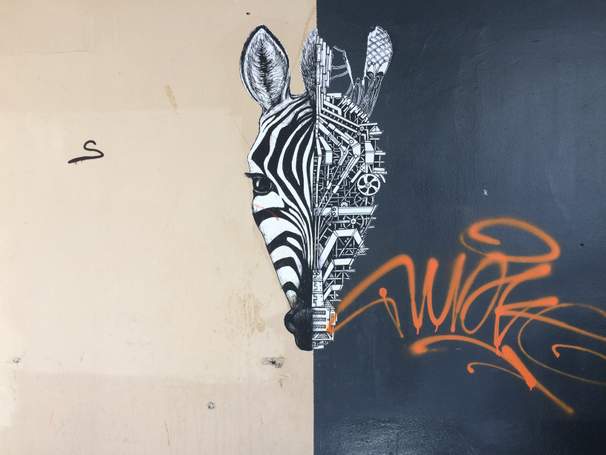 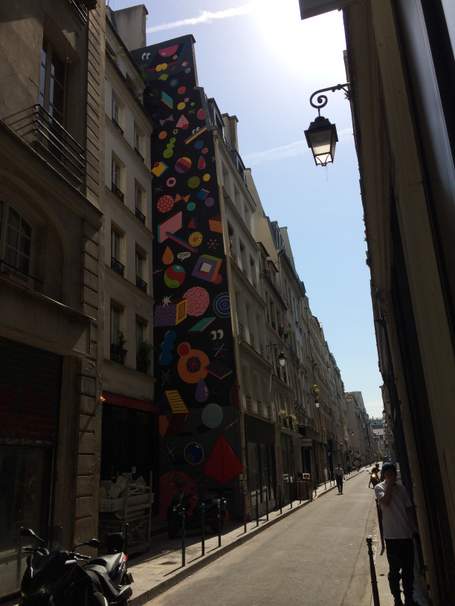 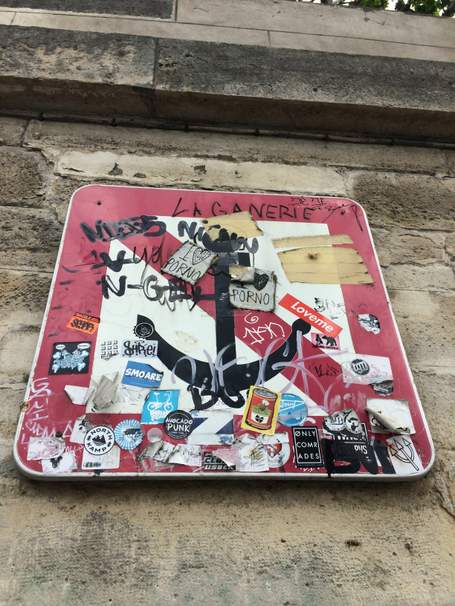 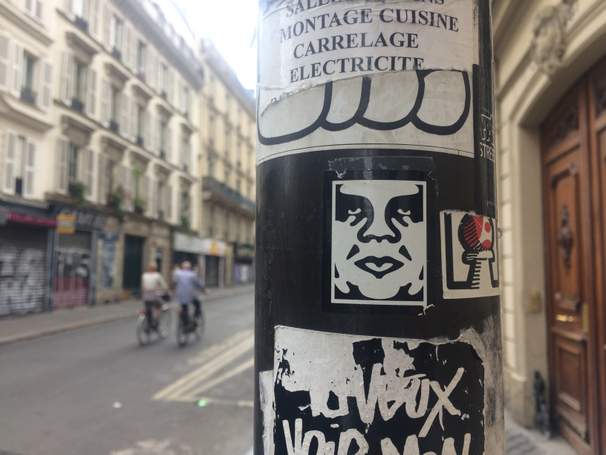 There were a couple of neat poster pastiches too. 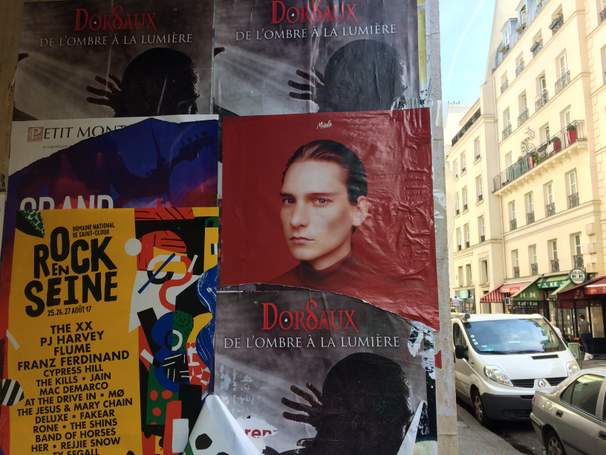 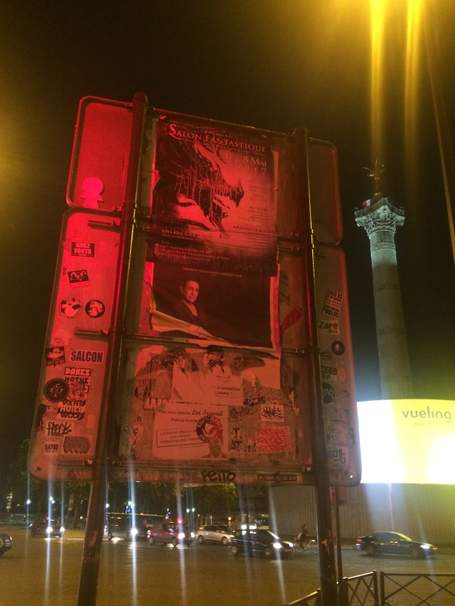 Of course, its possible to take a wider view of street art in Paris than just posters and paintings. French bins, for example, are svelte and beautiful in a way that you couldn’t ever imagine a bin could be. 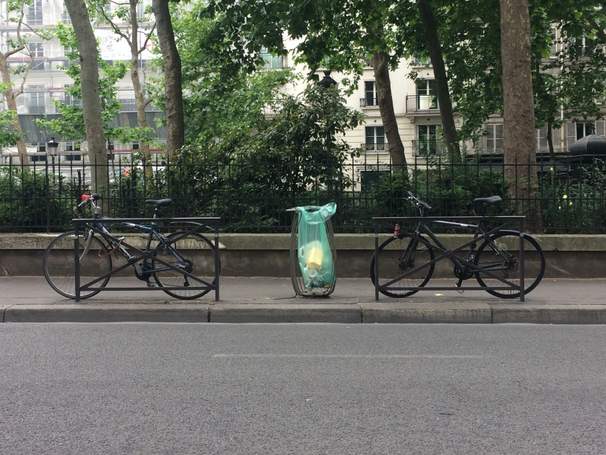 A bunch of dried out flowers into the dusty interior of one of the burial boxes in the mausoleum resonated the most delicate colours as the daylight passed through them. 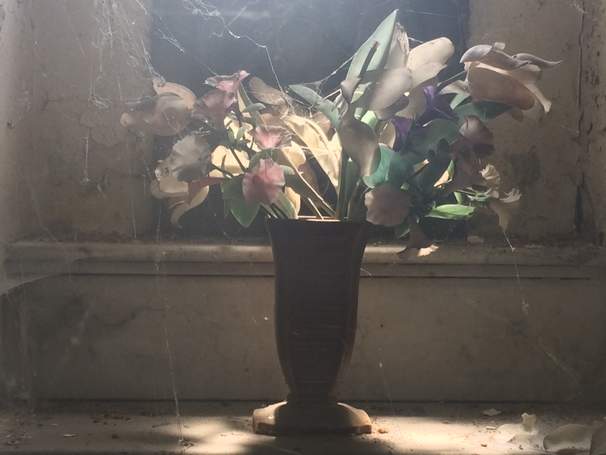 Final word goes to this poster, asking people to look out for a lost bunny rabbit cloth. Phone mummy it says, if you find it. 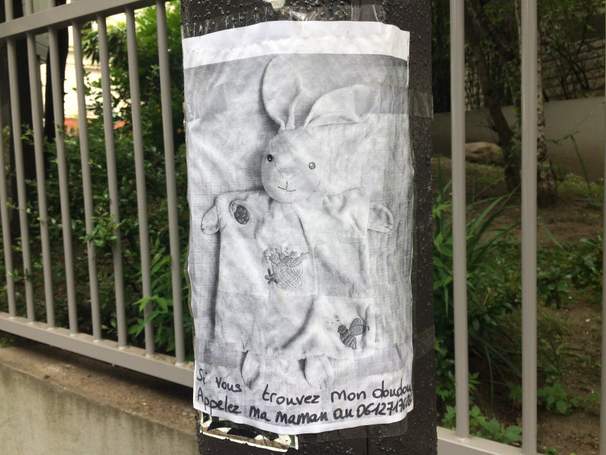