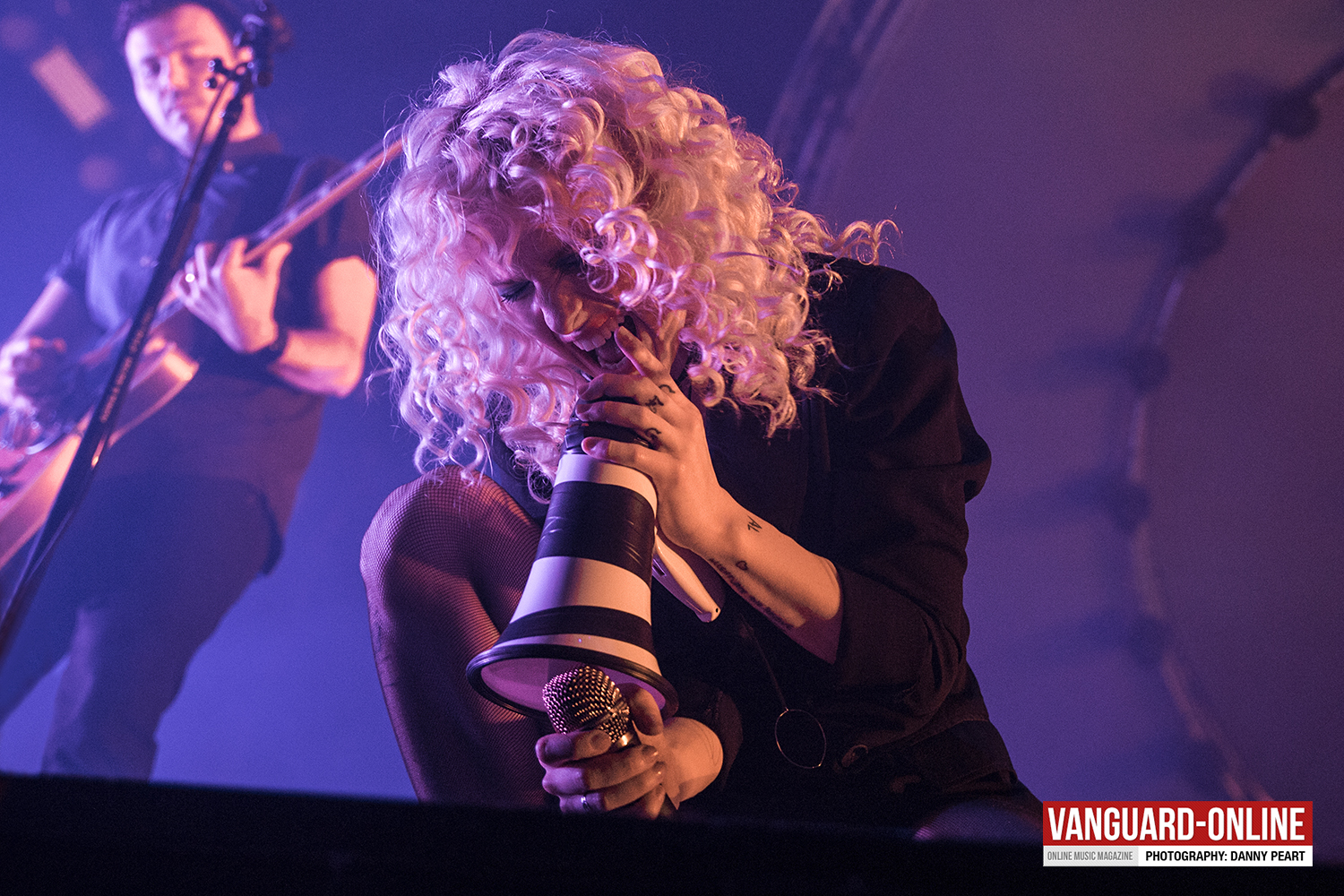 It’s been 7 months since Paramore (9.5) last appeared on stage in Manchester. Back then, they had just dropped their hugely anticipated new album ‘After Laughter’, highlighting the struggles torment and uncertainty from within, to create one of the best emotionally driven albums of the year. Needless to say, their show at the Apollo last year sold out in minutes and the atmosphere inside the venue that night was electric. Even more so impressive was that it was a strong performance from the band and crowd alike after the devastation at the Arena only weeks before.

This would be for both me, the band and many others, the first time we had returned to Manchester Arena since the attack. In these situations it would be easy to be on edge, however heightened security and the professionalism of staff alike made everyone feel incredibly welcome and safe, making the show all that easier to relax and enjoy the evening. 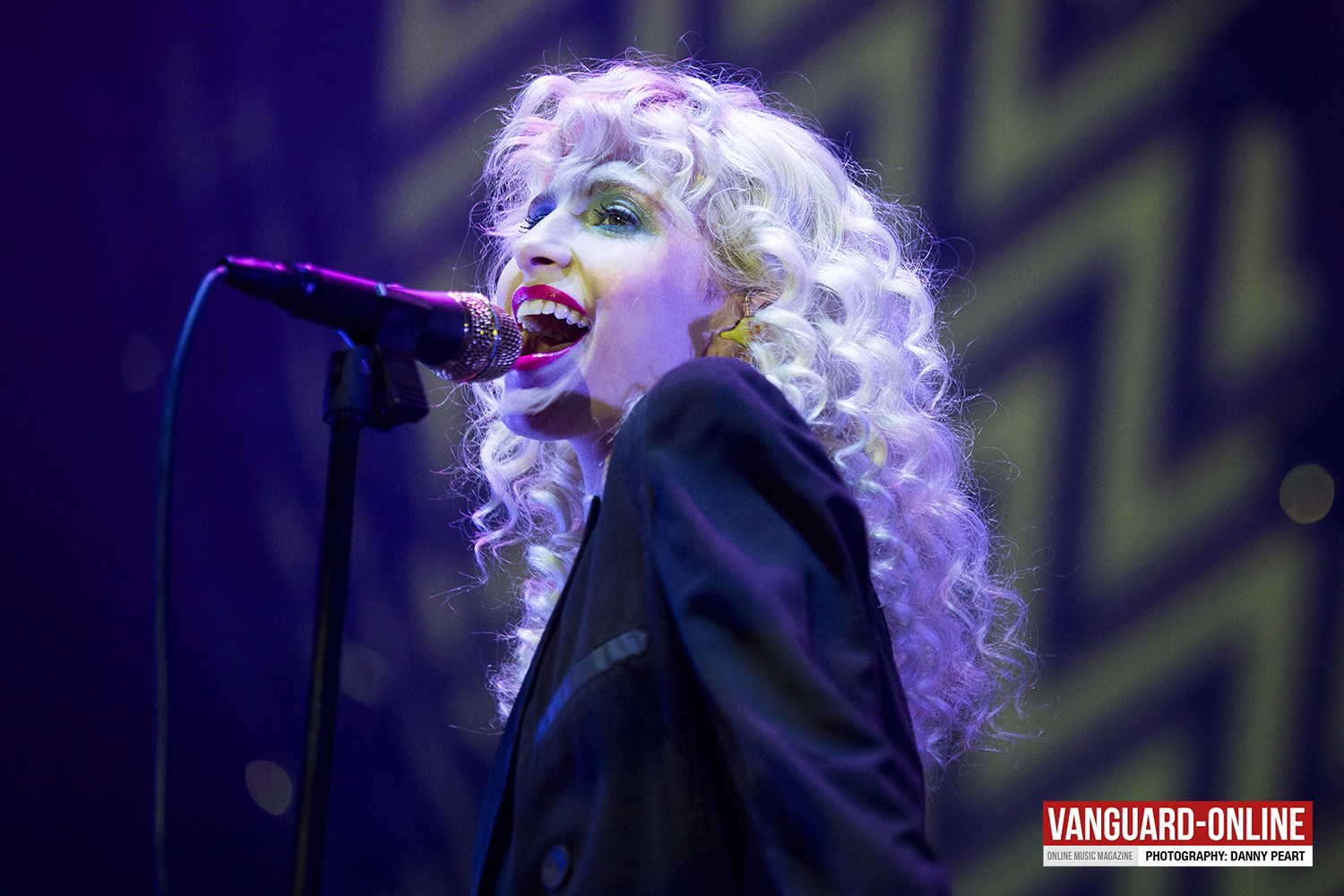 At the Apollo last year, there was a clear edginess about Paramore that evening after the events, which would be more than understandable. This show at the arena you might expect a little of the same, however Paramore take to the stage with a great deal of confidence, and it immediately rubs off onto the crowd. Frontwoman Hayley Williams struts her stuff around the stage to set opener ‘Hard Times’ beginning the set with some upbeat pop, to have everyone dancing away their problems set for an hour and half rollercoaster of emotions. The song closes with a little bit of Blondies ‘Heart Of Glass’ before the lights drop to deafening applause. 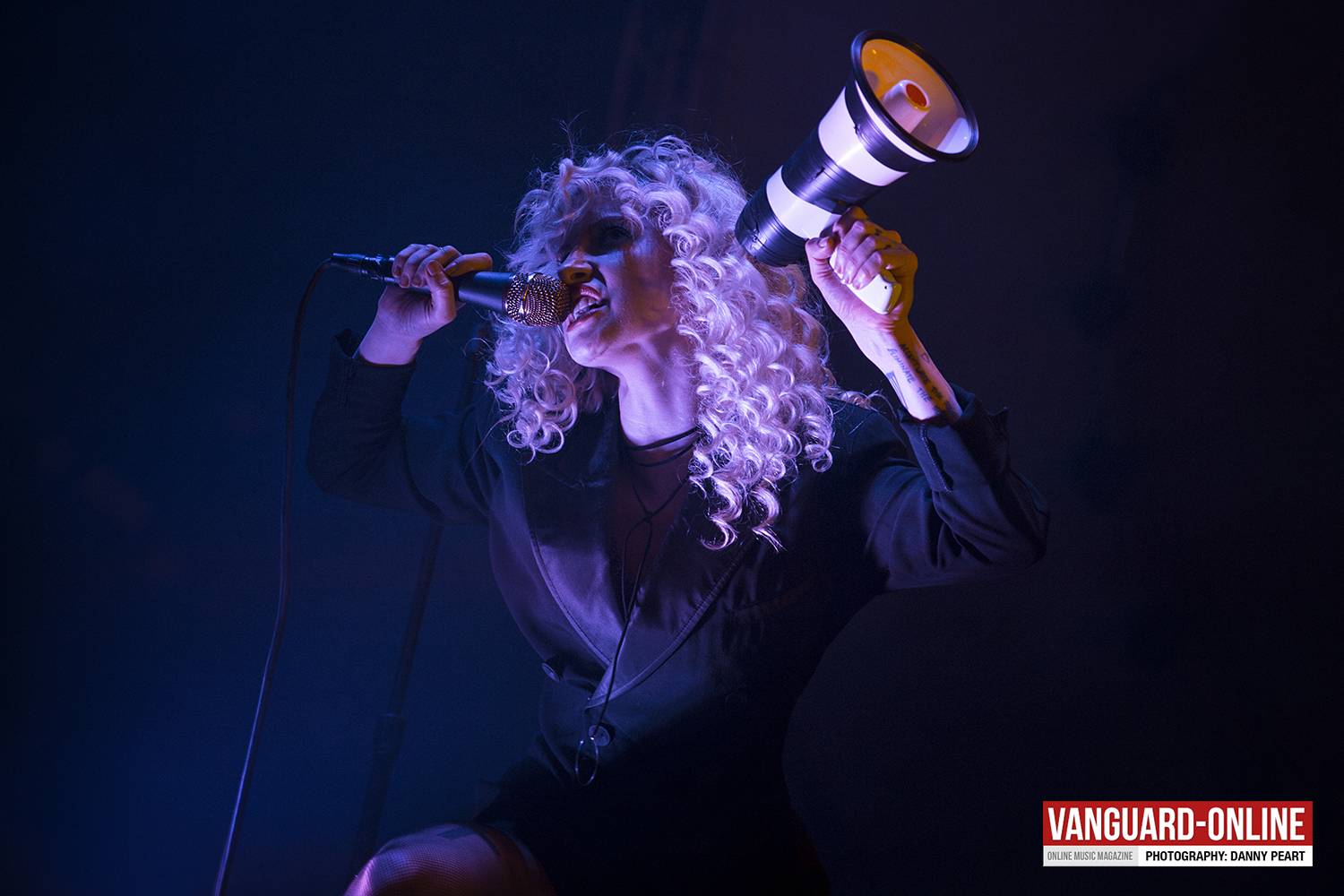 Out of the purple mist, the silhouette of Hayley Williams reappears centre stage clutching a megaphone as the riff of ‘Ignorance’ punches through the speakers leaving the frontwoman high kicking her way around the stage, before hovering low over the crowd screaming the lyrics through her megaphone for a distorted sounding verse. It certainly brought something a little different to a usual routine live performance to keep us on our toes.

Older favourites aren’t ignored as following ‘Ignorance’ in the early stages of the set are the likes of the chirpy ‘Still into You’, ‘That’s What You Get’ and ‘I Caught Myself’ leaving us channelling our inner youth for a sing along or two taking us back as far as a decade when Hayley, Zac and Taylor were riding through the Riot! Era. 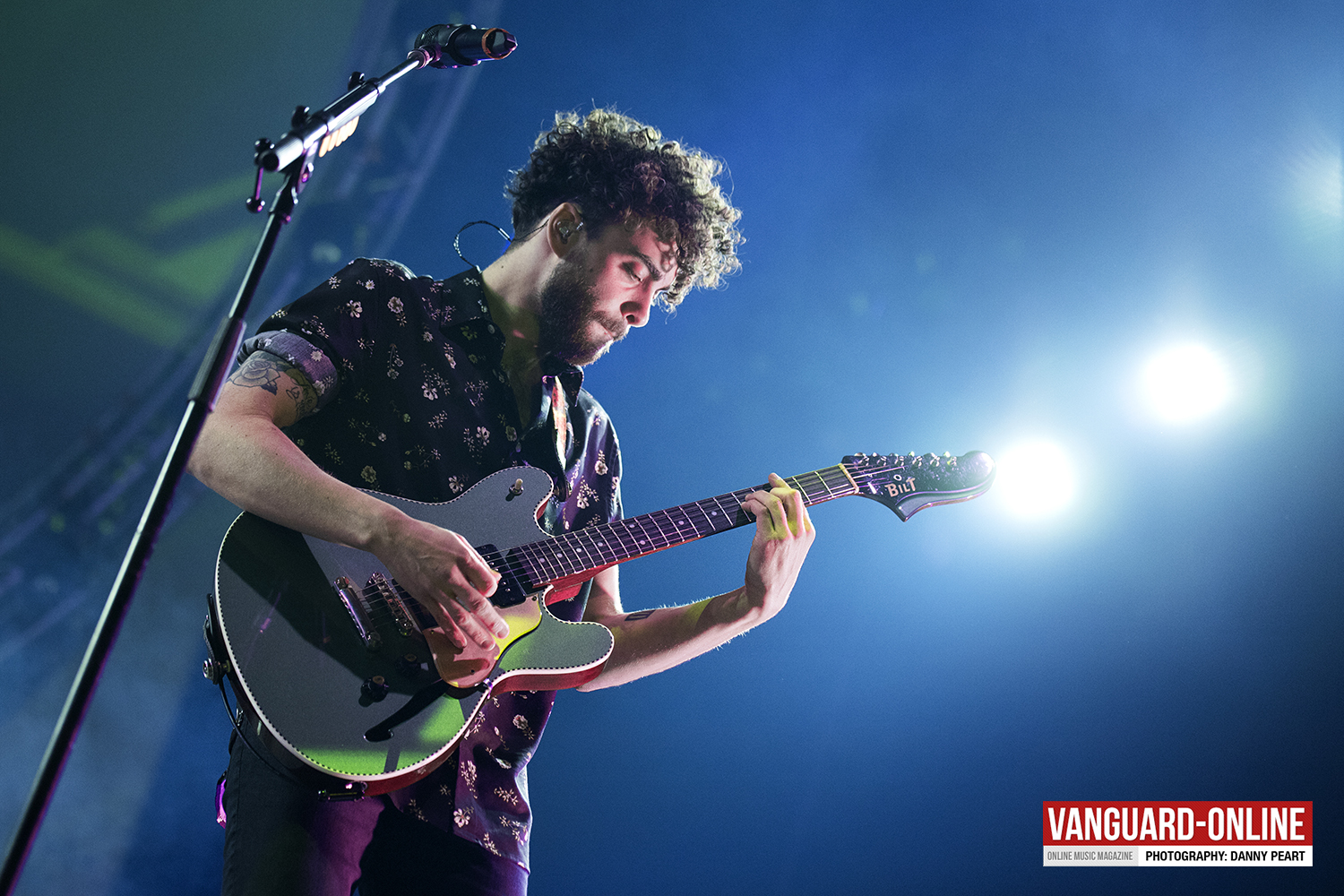 If the latest single ‘Fake Happy’ isn’t enough to bring a joyful tear to the eyes, then a moving performance of ‘Hate to See Your Heart Break’ and an exclusive inclusion of a stripped back ‘26’ by Hayley & Taylor would do just that. #26ForManchester was trending online prior to the show and it had clearly not gone unnoticed by the band who rose to the occasion for their apparent ‘favourite city’ in the UK making them feel at home. A moving speech from miss Williams states the strength of friendship and love for each other before a special 3 and a half minutes of singing to create a real feel of togetherness within the arena.

“Tear up the tissues and put your dancing shoes back on” states the frontwoman with great intent as she picks us up once again with her glowing personality for the funky ‘Caught in the Middle’, the brilliant ‘Told You So’ and fantastic ‘Idle Worship’ all taken from the new album. There’s a noticeable sense of enjoyment from the band playing through  their new songs from ‘After Laughter’ in comparison to their older material, likely because Paramore are growing and maturing both individually and musically.

A moment of Hayley speaking about the task of reading from an old journal with a sense of embarrassment is used to introduce ‘Misery Business’, a track that can not be left from the setlist due to the electric atmosphere it creates, but does feel like part of the old Paramore they are starting to shead and leave behind. Needless to say they still perform Miz Biz with an incredible amount of energy, and as ever plucks out 3 lucky younger fans from the crowd to sing the final chorus and dance on stage with them once again. It may be a track Paramore and their older fans are starting to grow out of, but there are a clear new generation of Paramore fans who will still relate to the lyrics of this and many older tracks on 2007’s ‘Riot’. 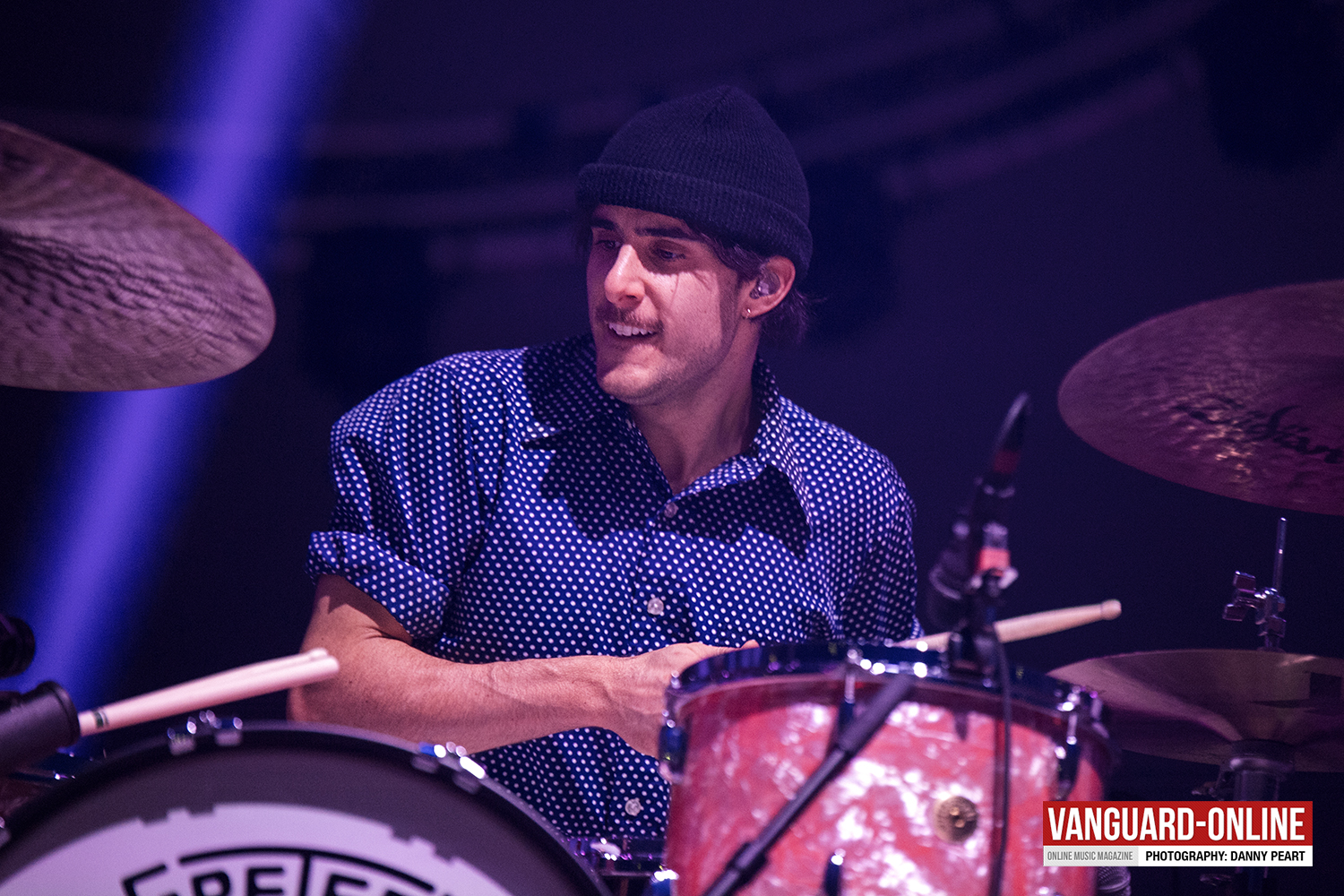 ‘Ait it Fun’ has us overwhelmed with joy before ‘Grow Up’ kicks off the encore to start the closing of the evening. The recently reunited drummer Zac Farro gets to take his place at the front of the stage to treat the fans to a track from his solo work. ‘French Class’ has the full Paramore disco vibe including some dancefloor shifting moves from Zac and Hayley in a beret and glasses, before the song closes out with a little chaos as Hayley darts around the stage ending up on the bongos and Zac jumping the stand-in drummer. 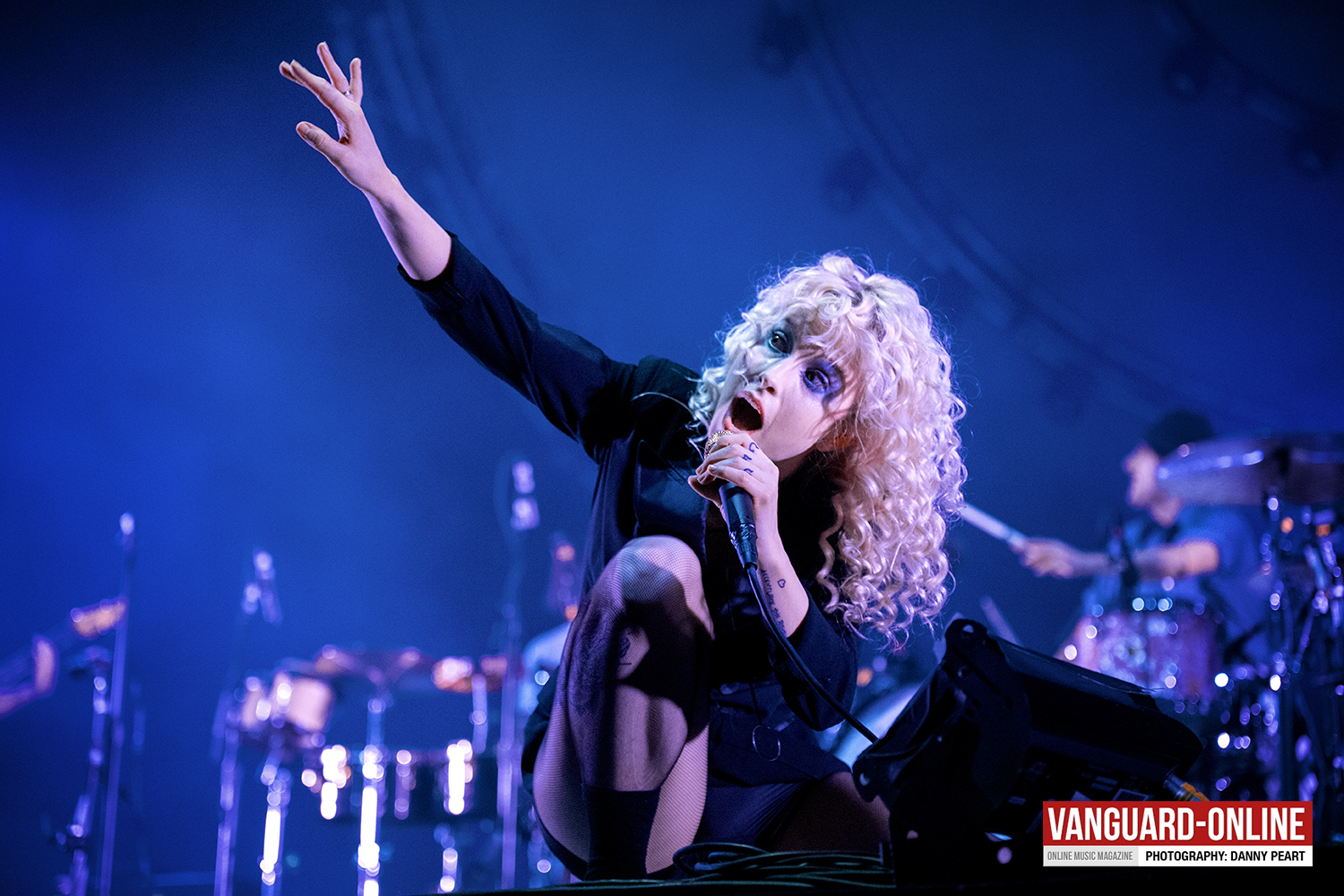 An incredible night ends with a full formal introduction to each of the band members, before a final scream of ‘We are Paramore!’ leads us into the cheerful ‘Rose Coloured Boy’, bursting into action leaving us all bouncing along for one last time. It may not be a pyro-tastic show with confetti and gimmicks, but Paramore don’t need any of that. When it comes down to it, they are one of the best live bands around and it’s difficult to criticise any part of their show. A performance full of energy, heart, dancing, joy and tears, Paramore remain at the very top of their game. 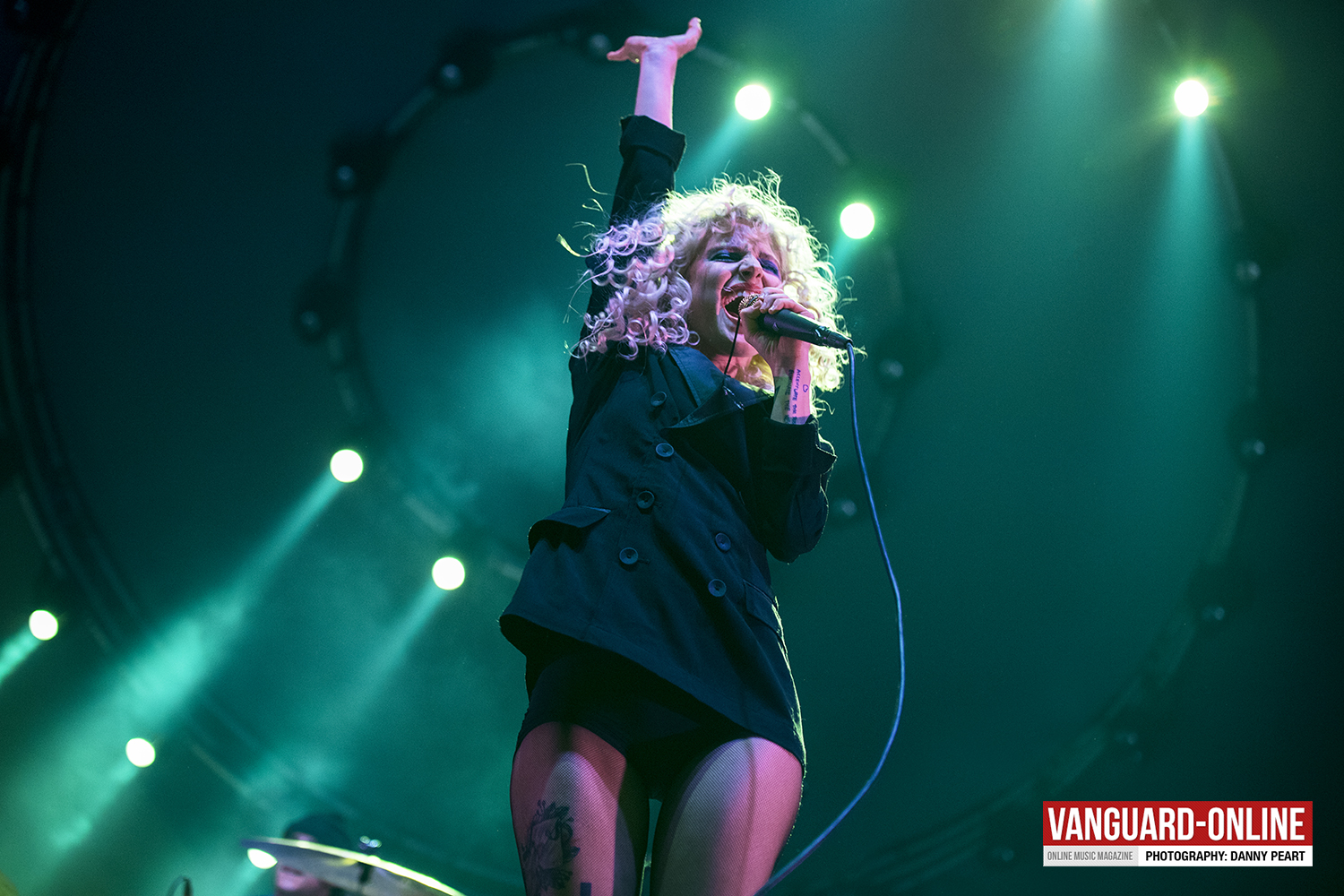