Paramore and Manchester shine bright through the hard times 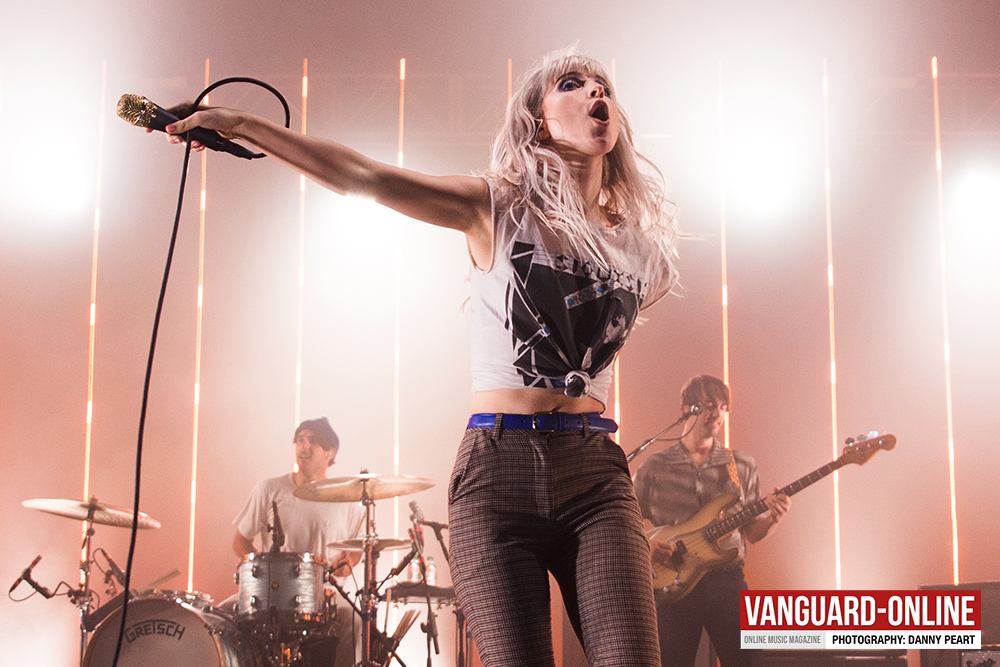 Four years on from their self-titled album a lot had changed in the Paramore camp.  Line up changes once again saw the departure of bassist Jeremy Davis, but also the return of drummer Zac Farro. Tonight will be the first time Zac has played with Paramore in Manchester for 7 years, back then it was a sold out Manchester Arena. Tonight Paramore’s show at the Apollo may be to a much smaller scale, but they sold out each show instantly as fans were eager to snap up tickets to catch a glimpse of the next chapter of Paramore (9.5).

With such dedicated fans it’s no surprise to find out they have been in the line outside the venue since the early hours of the morning to get their spot on the barrier as soon as the doors open. Many of which hopeful to be plucked out of the crowd by Hayley for a duet to ‘Misery Business’. 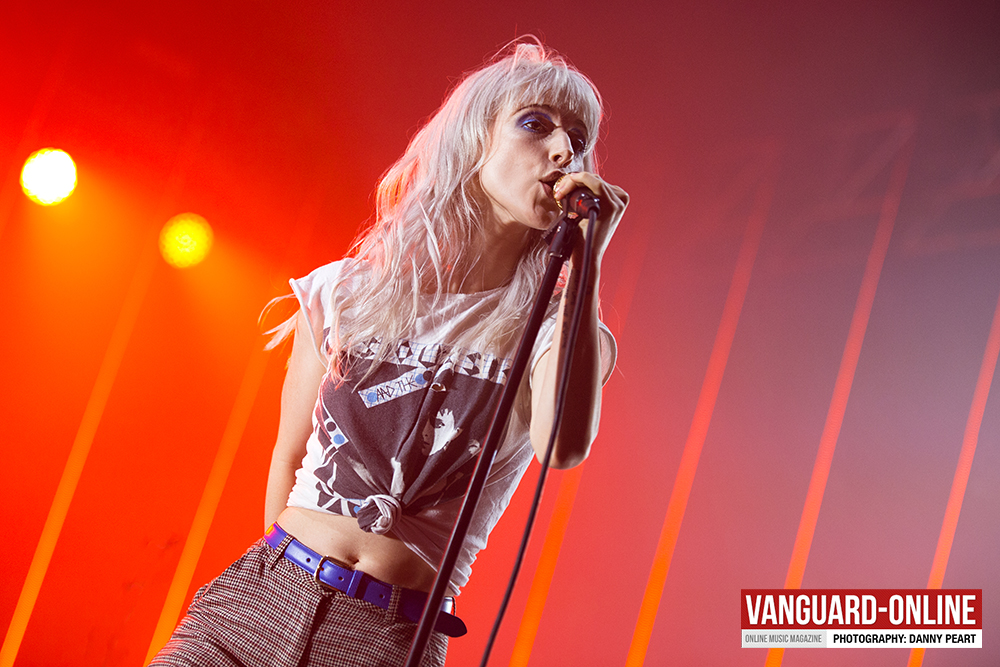 As stage times approach the venue is packed out from front to back, wall to wall, and the atmosphere is already excitable. As the lights glow from the stage Hayley Williams, Taylor York, Zac Farro and co. all wander out to enormous applause with smiles stretched across their faces. Thumbs are raised in the air and we’re instantly thrown into their recent new single ‘Told You So’ which has every single person in the Apollo singing loud from the off. It sounds as good live as it does on record if not better, performed with such enthusiasm from all of the band.

As much as this tour is about new album ‘After Laughter’ it doesn’t stop Paramore from playing a selection of fan favourites. ‘That’s What You Get’ and ‘Brick By Boring Brick’ follow as the energy levels rise through the roof. Hayley is running around the stage waving her mic stand in the air like she’s hitting up her gym workout, Taylor York is bobbing around on his guitar deep into his riffs, whilst Zac Farro plays cool as ever looking right at home behind the Paramore drum kit once again. 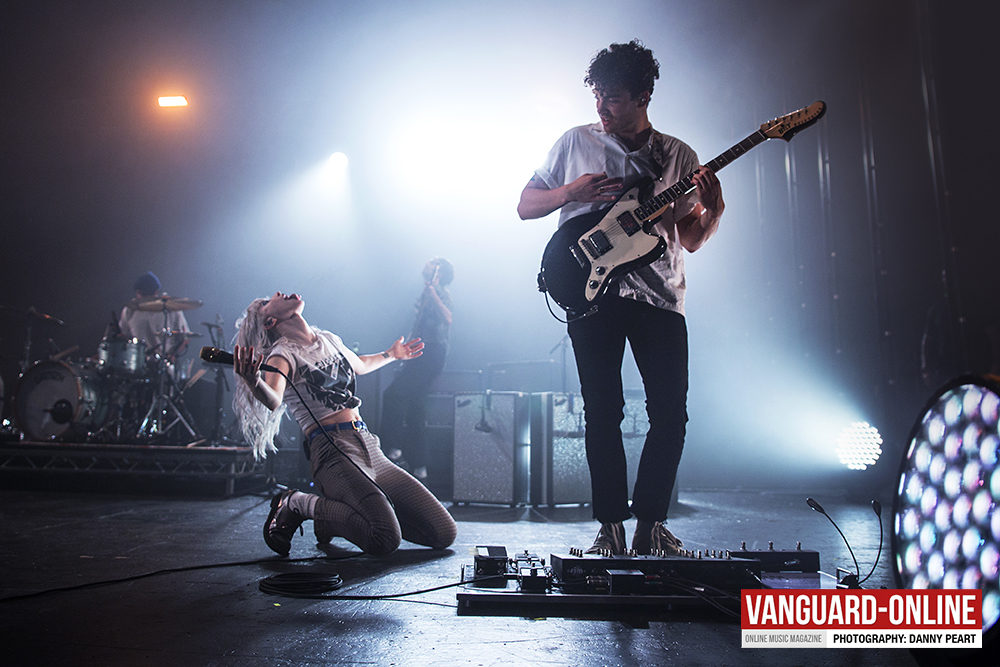 ‘Still Into You’ sounds as punchy as ever and its infectious chorus has us all drawn in, before we are treated to another new track. ‘Caught In The Middle’ has all the elements that ‘Still Into You’ has to make it a success. Bouncy riffs, a catchy chorus, and plenty of funky bass line to have us all bobbing around without any further encouragement. 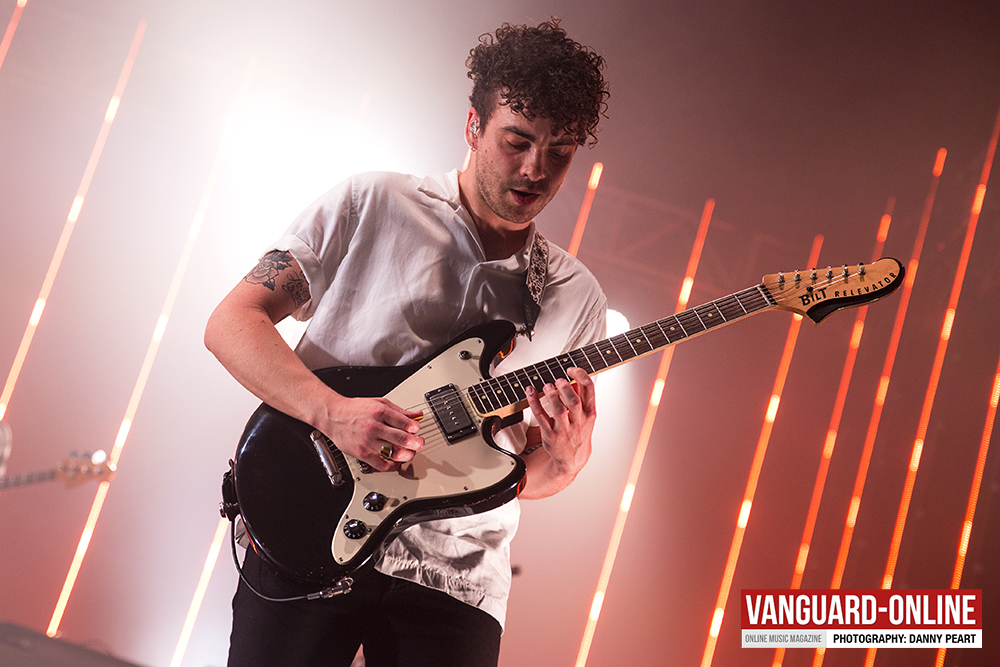 As lively and as upbeat as everything is tonight, everything is not so black and white. It was rumoured that the band had been extremely nervous about tonights sold out show after the recent terror attack at Manchester Arena, and it’s more than understandable. It shows at times in the set as they do seem a little reserved between songs, particularly Hayley who doesn’t seem as excitable and loud when interacting with the crowd as usual. But the crowd here tonight are as strong as ever, and nothing is going to stop them enjoying their favourite bands together. The extra atmosphere created here tonight is enough to take the pressure off Paramore, and make the show run more smoothly and comfortably for them all. It’s worth mentioning that many bands have cancelled their shows in Manchester recently to this reason, and the fact Paramore were strong enough to go through with everything as intended shows great character and spirit, and they know how important it is not to let their beloved fan base down.

“We’ve always loved coming to this city, you’re like family” states Hayley, before an emotionally driven few words follow. “In the face of anything, you’re so damn strong…. The fact that you listen and care, gives us purpose, and we feel like we can help.” Enormous cheers and a thunderous round of applause shows Manchester’s appreciation, before Hayley kicks off an emotionally moving performance of ‘Hate To See Your Heart Break’ that brings tears to our eyes. 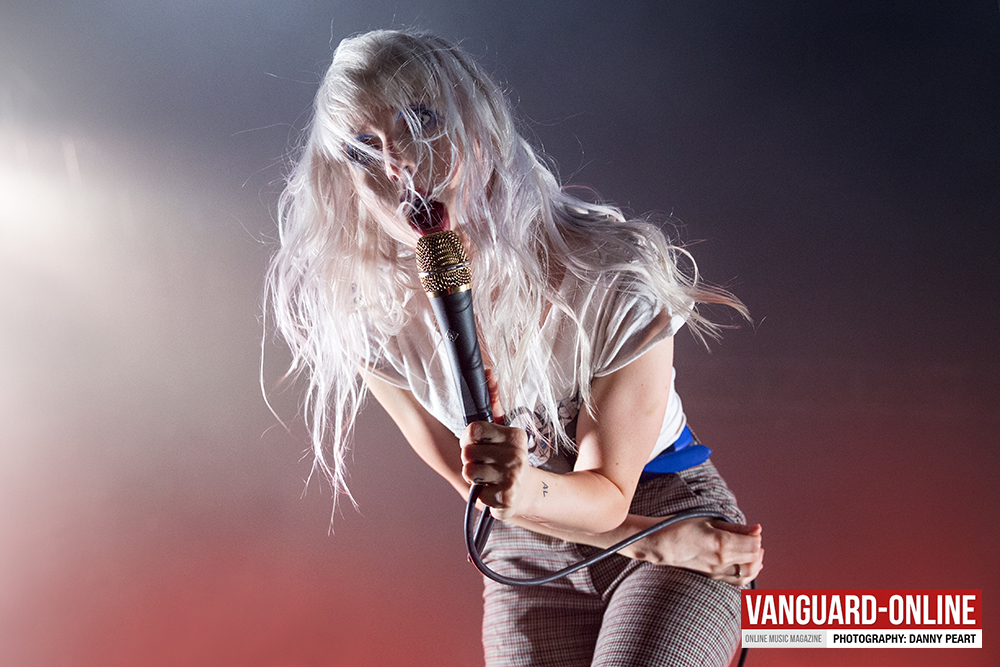 As normal service is resumed, more punchy Paramore classics are belted out through the setlist, but a few surprises are included. A fantastic cover of Fleetwood Mac’s ‘Everywhere’ is so strong it’s believable that it could be one of their own songs.

As the main part of the set comes to a close, Hayley speaks out to praise the crowd once again. “I don’t know what you’re going through. I feel like something that’s never failed us is friendship and music. Tonight that’s what we have. Thank you for listening to our songs; it’s kept us sane when we feel Insane… We’ll always be here for you.” Out of the applause ‘Aint It Fun’ quirkily fades in to leave spirits high once again, before their super hit single ‘Missery Business’ closes the set with two lucky fans plucked from the crowd to sing with Hayley on the ‘Golden Microphone’,concluding in style with plenty of energy. 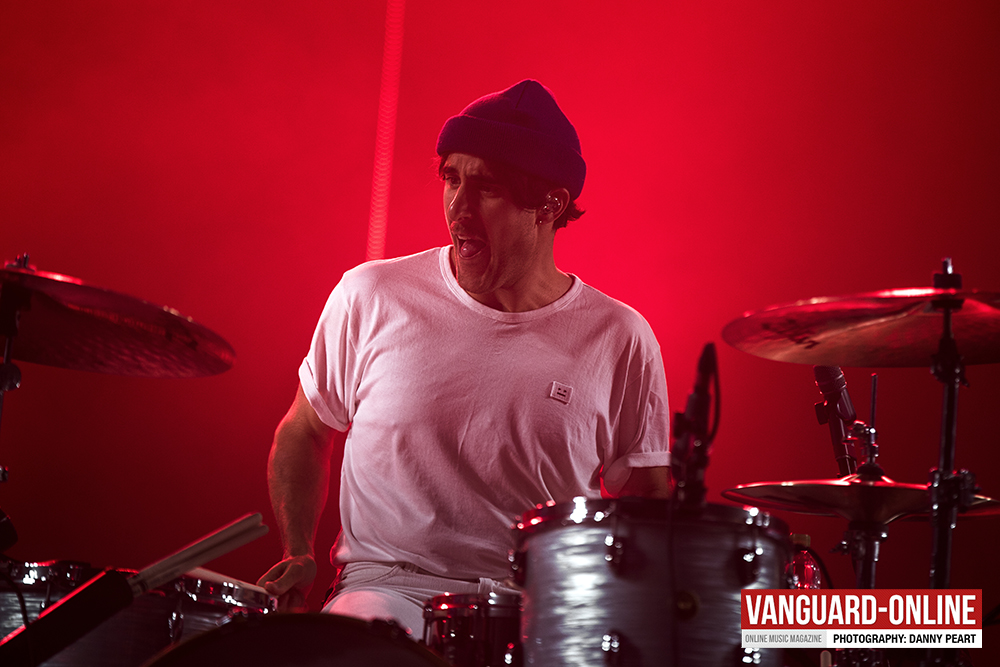 Undoubtedly an encore pulls the band back onto the stage shortly after, featuring ‘Forgiveness’ and a band cover of ‘Scooby’s in the Back’ leaving drummer Zac Farro taking vocal duties for the track from his side project ‘Halfnoise’, which is another fantastic addition to the set.

As expected, the new albums lead single ‘Hard Times’ is greatly received to finish the show in emphatic style. A top performance from Paramore in a rare intimate venue in comparison to their usual arena shows. It’s certainly one Manchester won’t forget any time soon. Things are looking up for Paramore, and we can’t wait to see what else comes from their new chapter together! 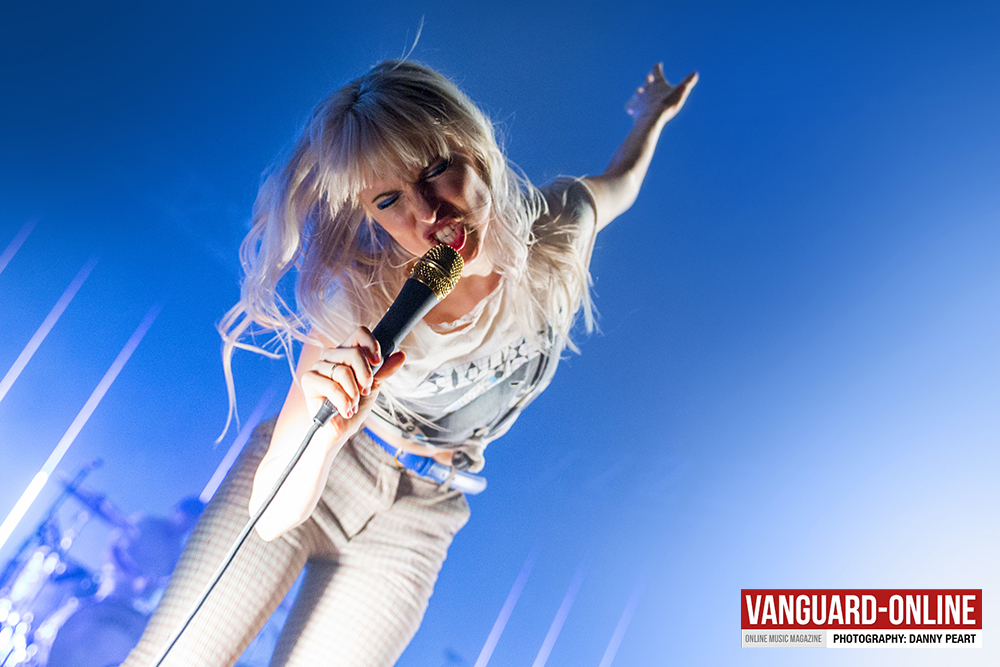 (PLEASE DO NOT CROP, EDIT, OR RE-POST/USE IMAGES WITHOUT PERMISSION)