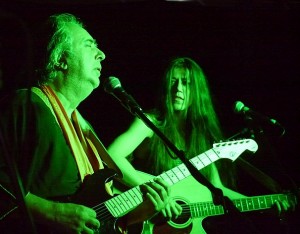 Famed as the premier psychedelic band in Brazil in the 1960s and 70s, Os Mutantes are are at risk of being damned with faint comparisons. I mean how many psychedelic bands were there in Brazil? When the band came on stage and launched into the first song; “uh-oh”, I thought. They sounded like a fake “groovy” band from a Russ Meyer film. Fronted by the only original member, Sérgio Dias, the evening had not begun with promise. 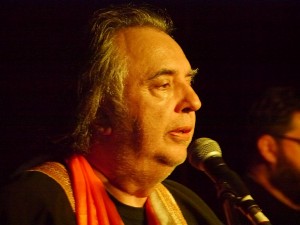 Things brightened up straight after. Songs got more Latin or more rock. There were quality beats from the Moldovan drummer; in fact the band was multi-national. There were some catchy choruses, there were many noodly guitar solos, a drum solo and lots of exchanged glances between Dias and his acoustic guitar player, Carly Bryant. The band was what made the evening – a partnership of equals rather than the backing band for Sergio. Vocals were carried more by the band than the ailing front man and it worked well. The evening was helped by a number of excited Brazilians – quite possibly the whole Brazilian community of Leeds that night. 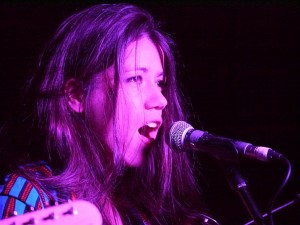 Sérgio Dias had bronchitis but sustained a laconic good humour; working Leeds’ Black Prince statue, Brexit, Theresa May and Donald Trump into a song and surrounding story of El Justicero. Other songs had presence too – particularly a tribute to el Cantor De Mambo. 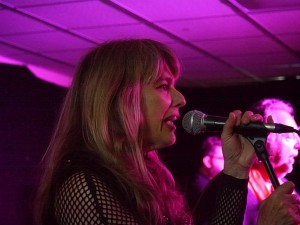 The set went by without a dull moment and that’s a surprise when I knew so few of the songs. Interest was sustained with the gentle good humour, the quality of the band and sense of respect between band members. There was plenty of gentle moving in the audience as we steered towards the encore, moving through notable hit, Jardim Eletrico, with a long solo and much jamming from Panis Et Circensis’ prog tendencies. It was an unusual evening but better than I had any right to expect. A great atmosphere and sense of enjoyment from a band with nothing to prove. 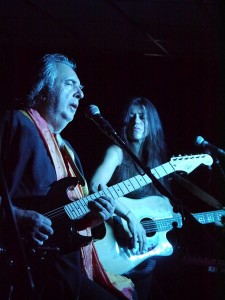