Olly Murs is back and he is coming to the UK

Olly Murs just released his new studio album with Sony Music and it is a mix of his most famous songs and “ the other album is songs only I know,” Olly says. “For now”. The two disc album was released on 9th November 2018 and goes hand in hand with the release of his new single Moves fest. Snoop Dogg which is a dancy, good vibe hymn that makes you sway and wishing for the weekend. It’s a great song for fighting the cold of the winter and trying to avoid thinking about Christmas. 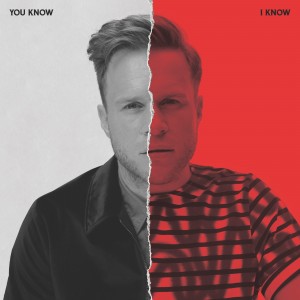 Album cover of You Know, I Know

But his new album You Know, I Know also features some of his well-known ballads such as Dear Darlin which is great if you actually want to have a nice and cozy evening instead of partying hard.

With the release of his album Olly Murs also announced his upcoming UK tour in May 2019. The tour dates are as follows:

You Know, I Know is not only the name of Murs’ new album but also a great new tack on the record featuring Shaggy. The two make a great time. Promoting good mood and summery feeling while listening to the lovely song that is full of self-confident.

Even so his new album doesn’t have a lot of quite songs it has a few songs that stand out, such as Maria. The whole song has a Latino vibe combined with something dark and frightening. Mixed with the lyrics it kind of sounds like a warning and as if destiny strikes while listening to the song.

Footsteps is one of the deluxe songs on the album and it is the absolute party, weekend song on the album. It basically describes how to pick up a girl for the night but with a very nice rhythm. Classical pop as we know and love it from Olly Murs.

In general it can be said that CD 1 which features all his unknown songs is a perfect mix to start the weekend and celebrating life whereas CD 2 is a nice mixture of his famous pop songs, some more quite, some just continue the party.

The album is a great Christmas present especially combined with a ticket for his upcoming tour. But be aware: the tickets have gone on sale in October so grab your ticket before it’s too late and they are all sold out.