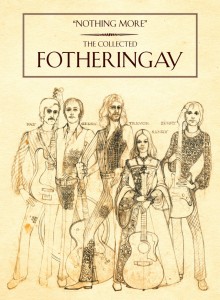 In 1969, Fairport Convention released what is considered by many as the finest folk-rock album produced. Recorded as a response to massive collective personal tragedy, Liege and Lief dug deep into the rich history of British folk music and perfected the model for folk rock. All of the members of that line-up became folk royalty and spawned several of the scene’s most prominent bands. It is probably not going too far to say that most likely to succeed was Sandy Denny. Denny was not the first singer in Fairport. She had joined in 1968, after their eponymous debut, having recently left The Strawbs. Such was Denny’s growing reputation and stature as a first rate singer, that the members of Fairport felt that they were auditioning for her rather than the other way around.

Leaving Fairport on the eve of the release of Liege and Lief, she formed Fotheringay with Trevor Lucas, an Australian country folk singer who would later become her husband. Musically, Fotheringay was a close progression from her work in Fairport – the band’s name already a song on the band’s second album ‘What We Did on Our Holidays’. She would remain on positive terms with Fairport, though, returning to the fold in 1975, and regular participating on others’ recordings, while they – in particular guitarist Richard Thompson – would regularly feature on her own later solo work until her untimely death in 1978.

Fotheringay would only release a single album during their lifetime. In 1971, Denny left to pursue a solo career. However, a second album had been largely recorded at this time, which was completed by guitarist Jerry Donohue and finally released in 2008. Much like Fairport, the songs were a mix of originals (predominantly Denny’s own) with a few traditional numbers and the occasional judicious cover of Bob Dylan or Gordon Lightfoot. ‘Nothing More’ is, as the title suggests, the full collection of recordings available from the band encompassing both albums, demos and live recordings. Perhaps of most interest to those already in the know about Fotheringay is a fourth disk featuring a DVD of live performances from Germany’s Beat Club.

Without any doubt, the star of the show is Denny. In the field of female folk singers from the 60s/70s, few have perfected the role quite like Sandy Denny. Shirley Collins may have been more authentic; Anne Briggs, clearer; Maddy Prior, playful; but Denny encapsulated everything that was essential to the role. Her interpretation of traditional material is near perfect and her own songwriting is rich and evocative. But the primary reason to celebrate Sandy Denny, and to relish the opportunity to revisit this chapter in her story, is her voice. It rings and soars, and while it is unmistakably in the folk tradition, she is deeply accessible and immediate. Absent is any hint of dour, pretention to authenticity; she is first and foremost a singer of songs regardless of tradition. 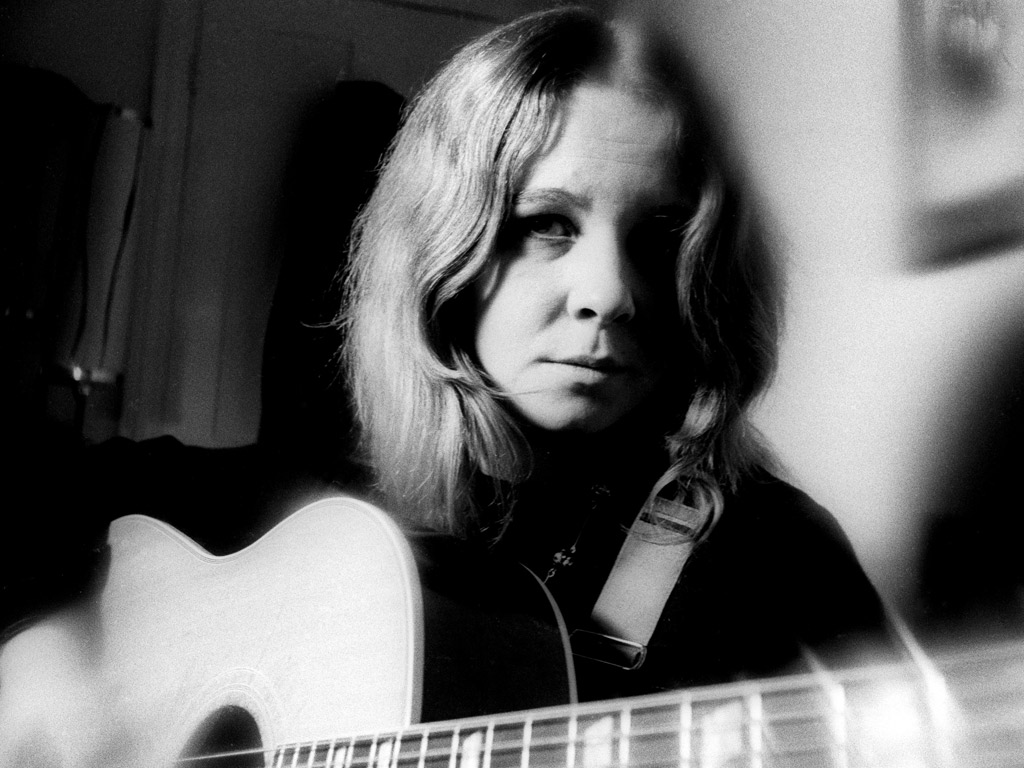 A survey of the songs written and sung by Denny reveals a clear sense of mood and texture. ‘Nothing More’ is almost conversational in its intimacy, while ‘The Sea’ carries the same sense of a force of nature as the title implies. Her enunciation on Dave Cousins’ (of The Strawbs) ‘ Two Weeks Last Summer’ is immaculate, her voice rising and falling; luring you in before lifting you up. On ‘John the Gun’, Denny is at her most imperious and demanding. Yet for all that, some of the most revealing tracks are the demo versions. For all that these songs lack the production and the overdubs that convert them into finished products, the demos show the richness of Denny’s voice and the seemingly effortless beauty it projects. It is clear from these why Denny has been credited as an inspiration by Kate Bush and Joanna Newsom amongst others.

Of course, the great risk of reviewing the work of Fotheringay is to focus exclusively on Denny. While she is the main draw, credit must be given to the rest of the band, in particular co-founder Trevor Lucas. Lucas brings a country feel to The Ballad of Ned Kelly, a raucous tribute to fellow antipodean rebel, and ‘Peace in the End’, a mid-tempo rocker that begs for a sing-along. Lucas also brings Gordon Lightfoot’s ‘The Way I Feel’ to life.

Admittedly, though, what truly makes the song shine is the phenomenal instrumentation of Jerry Donohue (guitar), Pat Donaldson (bass) and Gerry Conway (drums). While these guys might lack the virtuosity of Fairport, they punch harder, and propel the song forward. They also show great sensitivity towards Denny’s softer material such a ‘Late November’ or the traditional, ‘The Banks of the Nile’. Donohue, in particular, stands out with evocative guitar lines that often cascade down and complement Denny and the rhythm section perfectly. The talent of the band is seen readily in the live material, which while hardly revelatory, is first rate. Even without the comfort of a studio, the band demonstrate the ability to capture the energy and essence of the songs.

This set is essential for anyone that wants to explore Denny’s steps between Fairport Convention and her solo work. Without doubt it contains some of her essential recordings, and some of the finest folk-rock of the early 1970s. But if you are already familiar with Fotheringay, is there much to justify forking out for a boxset? Fundamentally, yes. The demos give an insight into the workings of the songs, and there is a wealth of live recordings which are well worth exploring. There is also a nice little interview from Radio 1’s Top Gear, which also offers an insight into the making of the album. Admittedly, I found the (legendary) Joe Boyd remixes of songs from ‘Fotheringay 2’ superfluous but given the treasures available elsewhere throughout the set, this was forgivable.

In all, this is a set that is not for Denny completists only but essential listening for anyone with an interest in this incredibly fertile era of British music, or anyone wanting to see what the fuss is all about with Sandy Denny, possibly the greatest female folk singer this country has yet produced.

Released on March 30th by Universal