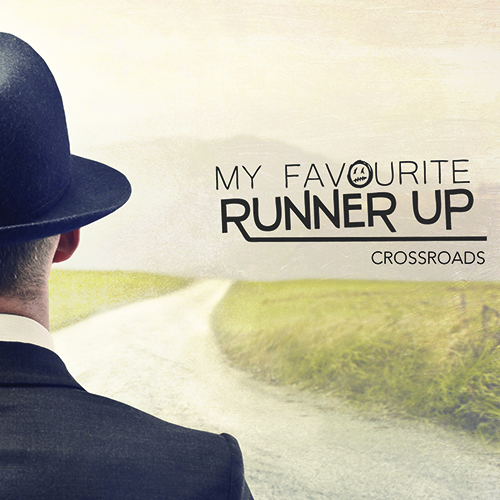 Energetic pop/punk rockers, My Favourite Runner Up, release their debut album ‘Crossroads’ to what has be eagerly awaited from the explosive Welsh rocksters. The group, brought together in 2006, was formed from their affections of bands such as, New Found Glory, Jimmy Eat World and Mayday Parade. MFRU have crafted their personal take on this popular sound that hopes to win over any modern day rock fan.

It only takes a couple of seconds into opening track ‘Light A Fire’ to establish the Welsh five-piece will live up to their pop/punk credentials. Punchy guitars, catchy melodies, dynamic vocals and you’ve got a perfect recipe for an upcoming punk sensation.

Into the album, with the infamous title ‘Crossroads’, it is evident MFRU are not taking their foot off the pedal. Bursting anthems such as, ‘No More Fight’ and single ‘Poison’ are the stand out tracks with hidden gems ‘Storytelling’ and the heartfelt ‘Better Without You’ keeping you indulged.

The album maintains an enticing pace throughout, with obvious crowd pleasers in there. Justly ending with the track ‘Home’, an epic finally, which a lot of bands neglect to produce.

For a genre dominated in the US, these Welsh pop punksters have stepped up to the plate and hit the scene hard with their punchy pop punk style. The future looks bright for this band, it will be interesting to see whether they pop up in any festivals this year.

‘Crossroads’ will be available for digital download from February 17th

Listen to new single ‘Poison’ below