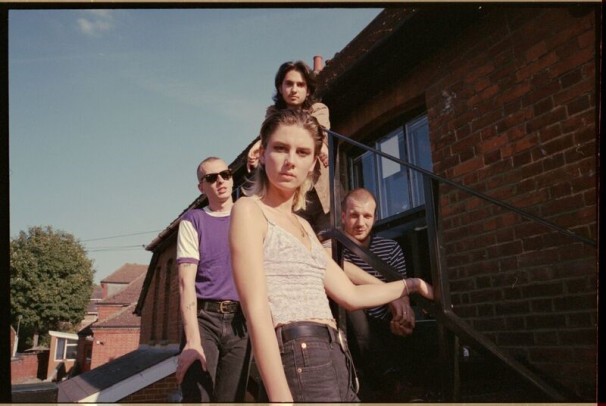 Eight months ago, Wolf Alice released their critically acclaimed sophomore album Visions of a Life. Since then they have brought their live show to adoring fans across the globe, recently taking time out between a run of US headline shows and support slots with Queen of The Stone Age to film a music video for latest single Space & Time.

Often overlooked on a genre-spanning and meticulously crafted record, Space & Time offers succinct guitar-driven rock with a punk sensibility. The music video marks the directorial debut of lead singer Ellie Rowsell, and is appropriately dynamic. Ellie sprints through isolated forests and streets, bundling the skirt of a cumbersome (albeit beautiful) wedding dress to her chest, until she reaches the coast and can run no more. Her clunky Dr Marten boots and laboured breathing are our sole audio for the first 30 seconds of the video.This narrative is simple but effective, encapsulating the panic and longing for escapism in the lyrics “I hate the word “forever”, I hate the word “change”, I just need time, give me time, space and time”. Ellie explains that the track is about “being faced with life’s obstacles and knowing that at some point you’ll be looking back on yourself at this moment in time and it won’t be as bad as it feels right now”. Space and time are healing, and Ellie hopes that one day she might even be able to look back and laugh at what now feels so overwhelming. This is reflected in her direction of the video; runaway brides are a frequent and reliable comedic trope, from Rachel’s iconic introduction in episode 1 of Friends to Julia Robert’s eponymous romantic comedy Runaway Bride. There is an absurdity to seeing Ellie engulfed in white fabric, stumbling over her wedding dress in heavy black boots, but the anxiety in the lyrics and the bleakness of the cinematography are more reminiscent of Hole’s post-apocalyptic Samantha than Dixie Chick’s slapstick Ready to Run. Filmed in Portland, Maine, the video closes on a stunning drone shot of Ellie on a jagged cliff edge, and despite the hostility of the physical environment, there is a quiet serenity to Ellie overlooking the ocean. Her time running has come to and end and her time of reflection is about to begin.

This summer Wolf Alice are playing a number of festivals in Europe, China, Japan, New Zealand, and Australia, details of which can be found on their website here. UK & Irish dates are listed below.