“There’s a prickling in my fingers, the future’s coming up to meet us.”  (Glorious Year)

It’s great when I find a band I can’t pigeonhole. A band that can only be described with multiple comparisons, conditional statements, hypotheses and hand-waving.  The best I could offer to a friend was “sort of folky”, which misses the mark by a few hundred yards. This is a band that has recognisable folk traits but owes as much to prog, to pop to classical music and a fair chunk to pure invention. I was worried that their live show wouldn’t match up to the shinily-produced Constellations album but the live arrangements were so thorough that the show was a marvel. 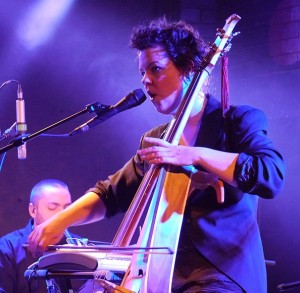 Hannah Miller managed to destroy her cello’s bow within the first few minutes; a fitting start to a Friday the thirteenth gig and featuring the fitting lyric; “this is the worst thing you’ll have to bear”. Hannah is happy to chat and between her and Ruth Skipper on auto-harp, they have a dry but comfy repartee. Despite the folky or traditional base to a number of songs, the songs are sometimes divided into movements in a prog rock style, shifting tempo and phases. That impression is strengthened by the lyrical topics. New song, Skin Of An Octopus, is followed by a song about the Nematode Worm, both actually about the things they claim to be about. Other songs cover the stars, alternate universes and sea-monsters. Yes would have made a double album, this band make a three minute song. Then the drummer, Oliver Austin, keeps the audience on their toes by playing a different style with every song, rarely rock drumming, more likely to be jazzy. Then there are the contributions of Raevennan Husbandes. Smiling with quiet satisfaction, she slings out hard rock lines on her Telecaster. Add in the careful harmonies and you have a strange brew. 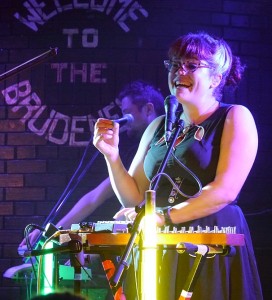 I wouldn’t want you to think it is all careful construction, though the band must have worked very hard at building the arrangements – there is a sense of joy running though and a smile at their own occasional pretensions. Ruth Skipper, swapping her bassoon for an autoharp, badgers the soundman to help her get the sound of “angel piss” from her glissando sweeps on the instrument. “Angels pissing on your face”, chips in Hannah, who later describes a song as being about “mirrors, parallel realities and seeing your lover”. Just your ordinary love song, you know. Behemoth is a thumper and fun, with the band asking us to chant along – Be-he-moth – to this song about a leviathan lying on the ocean floor, burping. After a full hour, the Moulettes leave us with a heavy and proggie Burn Me Up, driven by slamming block chords on the keyboard. 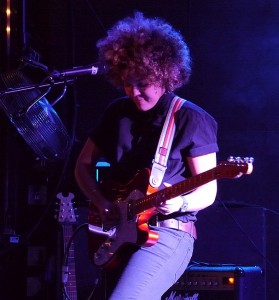 Not the last band of the evening, Moulettes left a scorched stage and Nizlopi deserve our sympathy for having to follow what was clearly a showstopper. 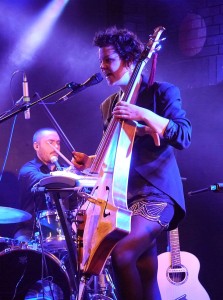 Strange and complex, fun and serious, the Moulettes deserve your time. 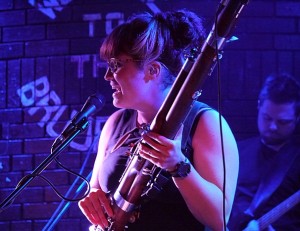 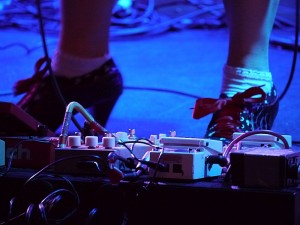