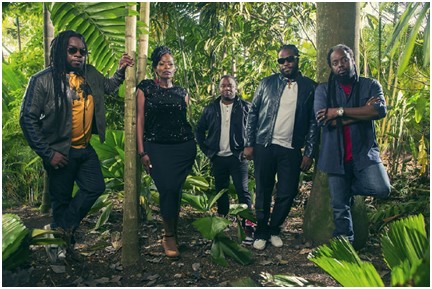 Following the success of their tenth studio album, ‘Strictly Roots’, Morgan Heritage are teaming up with Indaba Music for an exclusive remix contest of their newest single ‘Light It Up’ feat. Jo Mersa Marley, due to be released on 31st July 2015.

Winners of the competition will be awarded an array of prizes, with the first place package including a $500 cash prize, a meet and greet with the band, two tickets and backstage passes to an upcoming show, a Skype call with the band, an autographed copy of the new album, ‘Strictly Roots’, and the release of the winning remix on a ‘Light It Up’ Maxi-Single. Second and third place winners will also receive cash prizes, a copy of the album, tickets to an upcoming show and a chance to speak to the band via Skype.

Submissions end on 19th August, before the eventual winner is announced on 16th September. For the official rules, more information and to enter, head to: https://www.indabamusic.com/opportunities/morgan-heritage-light-it-up-remix-contest/details

Releasing ‘Strictly Roots’ on their very own label CTBC (Cool To Be Conscious) Music Group, the album features a wide variety of guest performers, including platinum selling pop/dancehall phenomenon, Shaggy, American reggae and R&B vocalist J Boog, Eric Rachmany of Rebelution, Bobby Lee of Grammy-nominated SOJA, fresh reggae sensation Chronixx and third generation ambassadors from the Morgan and Marley families, Jemere Morgan and Jo Mersa Marley. The hotly anticipated album went to #1 on both the iTunes and Billboard Reggae Album Charts and is currently #2 on the Roots Music Report Caribbean and Reggae Chart.

Renowned worldwide for their live performances, their ‘Catch A Fire’ tour will kick off in Philadelphia on August 29th and will wrap up in Los Angeles on September 27th. Celebrating Jamaica’s musical heritage onstage alongside Morgan Heritage will be Damian Marley, Stephen Marley, and Tarrus Riley, as well as special guest appearances from Jo Mersa Marley, Jemere Morgan, and Black Am I.