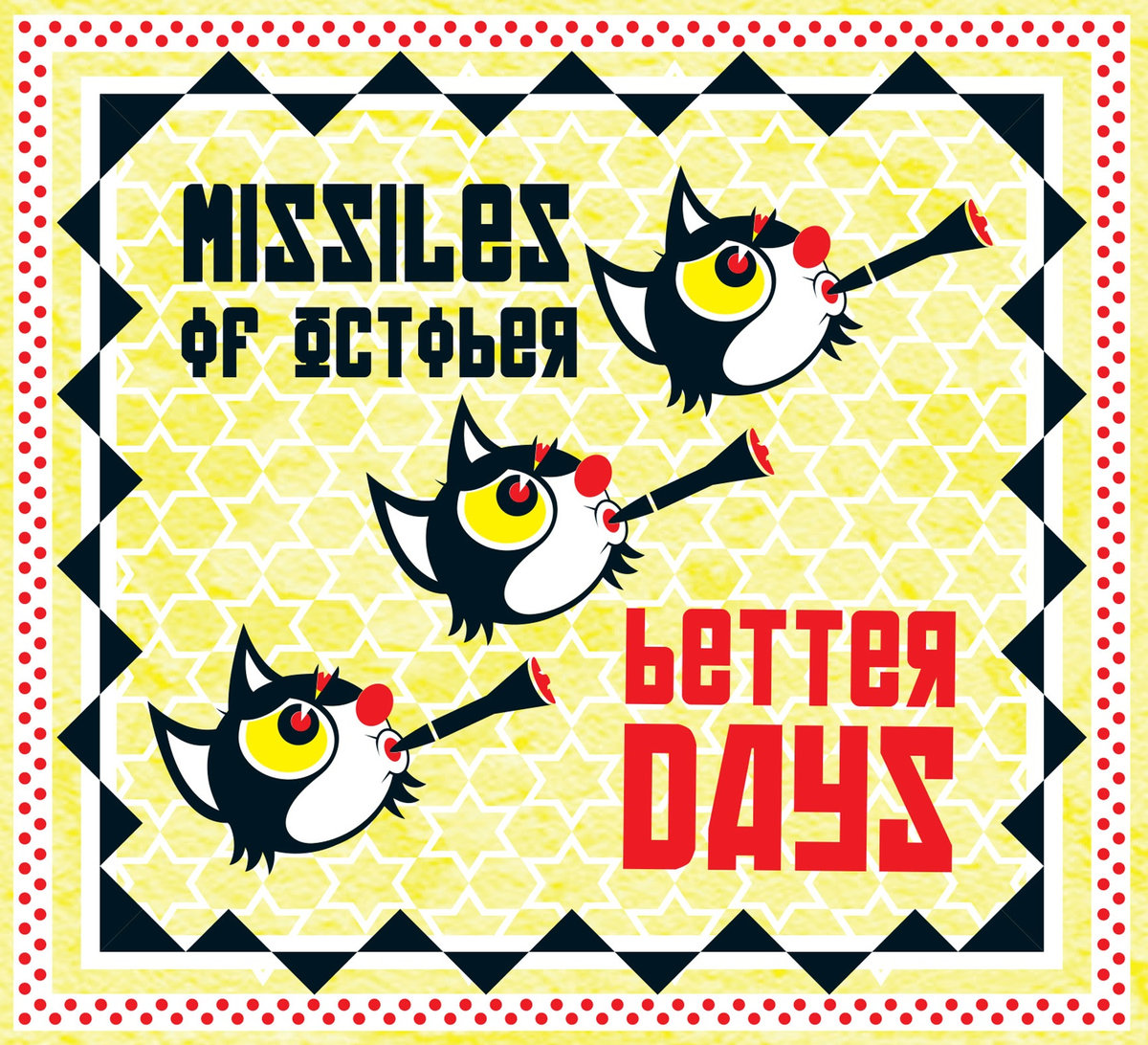 The music of Missiles of October is rough, its the musical equivalent of the feeling you get when you wake up in the morning and you burp and you taste a mix of the kebab and the tinny lager you’d consumed the night before. Its that awful sweaty smell in your bedroom in the morning when you’ve let your mates sleep on the floor after a heavy night out, even though you’d opened all your windows as a precautionary measure. Its rough, but God do I need it. Its difficult to explain why, but its resonating at just the right frequency to cook my pumpkin. The lead singer is putting this death core voice on but its not scaring me, instead its giving me a delicious back scratch. Those purring guitars, those attack dog riffs are giving me a well needed enema. Its the honesty and self-effacement from the indecipherable shouty lyrics that I’m picking up on that’s doing it for me, such a tonic given the world of appearances that one finds oneself continually having to put up and make compromises with. Fuck, it makes me want to dance, and go into a complete tizz, I think I’m going to play this to my kids – they are going to love it. I feel weird saying this because I think people will find it difficult to see what I’m talking about, but this music has really got soul. This is from the gut. Really, this is a band who feel like heaving, and they’ve written the perfect paen to that feeling you get just before and just as your throwing up. Its like, I’m going to do a shit, look I’m doing a shit, and look there it is, have a look at that. I’m going to listen to this over and over again.