With a lovely and gentle album out (Some Twist), riding a Laurel Canyon vibe from the seventies, Nau turned in a personable and gentle evening. The set was drawn from both of Michael Nau’s albums and songs were distinctively one or the other. Older tunes were more four-square country-ish ballads, while the new album supplied dreamy AOR with some gentle funkiness. Think late-period Tim Buckley without, of course that voice. 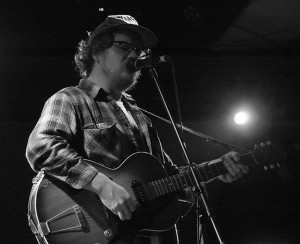 It’s the second album’s tracks that stood out for me. The Fender Precision bass burbled loud and clear while Nau’s unusual and tasty guitar tone flavoured his distinctive and unflashy solos on his electro-acoustic guitar. Quite often he enjoyed letting a groove just carry on without too much messing. 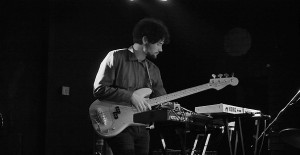 It’s pleasant sitting in a, shall we say, ‘select’ crowd at the Brudenell tonight. I reflect on the lyrics and quietly groove inside myself. Phrases conjure up the mood:

“I’m a drunk man walking on a balance beam”

“Guess you can’t fit an ocean where it doesn’t belong – yeah, well, we tried it”

“Try and tell my heart what does, and doesn’t matter” 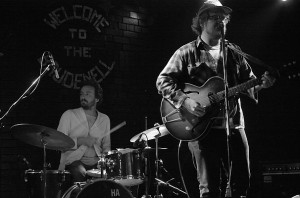 Light and steady drums carry the flow and words float past. Songs are pensive or sweet love tunes right up to the closer, Scumways. Lovely and rolling, the groove is warm and the content hazy.

We float out into the night. 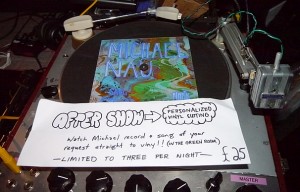