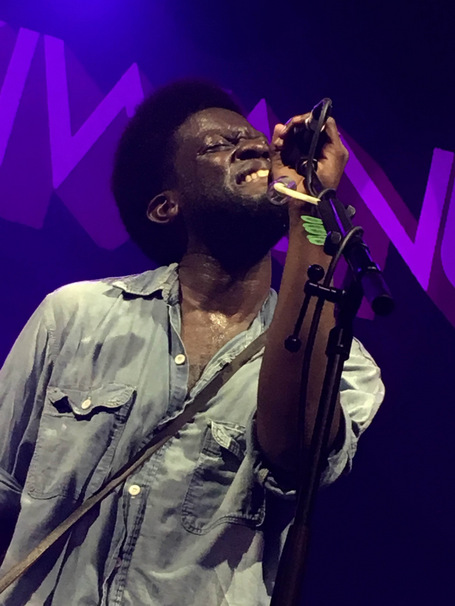 Michael Kiwanuka is a soul artist. When I first heard Kiwanuka I thought Ray Lamontagne, he also reminds me of Bon Iver. But to be honest Michael Kiwanuka is in a different league with his voice and the way his music entices your brain to drift. The guitar gymnastics from band member Michael Jablonka adds to this extraordinary vibe.

Kiwanuka is back with his second album, which has taken him two years to make. Marvin Gaye, Issac Hayes and John Lennon are all influences. He has always been obsessed with guitars after seeing a Jimi Hendrix documentary as a teen. His first album was about returning home, this one is now about leaving it behind.

The keyboard player starts off the show at The Art Academy with an instrumental introduction. The audience is diverse in age and nationalities.

Michael enters to cheers of respect. He starts to play on his guitar, it enters your soul and talks to you. The rest of the band slowly come on stage. Most of them are wearing shirts and jeans giving them a smart casual look. The band produces a funk sound that amounts to a haze of pure music pleasure. You forget where you are.

The first song is ‘Cold Little Heart’. Michael puts every part of his emotion into the song, the bass guitarist nods away to the groove and soul. The percussion drums and keyboard are all in the zone.

‘One More Night Till The Morning’ has the crowd moving and grooving. Kiwanuka’s voice is magical he mixes smooth tones with grittier ones.

‘Tell Me A Tale’ has a 70s funk feel. When Jablonka and Michael get into the instrumental part there’s a hint of The Doors. The range of sounds on offer gives the impression of being in a tropic forest. Gradually the sound softens and calms, as if night is falling.

‘Falling’ is slower paced. Jablonkas’ guitar cries out with twang. A lot of the intros and interludes, and the distorted guitar sounds, are reminiscent of Pink Floyd.

The band then start ‘Black Man In A White World’ with a hand clap which the crowd join in with. Michael starts to sing with no accompanying music, showing the cream of his voice.

With a promise to move into a more mellow vibe the band strike up a bluesy sound with ‘I’m Getting Ready’, Kiwanuka’s electric guitar trickling in.

In ‘Rule The World’ Kiwanuka reinfects some passion into proceedings. He really makes his tricky rifts look effortless. The lyrics are about how he’s trying to understand who he is in himself and how he has to leave everything behind to enhance this or he will lose his mind.

“We are going to play a slow jam now” says Michael, “So, eh, if you feel like you’ve got a partner with you today and you wanna hold hands feel free!” The crowd is full of smiles and laughter. Kiwanuka ends with ‘Fathers Child’. They all walk off leaving the synth player on stage doing a solo, the crowd basking in a warm fuzzy feeling.

The crowd get an encore ‘Love and Hate’ finalises the set, Michael ends up on stage by himself, with his acoustic twelve string guitar. Some say he’s like Otis Redding. I think Michael Kiwanuka is his own unique kind of wonderful. Just as well he’s back in May, and to a larger venue, tonight is a sell out. 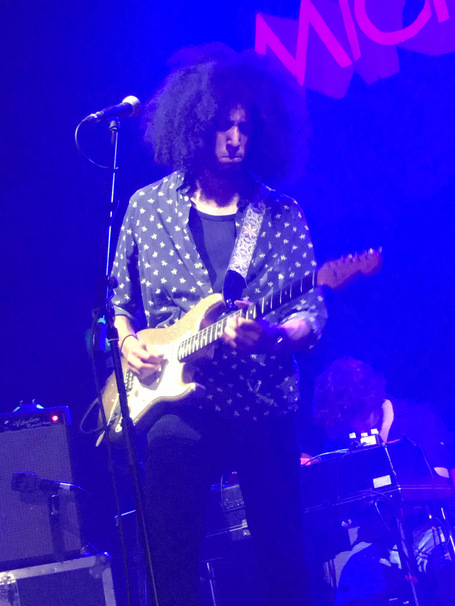