A band I‘ve always thought of as artists of the obscure and twistedly created, reveal themselves to be as sweet and occasionally twee as some mainstream pop I’d normally show the door to. In doing so, they widen my mind instead of earning contempt.

Mercury Rev have, for me, previously existed in a magical psychedelic wonderland, a place where expectations are suspended and protective perceptual barriers lowered. That’s mostly thanks to Dave Friedman’s deep and hypnotic production, one he steered The Flaming Lips to chart success with. For this album, Dave was busy and the band decided to go it alone, staying close to home in the Catskills (Donahue is now a father), trying to recreate the “Dave effect”. They don’t quite manage it and we are left with a few tropes – the backing choruses, chiming, bits of strings – plus a few oddities (snatches of autotune….). The biggest distinguishing feature is now Jonathan Donahue’s high-pitched voice; one we have previously heard singing about “moles in little holes” to alchemical effect.

On this set we hear about the love in family relations, lonely wandering in Central Park, dolphins, autumn colours, the pull of one person for another and finally, the excitement of buying and playing an album on vinyl. It’s the latter that almost broke the spell. I could hear a different band making this naff and that led me to thinking about how much the lyrics would have to be changed for that to happen. The answer is; very few. The appeal of the band today belongs in a wilful suspension of disbelief – but that isn’t a bad thing. We do that with other kings of simplicity – Jonathan Richman, for example, or every time we strut or swagger just because we’ve been listening to loud rawwwk’an’roll.

This is heart of the sleeve stuff. Emotional Freefall is a soaring and sweet evocation of free-flowing feeling and brings to mind bands like Prefab Sprout or BC Camplight – I hear it again in Are You Ready, with its references to “psychedelic rock and blue-eyed soul”. This is the band’s 8th studio offering, 7 years after the last (Snowflake Midnight). Having lived a lot since the last set, this album is intended to reflect a journey. It has the customary cinematic effect and, once you have surrendered yourself, the emotionally open lyrics have a hypnotic effect when delivered in Mercury Rev’s house style. Now a duo, Donahue and Grasshopper have been playing old songs and festival shows and felt the wonder in them, inspiring this return to the studio. “It’s like taking a drug, but not actually taking a drug,” Grasshopper reckons. “Just sit back and enter and immerse yourself.”

Obviously, no home is complete without copies of All Is Dream and Deserters Songs but people already blessed with those will find things to love here. 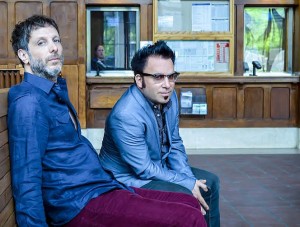