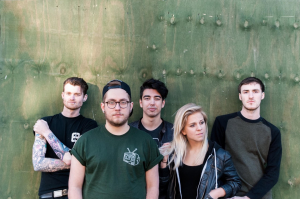 We may be heading into summer time, but in true British fashion, we’re still receiving floods- thankfully though, it’s floods of brilliantly exciting new pop punk from the UK’s ever expanding underground scene. Soon to be adding to the shower of new releases are Brighton’s Maypine, who, despite only forming in mid-2016, have already completed a highly successful run of shows and are being hailed as ‘one of the most exciting new pop punk bands in the UK’, and are now preparing to release their debut EP ‘In the Back of My Mind’ which is scheduled to arrive via Disconnect Disconnect Records on August 4th.

Maypine’s list of contemporaries reads like a who’s-who of star studded pop punk names, from blink 182 to State Champs and Neck Deep, yet despite their interstellar bundle of influences, Maypine have expanded their sound beyond the limitations of pop punk convention, creating a little nebula of their own, as ‘In The Back of My Mind’ bursts from the blocks, jam-packed with infectiously upbeat melodies, incessant, driving guitars and catchy hooks that will refuse to stop spinning around in your head! Produced by Ian Sadler of ROAM and Homebound acclaim, the EP plays on its own rough, youthful edges and quirks, and is all the more endearing and engaging for it from the first listen.

The band are setting out to tour again this summer to support ‘In The Back of My Mind’s release, with a hometown release day show in Brighton preceding a UK wide summer tour with rising stars Better than Never and Coast to Coast at a horde of intimate venues up and down the country. 2017 is set to be the start of something potentially huge for Maypine, so get yourself down to these shows for an unapologetically chaotic pop punk party! 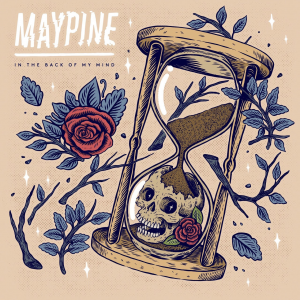 ‘In The Back of My Mind’ is due for release on August 4th via Disconnect Disconnect Records. Listen to the band’s new single ‘A Little Sooner’ which is currently streaming on New Noise Magazine here: http://newnoisemagazine.com/maypine-little-sooner-video/

Maypine are touring the UK this August with Better than Never and Coast to Coast at select dates. See below for dates and locations: