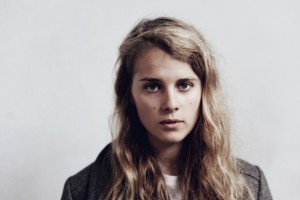 Marika Hackman is set to embark on her largest UK tour to date, which kicks off in a fortnights time with a full seventeen date run. She will be showcasing songs from her debut album We Slept At Last, which has garnered much critical acclaim atop its well-anticipated February release. Hackman has been heralded as an artist who is redefining the folk genre with her dark lyrics and the album’s foray into her brooding imagination.

The spring tour follows the success of  her dates in December and boasts intimate gigs across the UK. The run opens in Leicester on Monday 23rd March and travels across much of the UK to close in Southampton on Wednesday 15th April. This tour is sure to be something special and which such extensive dates Marika is sure to be playing somewhere close to you. It would be shameful to miss this remarkable album being played live. The dates are as follows:

Tickets are available through  – www.MarikaHackman.com

You can stream ‘Drown’ from We Slept At Last below: