Hailing from Cambridge, Alt- Rockers Mallory Knox have a lot going for them. Still climbing the ladder to success, they aren’t that far from the top step. This quintet have been knocking about since 2009, but it was 2012 before the band started to get noticed after they released a series of singles through record label ‘Wolf At Your Door’ (including favourites Wake Up, Lighthouse, Beggars and Hello). Their debut album Signals was released in 2013; reaching No 33 in the UK charts. But it was the second album Asymmetry in 2014 that got Mallory Knox firmly on the map, reaching No 16 in the first week of sales. 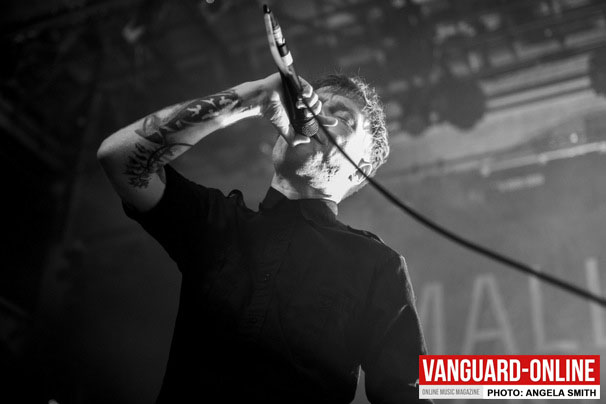 Although the new third album in Mallory Knox’s discography ‘Wired’ has had mixed reviews from critics, it reached No 18 in the charts on release last week. While the message behind each track are just as edgy as previous albums, the boys are laying bare their souls for Wired. Sam Douglas, songwriter and Bassist penned the lyrics on personal experiences of love, loss and anxiety. The sound is a little more radio friendly than what we are used to, If it helps them reach the notoriety they deserve, then so be it. 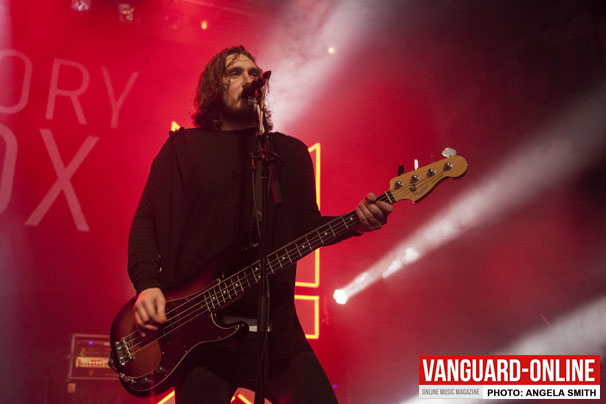 Whilst Mallory have been compared to other Alt-rock bands over the years- most notably, All Time Low their American counterparts. Although Mallory are changing their sound before trying to break America, you can still hear the English undertones-with similar sounds to other English Alt-Rock bands like You Me At Six and Deaf Havana (who shared the same record label as Mallory when they both first stared out). 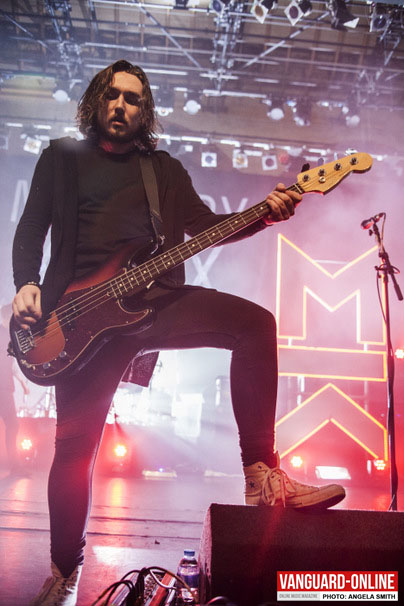 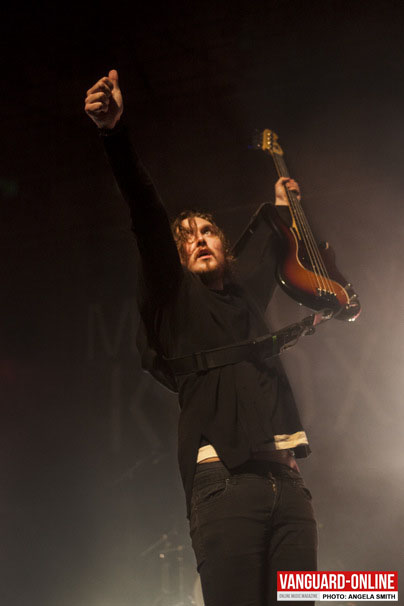 Appearing in front of two colour changing LED logo backdrops and a massive banner bearing the name of the band, rapacious applause and cheers fill the room as the lads take their places. Mikey Chapman has a twinkle in his eye tonight and a grin like a Cheshire cat. A hometown gig is always something special, but these guys have waited a long time to play this renowned venue. Although the Corn Exchange wasn’t fully sold out, people pushed to the front and the ones that were there, were there to party hard. 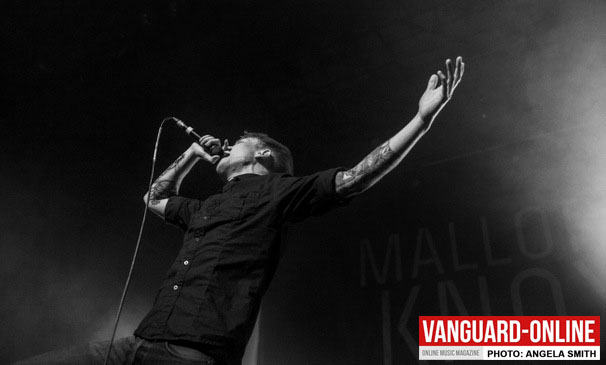 Opening with Giving It Up from the new album, it’s an example of the kind of the rock sound we are used to from Mallory, it was followed by hit track Ghost in the Mirror from album Asymmetry, an intense track with an undeniably catchy tune. Wired, title track of the new album, is perfect to showcase the smooth vocals and range of Mikey and Bassist and songwriter, Sam Douglas. People were soon singing along to the new songs, whether they’d heard the track before or not. The interaction between Mikey and the crowd no doubt helped to cement the love of existing fans, and attract some new ones, too. 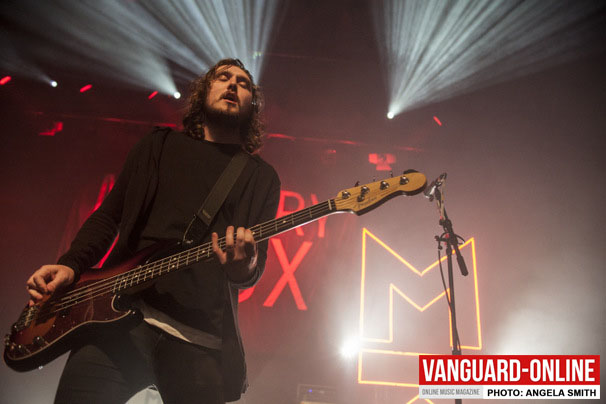 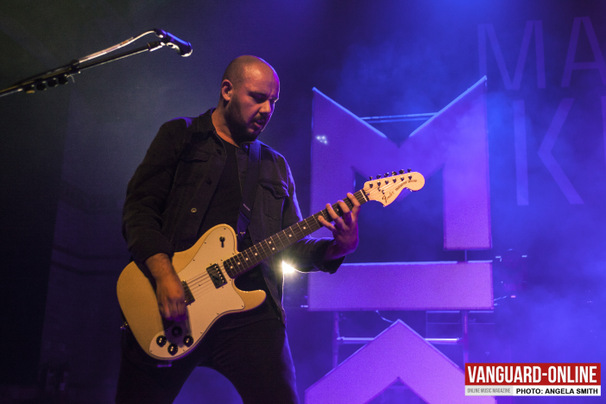 The occasional fight that broke out between the overzealous lads in the mosh pit during Getaway and California were soon forgiven when the next riff heavy track belted out- Beggars. During which the bass guitar and drum speakers were turned up so loud I could feel the music as well as hear it, which in its self- wasn’t a bad thing.

The tone then shifted to a noisy calm as the frontman asked the crowd; “Has anyone in this room ever fallen in love? How many of you have been in love and completely and utterly F****d it up? This song is about that”. Falling In Love is soft, moody and melodic until it reaches is desperate peak of despair towards the end, mirroring the stages of emotions in a messy break up. It’s easy to find yourself back in those emotions of teenage angst while listening to this song, you could see others were too as they sang along at the top of these voices with a flicker of pain in their eyes. 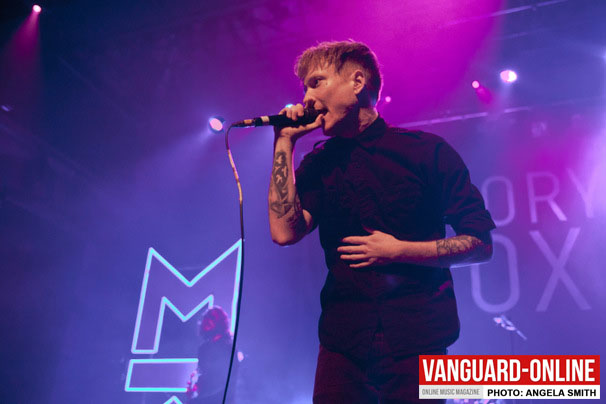 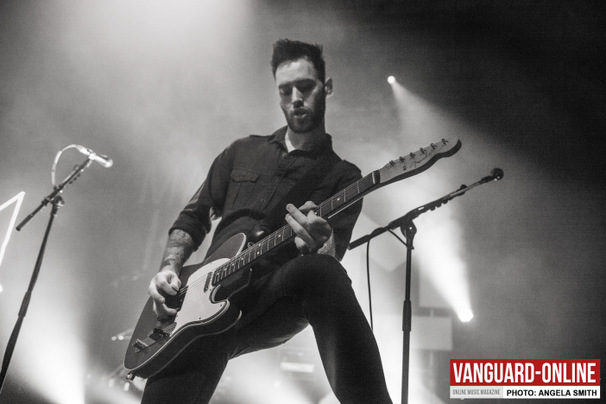 As Mikey apologises that his voice is f****d, (and I’m not surprised with the power going into that microphone) Dave Rawling the man behind the powerful drumming, doesn’t go unnoticed by the crowd-who break into chants of ‘Dave, Dave, Dave’, which is met with a hefty bass drum pulsating in time with the crowd. 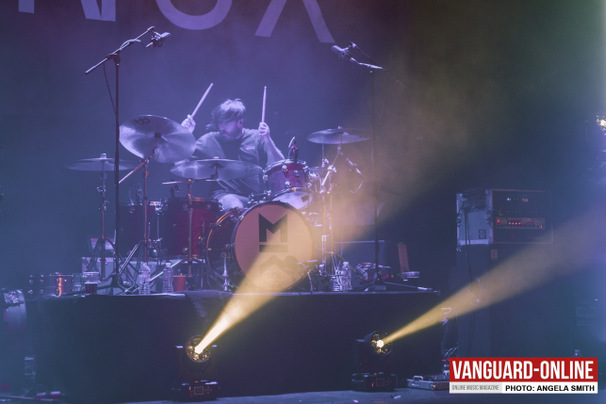 Highlight of the night was the last song of the evening, Saviour.

“Saviour describes a little bit of importance for me and for all of us too. It describes a scenario that we all find ourselves in, right here right now- socially and politically and I think it’s a little bit f****d up. What the F**k is going on man? – it drives me insane. Our generation are going to have to clear up this shit that they are laying down right now- what the F**k are we going to do? I want you to have a good time, and enjoy it with us, but I want you to get clued up, think about the future”

These days we stand confused just like a flock of sheep

Who’ve come to know their shepherds, getting harder to see

We’ll march together ‘till dawn in our new masterpiece 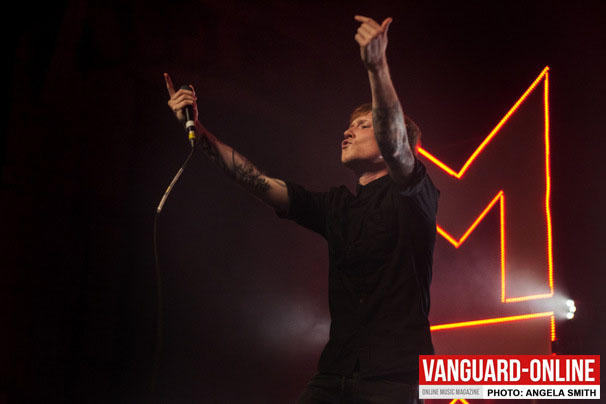 From the very moment Mallory left the stage, the crowd began “We want more, we want more!”- Surely a record time for the habitual cry for an encore. Returning to the stage to perform Lighthouse and new single Better off Without You, The song details issues around mental health and bassist Sam Douglas’ personal struggle with anxiety.  There are a lot of difficult issues the band is trying to address with this album; issues from sex to anxiety and depression and I think they do it well, a lot of people will be able to relate with the subject matter of these songs. 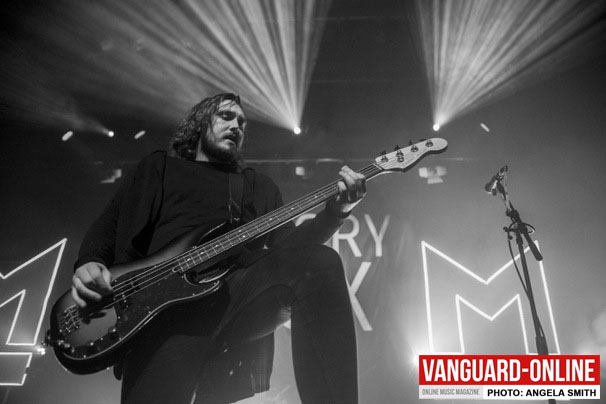 When the set is finally over ‘Dave, Dave, Dave’ jumps from his riser into the crowd with a GoPro, Mikey and the others proceed to shower the crowd with their bottles of water and sweaty towels, before leaving the stage in the knowledge that they came, they saw, they conquered The Cambridge Corn Exchange . 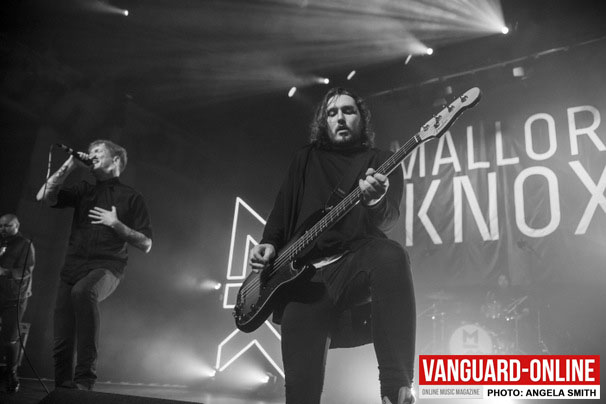 Get your copy of the new album Wired here : https://mallory-knox-2.myshopify.com/products/wired-cd