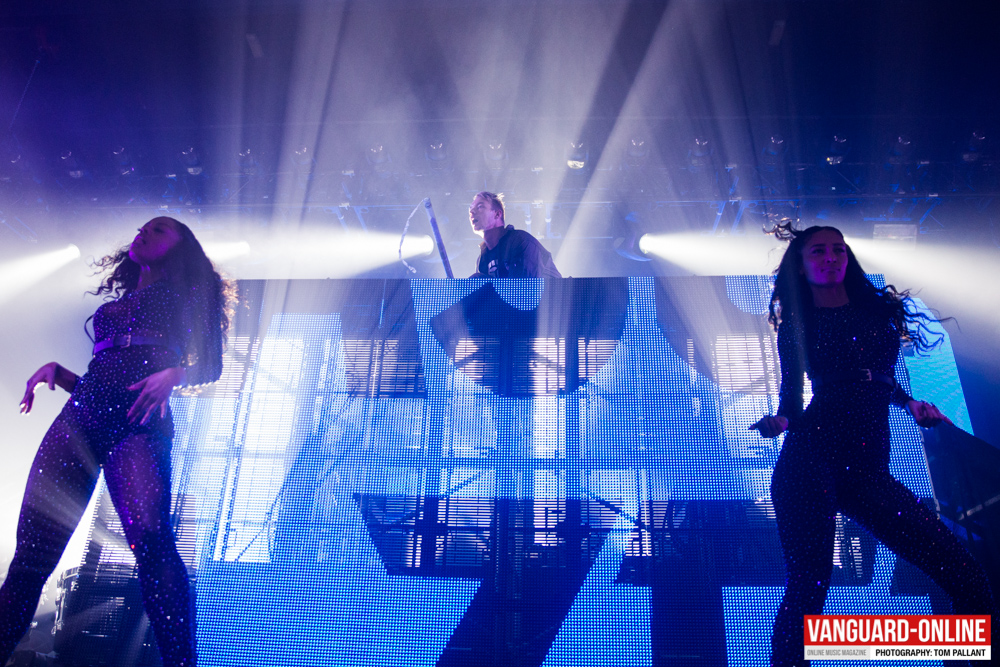 Having seen the odd clip from a Major Lazer show from bouncing around online, I knew that they were all about BIG production, and by ‘BIG’ I mean COLOSSAL. But nothing could have prepared me for what happened on 16th October 2015 in Manchester Academy.

The first support artists Mumdance & Novelist (7) get the small but growing crowd into a raucous gang echoing the response to “When I say energy, you say flavour! ENERGY..” from frontman Novelist. Right from the outset, the humble Manchester crowd are already vibing to UK grime artists. Their standout track “1 sec” is teased throughout the set so it comes as almost a relief that we can hear it in all its glory, before venturing into a freestyle from both ends with Mumdance creating beats from a Roland TR-909 which is a refreshing addition to see in  grime scenario, and Novelist spitting bars at impressive speed for a solid 5 minutes. It’s a shame that as their set comes to a close the venue is now half full as the humble crowd that have seen these guys could have been witnessing some of the the up and comers of UK grime. 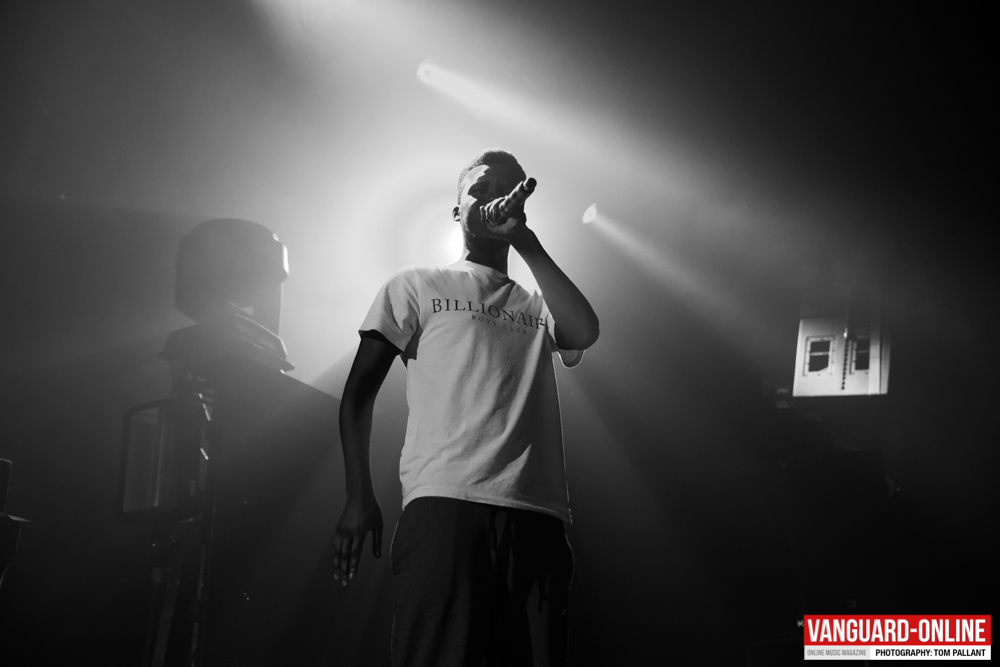 Swedish songwriter/singer/rapper Elliphant (8) hits the stage next and starts in the only way it seems fitting, with Major Lazer’s track “Too Original” which she features on from their latest release “Peace Is The Mission”. The speed at which she moves around the stage, and speed at which she ejects her words is breathtaking, and clearly necessitates the several large fans along the front of the stage, so they’re clearly not only for show. 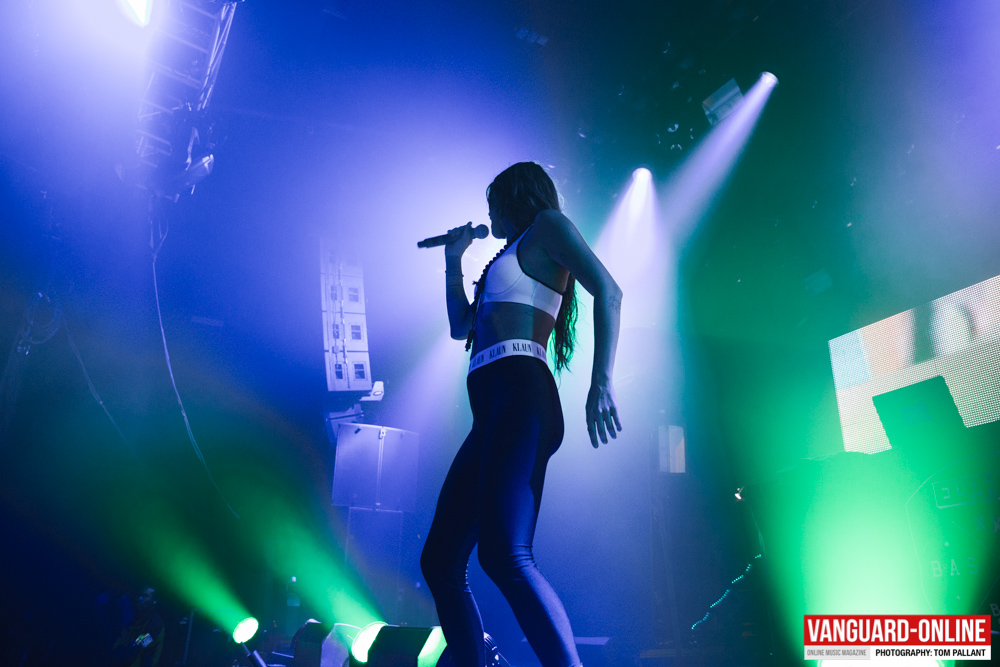 Her dark electro anthems, are clearly deeply rooted in Caribbean music with many of her vocals energetically thrown out with hints of a West Indian accent. It’s easy to see why she, and Major Lazer get on so well in collaboration. When she introduces “Purple Fire” an unexpectedly loud cheers erupts, probably due to the large number of FIFA players in the crowd recognising it from the soundtrack. In her 12 strong set, she never stops for a minute cutting shapes all over the stage venturing down to the extremely sweaty front row. One of the standout things of this performance is her brilliant vocal ability nailing every single note without fault throughout. It’s safe to say the Academy is thoroughly warmed up for what is bound to be an even crazier set from Major Lazer. 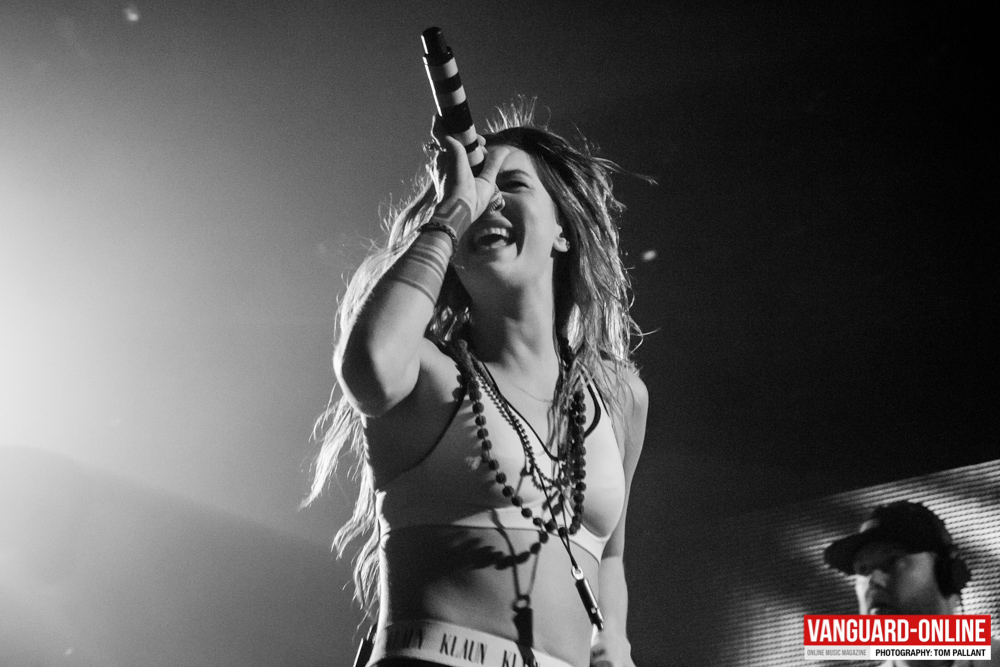 Major Lazer (9) have never been ones to shy away from being as adventurous as possible in their live shows and this world tour to promote their latest release Peace Is the Mission is certainly no exception. Huge LED screens erected onstage with the DJ booth located at the top of them is just the start of it, playing a countdown the start of the set getting the crowd even more riled up.

It’s not long before the crows favourite “Original Don” is blasted out mixed expertly with samples from “Intoxicated” by Martin Solveig & GTA, already teasing that this is going to be a set full of crowd pleasers from across all genres of electronic music. In timeless fashion Diplo already commands everyone to ‘get low‘ and chaos ensues, bodies being flung as if without their limbs attached. Already known as a regular zorb enthusiast, Diplo dons the plastic ball and speeds away rolling his way a cross the crowd all the way back to the sound desk like a hamster on red bull, managing to keep his balance on the adoring crowd holding his weight. 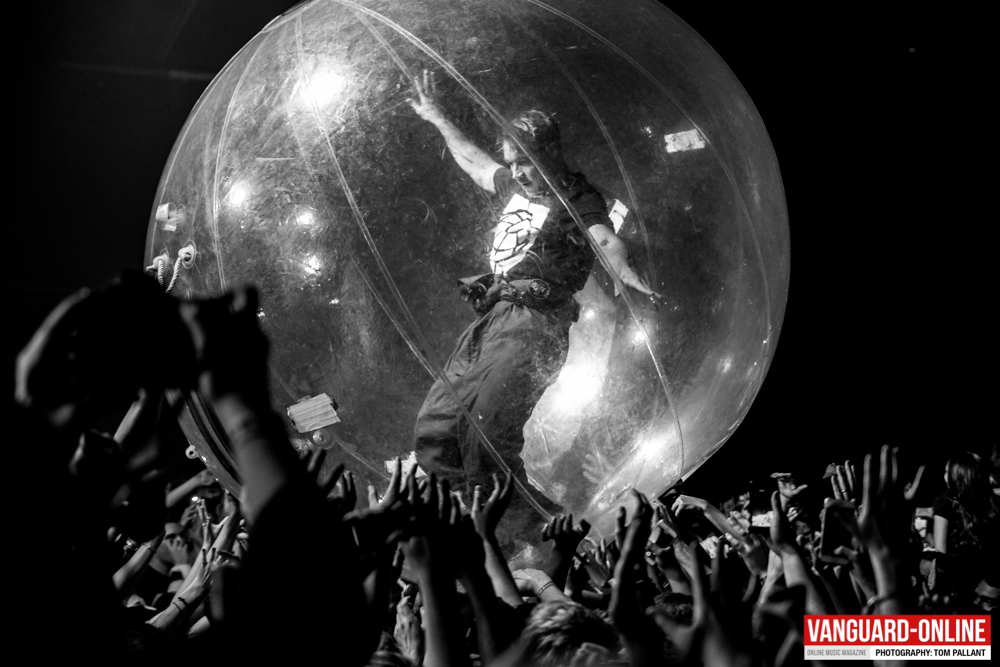 The darker “Roll the Bass”  and synths instantly recognisable with almost horror movie like menace sends already crazy fans into an even deeper state as many attending continue with their furious jaw workouts. Always a decision that can part a crowd is to sport a certain city’s football shirts; but one way to get around that is bring a selection, which is exactly what they did. Diplo bearing the infamous red of Manchester United, and The Jillionaire bearing the Manchester City seem to have all the bases covered.

No-one could have been prepared for what unfolded when suddenly the sampled screams from Justin Beiber’s track “Where Are You Now” as if everyones suddenly got an extra spurt of energy, dancing even harder if that’s even possible. 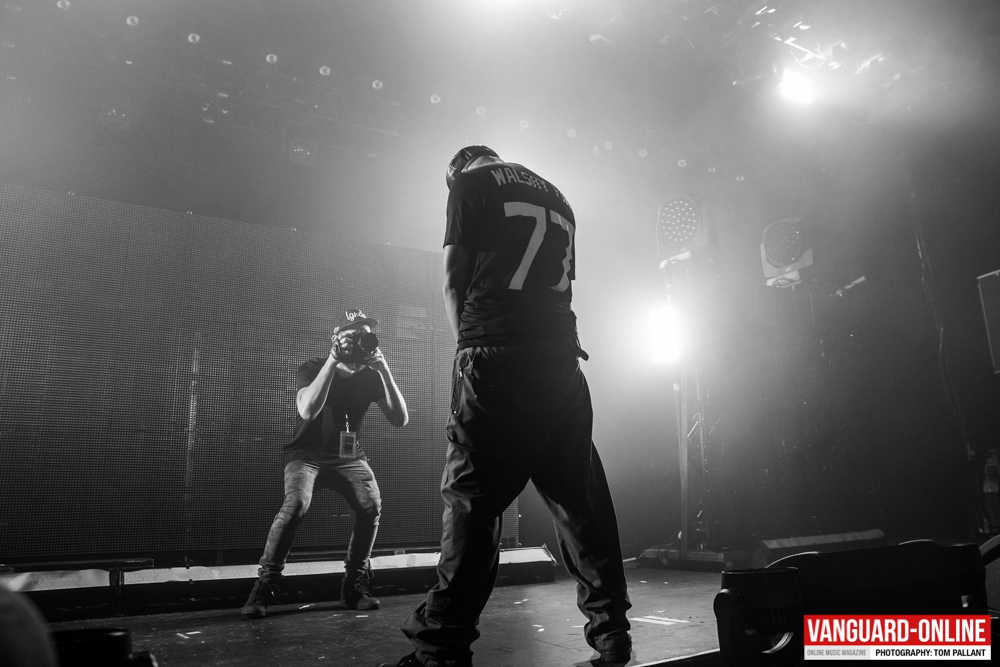 Some could say that paying what seems like a large amount of money to see this show, that there is surprisingly little of their new album being played which judging by some people’s reaction leaving the venue is very much the case. Nevertheless some of their classic were present a select few off the new album.

Having left the stage to “end” the show, its plain to see that they couldnt leave without playing the #2 single “Lean On” before leaving for the next leg of their tour. Although peace may have been the mission, it certainly wasn’t successful this evening, and all you need to do is look at the faces of those leaving to know that’s true. 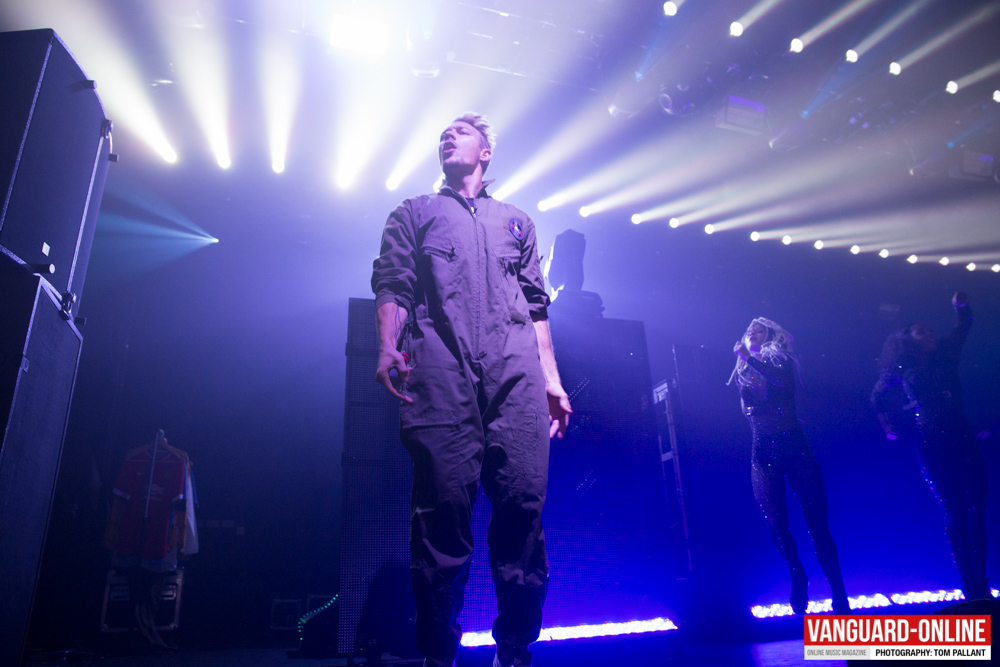